Seattle, February 24 – E-commerce giants such as Amazon expressed approval today for the announcement by Somali terrorist organization Al-Shabaab calling for attacks on “Jewish-owned” malls around the world.

The Al-Qaeda-affiliated militant group in the Horn of Africa attempted to take its message and strategy onto the global stage yesterday with a message encouraging Muslims to attack retail shopping centers, taking aim at what they view as strongholds of Western and Jewish wrongdoing. The management of various large malls across the US – notably the Mall of America in Minneapolis – have beefed up security and tightened their contacts with law enforcement agencies as a result. In the meantime, online sellers such as Amazon, Overstock, Land’s End, and others are expressing satisfaction at the turn of events. 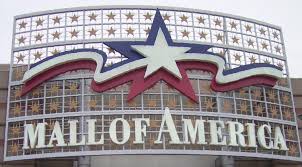 “Our hold on the retail market has never looked more secure,” said Amazon CEO Jeff Bezos. “Our marketing strategy will now of course incorporate reminders that customers are more than eight times as likely to face deadly terrorist attacks at a shopping mall than they are shopping online.”

Other companies report that they have gone so far as to invite further violent rhetoric from Al-Shabaab and its affiliates in the Middle East and Africa. “We intend to feature senior figures in the Islamic State, Al-Qaeda, Boko Haram, Hezbollah, and various other radical groups in our next ad campaign,” said E-Bay CEO John Donahoe. “They target more or less the same demographic that we do, and the synergy we can generate will benefit both parties.”

“Except maybe some consumers who will suffer death or dismemberment as a result, but we hope it doesn’t come to that,” allowed Donahoe.

Online commerce has supplanted many erstwhile brick-and-mortar powerhouses. Music and book sales have migrated largely out of actual stores and onto the web, where downloads have all but replaced sales of physical media such as CDs. Even the sale of physical items such as apparel has shifted: every major retailer maintains an online portal to reach the millions of potential customers who no longer see the shopping mall as the default destination for finding and making their purchases. The all-online sellers are betting that Al-Shabaab’s stated intention to target those brick-and-mortar establishments with, for example, actual mortars, will help complete the transition to an all-e-commerce retail economy.

The only sort of establishment that has proved resistant to the migration away from malls is the food industry, but Bezos sees a sea change afoot in that arena as well. “Home delivery of fast food and groceries is commonplace already, so a further shift in that realm is certainly not out of the question,” he noted. “But what we foresee is an economy that completely frees the consumer from the need to set foot outside, and what better way to leverage market forces toward that vision than a clear and present danger of being blown up, stabbed, run over, burned, beheaded, raped, shot, dismembered, poisoned, strangled, slashed, or bludgeoned to death by savages?”