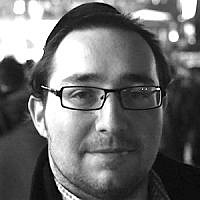 The Blogs
Etan Vann
Apply for a Blog
Please note that the posts on The Blogs are contributed by third parties. The opinions, facts and any media content in them are presented solely by the authors, and neither The Times of Israel nor its partners assume any responsibility for them. Please contact us in case of abuse. In case of abuse,
Report this post.

To Hallel? Or not to Hallel? This has become one of the biggest contemporary halachic (Jewish Law) discussions, to the extent that it perhaps might be the the biggest divider in the Orthodox Jewish world. In some religious institutions, such as Yeshiva University, it wouldn’t be a conceivable notion to forgo a celebration on Yom Ha’aztmaut, the day Hashem gave us back our land. In other places, like Mir and Ponevitch, the notion would be ridiculed, on the basis that the early zionists were anti-religious individuals set after the destruction of traditional Jewish values.

And yet, as in most areas of discourse, people must choose how to act. The Yeshivish and Chareidi groups choose to disregard Yom Ha’atzmaut while the Datei and Modern Orthodox groups choose to celebrate with festivities. And what does each group think about the other? They would each critique each other, claiming that the other side chose the wrong path while their own side chose the right patch.

In the Religious world, we will have dispute. So many aspects of our religion are filled with many varying and diverse opinions. How the indidvidual practices represents the choices between opinions. For example, there are four different opinions on the order that the chapters of the Tefillin are supposed to be written. The custom is usually to follow Rashi, with some people choosing to don an additional pair  of Tefillin in order to follow Rabbeinu Tam in addition. Yet those who don’t put on Rabbeinu Tam don’t attack those that do and vice versa. But when it comes to Yom Ha’atzmaut, there is such a divide that you can feel the tension between groups that practice in different ways.

Perhaps the biggest problem that the Ultra-Orthodox have with Yom Ha’aztmaut is that it falls out during the Omer. Traditionally, the Omer used to be a time of celebration, to the extent that some Rabbis in the Talmud gave it the same status of Chol Hamoed. for the past 1900 years however, the Rabbis decreed it to be a time of commemoration and growth remembering the 24,000 students of Rabbi Akiva. The Talmud tells us that they died due to their inability to respect each other.

1,900 years later, on the same period we created to commemorate what intolerance did to Rabbi Akiva’s students, we find ourselves criticizing each other’s practice. This article is not being written to say one side is right or wrong. To the contrary, we see in many places of our tradition that there is more than one correct approach. I’m writing this article because I’m tired of everyone, myself included, criticizing each other and failing to see the correct different opinion on various matter in the Jewish world. We are fractured enough as it is. We need to start coming together, regardless of opinions, and becoming the light upon the nations. Yom Ha’atzmaut falling out during the Omer is a wakeup call to start respecting each other again. You don’t have to agree with or do what someone else does, but you have to respect them and their opinion.

May there come a day soon where we can see the beauty in each other’s choices and live as God’s chosen people unified as one.