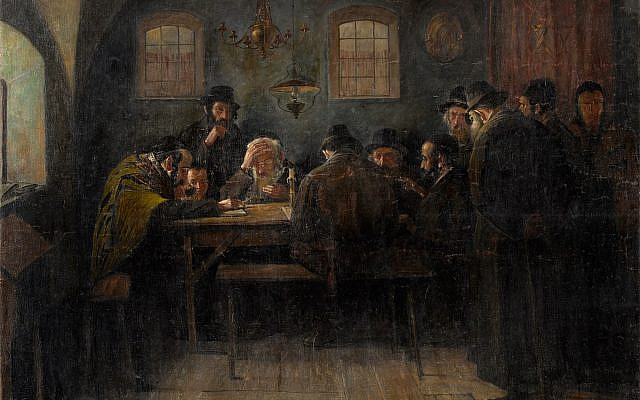 In Homophobia is the Real Abomination, Rabbi Mike Moskowitz painfully distorts biblical verses and denies crystal clear halachic rules so as to effectively justify homosexual activity and gay pride, while labeling critics as “homophobes.” Moskowitz then conflates having homosexual desires with acting upon them and proudly advertising one’s homosexual inclinations.

Leviticus 18:22 is the verse most often cited as declaring divine opposition to homosexuality. In that verse, the men of Israel are warned not to lie with other men as they do with women since that is a toeiva. Although homophobic cultures project great certainty on the meaning of the word toeiva, usually translated as abomination, in the times of the Mishnah it was much less clear. The Talmud, in Nedarim 51a, tells a story of Bar Kapara and Rebbe, the redactor of the Mishnah. Bar Kapara asks Rebbe, “What is the meaning of the word “toeiva?” Rebbe offers answers and Bar Kapara rejects them. Eventually, Rebbe asks what Bar Kapara thinks the word means. Bar Kapara explains: תועה אתה בה, understood by the commentaries as ‘you are straying from your wife to be with another man’. We have further evidence that toeiva is connected to deceitfulness…

Moskowitz castigates members of the straight community for rejecting those with same-sex attraction, whereas in truth, what is being rejected is the proud advertisement of the homosexual lifestyle – something quite different. As I wrote in this recent article:

Although those suffering from same-sex attraction should not be judged or vilified, and those who overcome their urges and adhere to the Torah are true tzaddikim, we are dealing here with people who defy and advertise their being at odds with the Torah’s values.

Rather than focus on what the Torah really has to say about homosexuality, Moskowitz aims his fire at those who accept the Torah, falsely accusing them of various infractions, fabricated by Moskowitz in order to defend the indefensible, and comparing the objects of his criticism to Esau and Amalek:

Being objective and separating out one’s own prejudices and privileges is really hard. It is so much easier to keep and defend them through a false piety. Esau, the source of Amalek, demonstrated this hypocrisy by asking his father how to tithe salt, while living a violent and immoral life. We are all suffering from the inherited trauma of religion.

Moskowitz dresses like a Charedi rabbinical leader while at the same time serving as clergy at a gay Reform temple, as he pens article after article about gay pride, in which clear Torah axioms are ignored and turned on their heads, and critics are smeared as being the real Torah violators. This is not accusatory or hearsay; please see the above links and judge for yourself.