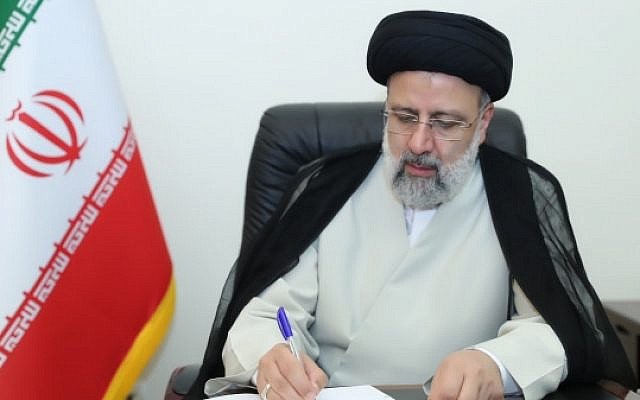 Ibrahim Raisi is in between a rock and a hard place. Israeli politicians and other officials are making bellicose statements about taking out Iran’s nuclear capacities. Both sides are hostage to a geriatric White House with an administration which is reliving the hangover of the Obama administration, desperate to prove that the Joint Comprehensive Plan of Action (JCPOA) also Obama’s lingering legacy, was useful to the world.

In 2021, the moves are almost from the 1960’s, when today’s leaders were young men and there was the risk of a nuclear war with the Soviet Union. Its seems like a modern version of the Cuban Missile Crisis. All three sides are wrong and these strategies would really lead to no where.

Iran is a developed society, till the 1979 Islamic revolution, it was the Mossad which trained and enabled the Shah’s SAVAK with the CIA. The universities in Iran have been top notch, with Iranian physicists, mathematicians having been in par with their western counterparts. While the Islamic revolution has weakened this system it hasn’t broken it. Iran’s nuclear program was kick-started by Pakistani nuclear scientist A.Q.Khan and now it is home grown. The Iranian scientists with their home grown domain knowledge will be around to quickly rebuild what Israel can destroy with states such as Pakistan readily standing by to supply any missing equipment.

Iran is also moving quickly into China’s sphere. There are few doubts that China will provide Iran with technology and equipment, even if it is only to irritate the west and underline its point of “non western democracies”, which it has been trying to defend.

Iran also inspires, funds and maintains proxies from Venezuela to Lebanon, which are not only paramilitary organisations but also deeply involved in several criminal activities including the lucrative drug trade and commerce in antiquities. An attack on Iran, if it does not have an immediate military reaction, will have an indirect one through one of its proxies.

Most importantly, Israel will not achieve what it wants to achieve, the destruction or significant delay of Iran’s nuclear program.

The Obama White House proved that red lines in the sand were made to be moved and the Biden White House has hastened the demise of Pax Americana. The US has withdrawn from Afghanistan handing it over to a barbaric motley government of Islamists (the Taliban). Iran was a direct witness to this botched, furtive and hasty withdrawal by the Biden White House, given the land border it shares with Afghanistan. Terrorists who are still on the US government’s most wanted list now run a “government” in Kabul using repurposed military equipment that the US abandoned in its haste.

There is no telling what intelligence Iran has been able to buy from the Taliban, but just the withdrawal has made it very clear that Biden isn’t going to war anywhere, anytime soon-no matter what the objective. This emboldens the Iranian regime who do not believe that their actions will have any serious military consequences.

However the new West Asian quad, includes the US, India and the UAE along with Israel. This new alliance has a historic Iranian ally, India who still has extremely strong relations with one of Iran’s key allies, Russia. Even a hawk like Raisi, will be hesitant to pull India, Russia and a newly found peace with the UAE and GCC in peril by going to war with Israel.

What Raisi fears the most is the Iranian economy. While the ageing revolutionaries in Tehran are brilliant at jingoistic rhetoric, the millennial internet age has taken over and the youth in Iran are waiting for opportunities that youth in other prosperous countries have. The nuclear program has cost Iran a lot, not just to develop it, but the sanctions have impoverished the country. The youth and the masses understand that in 2021, a nuclear program is not even a deterrent. The use of a nuclear warhead would mean immediate isolation and destruction.

This is where the disconnect begins, the Iranian people, specially the youth, wonder if this obsession of the older generation is worth the sacrifice. Protests have already started in several key cities. Dubbed the Uprising of the thirsty protests are against water shortages. Teachers are protesting low wages and arrests of other teachers.  Regular blackouts, lack of finance and trade opportunities, rising inflation environmental degradation, water shortages, high unemployment are just some issues that keep Raisi up at night. These are also issues which could quickly unleash another revolution, a “Persian spring” of sorts, in 2022.

While only sanctions will not destroy the Iranian economy which has proven resilient to sanctions over the past decades, it is a matter of time that the “Iranian theocratic model” fails. Iran’s proxies are almost more powerful than its own inventor, and this will be a cost to pay in the future. The more orthodox parties in the Iranian political landscape have distanced themselves from Raisi already, given his inability to resolve the pressing problems of the economy which was a part of his electoral appeal. Raisi who has his eye on the top job, after the Grand Ayatollah Khameni must come to a conclusion which will allow him to maintain credibility and save the Iranian economy, otherwise he risks the entire Islamic republic.

Israel must keep the pressure on, specially use allies like India and the UAE to maintain continued pressure Iran and the US. It should not just engage the US and try and convince the White House of the futility of an Iranian deal, but also engage Russia and “persuade” China, which has a lot to lose if Israel were to start distancing itself from the People’s Republic. This is one situation where Israel must make its hawks stand down and push ahead with a diplomatic offensive-look east, emulating Iran. It should work on convincing the Biden White House, Russia, China, the EU and all other allies that cannot be a deal with Iran without Israel’s involvement, knowing fairly well that time and the Iranian economy are Raisi’s main enemies and will be his eventual downfall. What is left, the proxies will devour. The missiles for now, should remain in their silos.