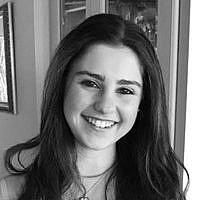 The Blogs
Rachel Silvera
Apply for a Blog
Please note that the posts on The Blogs are contributed by third parties. The opinions, facts and any media content in them are presented solely by the authors, and neither The Times of Israel nor its partners assume any responsibility for them. Please contact us in case of abuse. In case of abuse,
Report this post.

“Rachel, Rachel! You’ll never guess what happened yesterday! I came home from camp, walked into my house and said ‘mom where are you??’- in English!!”

Sitting on the plane from Ben Gurion to JFK, I thought about my last few weeks in Israel and couldn’t help but smile as I remembered the morning my camper Zohar came running into camp to tell me that she had “accidentally” spoken English to her mom instead of her usual Hebrew.

For the past three weeks, I’ve been a counselor at Yeshiva University’s Counterpoint summer camp in Dimona, Israel, teaching English to underserved and at-risk Israeli middle- and high-school students. I was selected as one of 29 Yeshiva University student-volunteers to help run a summer camp in one of three cities in the south of Israel – Dimona, Arad and Kiryat Malachi. As a staff member, I functioned as both counselor and teacher: in the mornings, we were paired up to teach English lessons to classes of campers, while in the afternoons we participated in activities with the campers, such as baking, sports, art and dance. During camp we went on trips to places like the Coca Cola factory and the Blind Museum.

As an education major at Stern College of Yeshiva University, I couldn’t have been more excited to have been selected to participate in this program. Not only would I be able to experience teaching roles in both informal and formal educational settings, but I also would be able to go to Israel and see the land through the eyes of Israeli’s, not just through the eyes of a tourist. At the same time though, I had no idea what being a counselor at the Counterpoint Israel Program would entail.

Yet three weeks later, sitting on the plane back to New York, I felt a sense of fulfillment and happiness as I reflected on my time in Dimona – thinking about Zohar and all of the other campers I worked with. It was only after my time in Israel that I really understood what it meant to be a counselor for the Counterpoint Israel summer camp.

To be a Counterpoint counselor in Dimona is to show the campers that you care – because compassion is a language everyone can understand. It’s walking into camp and greeting each one by name with a high five or an enthusiastic “Hey! Boker Tov!” It’s showing the campers that they, too, can speak English – even if it means repeating after me, word by word, again and again, until they can say the sentence, “Hi, nice to meet you”.

To be a Counterpoint counselor in Dimona is to watch the language and cultural barriers breakdown before your eyes as you get to know the campers for who they are. It means being able to look at the campers and see them for their strengths and their talents, not the fact that they are from underprivileged backgrounds.

To be a Counterpoint counselor in Dimona is to be able to be present, to really be “there” in each and every moment of camp. It means having your phone on you, but not really feeling the need to be “on” your phone.

To be a Counterpoint counselor in Dimona means working with the campers who at first may seem shy or quiet, and then watching them break out of their shells and surprise you. Every day I would come into camp and argue with one particular quiet camper, insisting that it was a “good morning” that day and not just a plain “morning” as she insisted it was. This went on every day until the last day when she said goodbye and told me how much she loved my “good mornings”. During the last week of camp, one of the campers had a friend come to visit her in camp. When the friend realized that this was a camp in English, she turned around and said in Hebrew “Summer Camp in English?? I could never do that!” Much to my surprise, my usually quiet camper spoke up and started arguing back: “No you don’t understand, this camp is amazing! The counselors are so helpful! I also didn’t know English at first but I’ve gotten so much better!”

To be a Counterpoint counselor in Dimona means not just going to Israel to teach the children there but having the opportunity to learn from the campers and, more importantly, to learn with them. It means noticing the campers who stayed behind to clean up after an activity, or the campers who ran over to help a friend who fell down, and learning from their kindness and compassion. It means watching the camper who always pushed herself to speak in English, no matter how much she struggled, and remembering as a counselor to always try something that may be challenging or outside your comfort zone. It means speaking Hebrew and messing up in front of the campers to show them that it’s okay to try to speak English and mess up, too.

To be a Counterpoint counselor in Dimona is to realize that you’re not going to Israel to help strangers — you’re going to help your Jewish brothers and sisters, even if you don’t know it before you get there. It’s looking around in amazement when you realize just how close the bonds are formed in camp after only two weeks. It’s reminiscing on just three weeks of camp and not being able to imagine life without knowing these incredible, funny, happy, and inspiring campers.

In short, to be a Counterpoint counselor in Dimona means to turn around and realize that the very place you impacted left an even greater impact on you.

About the Author
Rachel Silvera was born and raised in New York. She graduated from Stella K. Abraham High School for girls in 2016, and spent the following year studying in Israel at Michlelet Mevaseret Yerushalayim. Rachel spent this past summer participating in Yeshiva University’s Counterpoint Israel Program as a counselor at the Dimona campsite. She is an incoming Junior at Stern College for Women at Yeshiva University, majoring in education.
Related Topics
Related Posts
Comments