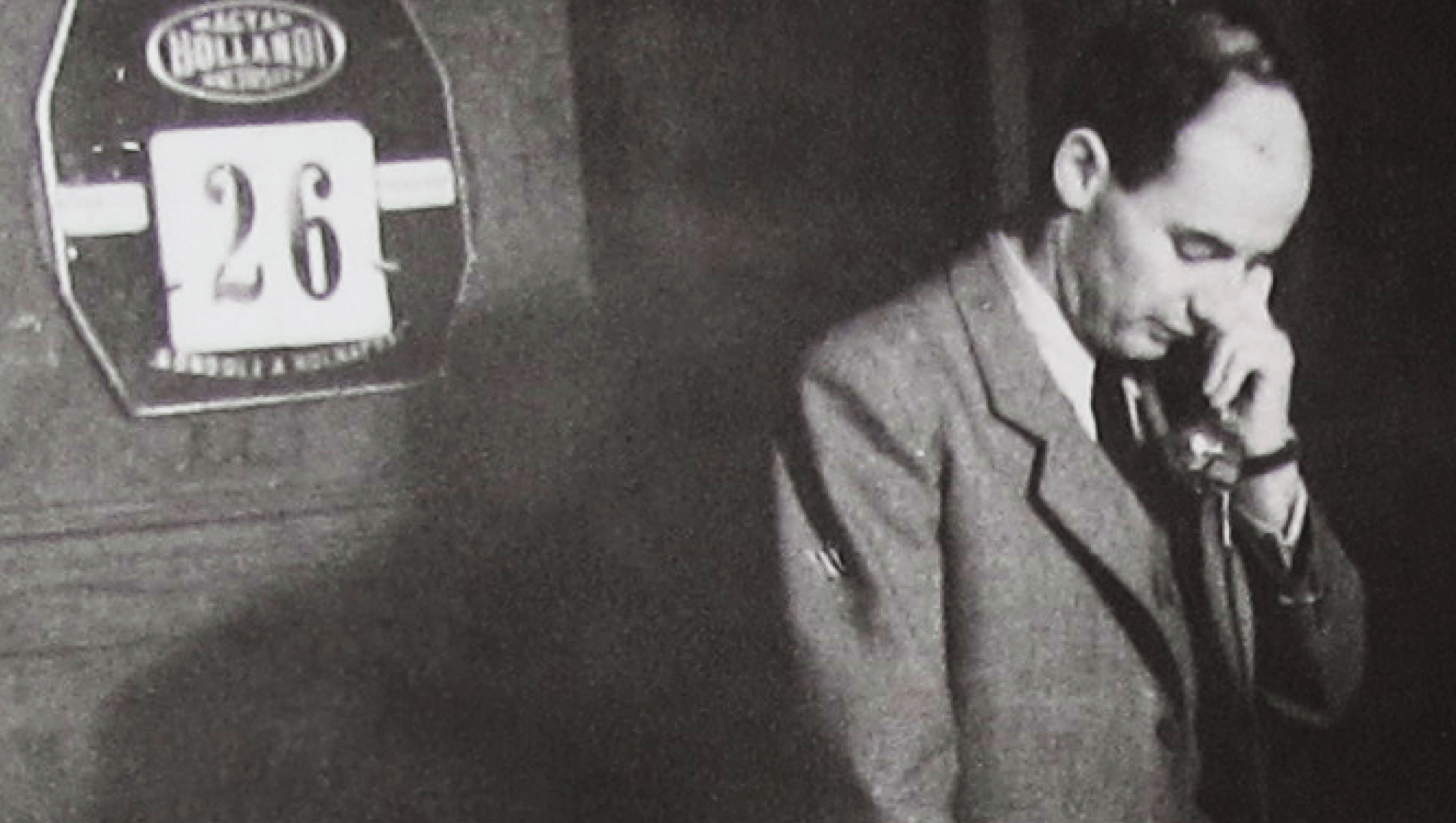 One of the most remarkable heroes in the annals of history was born 109 years ago, on August 4th, 1912. His name was Raoul Wallenberg. At the age of 32, he set in motion an awe-inspiring rescue operation. In only 184 days, he managed to save the lives of thousands of Hungarian Jews who, otherwise, would have turned into ashes in Auschwitz.

I was born in Argentina into a traditional Jewish family in one of Baron Hirsch’s colonies. I was lucky to grow in a peaceful country, far away from the horrors of the Shoah which nonetheless has marked my life forever. My robust Jewish education has taught me the value of Hakarat Hatov, which in Hebrew means “Recognition of Goodness”, one of the key tenets of Judaism.

Hence, most of my adult life was devoted to exercising this gratitude and that is how, several decades ago, I co-founded the International Raoul Wallenberg Foundation, together with my late friend, US Congressman Tom Lantos (the only Holocaust survivor to ever serve in the United States Congress and himself, one of the people who had been saved by the Swedish hero). Nowadays, I lead the NGO together with my friend, Eduardo Eurnekian, a renowned businessman and philanthropist who, like me, was born in Argentina, but into a family of survivors of the Armenian genocide.

A lot has been written about Raoul and his feats.  In a nutshell, as a scion as one of the most powerful Swedish families, he had ahead of him a bright future. Instead, he opted not to stand idly by and confront the evil Nazi regime by plunging himself into a courageous mission that would save the lives of scores of Jews and end-up in a tragedy for himself.

Wallenberg was bright, resourceful and audacious. His organizational skills were superb. As soon as he arrived in Budapest, on July 9th, 1945, he started to work nights and days, recruiting hundreds of volunteers and diplomats from neutral countries with the aim of saving as many people as possible. He was a charming socialite who cajoled key people in the Hungarian elite and did not hesitate to bribe or threat those who were reluctant to cooperate with him.

He opened more than 30 safe houses protected by the Swedish flag, providing shelter to thousands of people. Knowing the German fondness for official papers, colors and stamps, he designed a Schutzpass, which was a sort of certificate, devoid of any legal validity, which made an impression upon the Nazis thus granting certain degree of immunity to thousands of Jewish holders. On occasion he actually risked his own life, going to sites were Jews were being rounded-up for deportation or immediate execution, demanding from the Nazi officers to release at once his “Swedish compatriots”.

All in all, it is believed that Wallenberg and his network were responsible for saving the life of tens of thousands of Hungarian Jews.

By the end of 1944, Wallenberg understood that the Nazis would be defeated by the incoming Red Army. Worried about the future of the Jewish survivors under the new masters, he arranged a meeting with Marshall Rodyon Malinovsky, supreme commander of the Soviet forces in the Hungarian front, precisely to ensure the well-being of the Jewish refugees.

Unheeding the advice from his colleagues, who were worried about the impending perils, he instructed his loyal aide and chauffer, Vilmos Langfelder, to drive him all the way to the Headquarters of the Red Army, situated at Debrecen. The date was January 17th, 1945. Instead of meeting Marshall Malinovsky, both men were arrested by the SMERSH (counter-intelligence unit of the Soviet Army) and rushed to Lubyanka prison in Moscow.

Analysts believe that Wallenberg and his driver underwent harsh interrogation and at some point were executed by their captors.

What were the reasons behind Wallenberg’s arrest and probable executions? This question remains unanswered. Perhaps Stalin thought the young Swede was an American spy? Did he see him as a bargaining chip in his post-war negotiations with the allies?  Was he trying to blackmail the powerful Wallenberg family, knowing its wartime and post-war deals with the Nazis, as depicted by Gerald Aalders and Cees Wiebes in their book “The Art of Cloaking Ownership“? 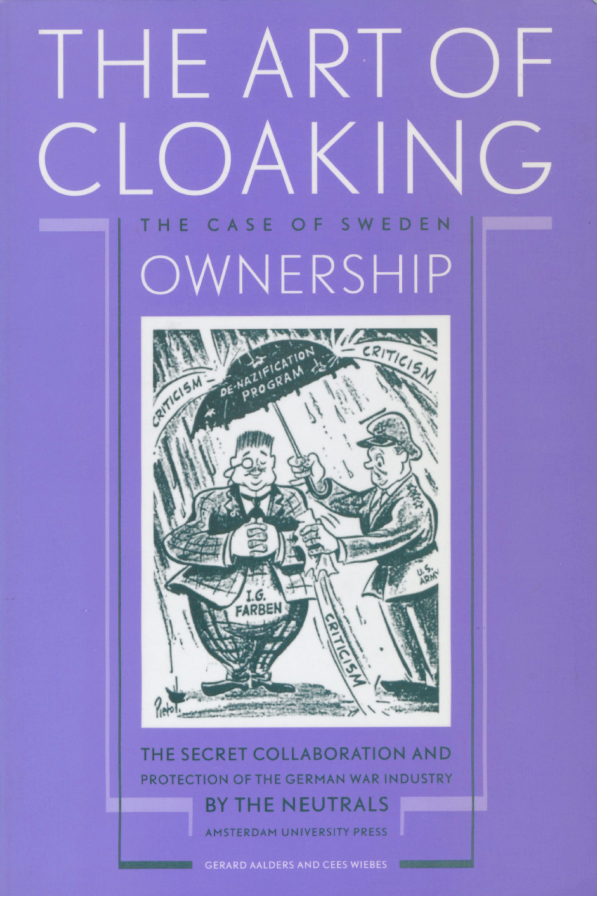 All these are conjectures, but one thing is for sure and it was formulated in unambiguous terms by the former Ambassador of the Russian Federation in Canada, Mr. Alexander Darchiev to the effect that Wallenberg was assassinated by orders of Stalin.

I strongly believe in the veracity of Ambassador Darchiev’s statement and knowing the vertical structure of the Soviet apparatus in Stalin’s day, it would be save to surmise that the liquidation of Raoul Wallenberg was properly documented.

In the 109th anniversary of his birth and 76 years following his disappearance, we still urge the Russian authorities to enable unfettered access to the Soviet wartime secret archives, as they might shed light into the fate of Raoul Wallenberg.

Russia of today is not to be blamed for Stalin’s crimes, but it certainly should show good will and cooperate in the efforts to put closure to this personal tragedy.

Regrettably, the efforts by the successive Swedish governments and by Raoul’s powerful relatives to extricate him from the Soviet inferno, were lukewarm at most, as suggested by historian Peter Axelsson.

The Wallenberg Foundation will continue paying tribute to this remarkable rescuer and looking for credible answers in regard to his fate.

In our latest Board Meeting we have decided to launch a campaign to emplace monuments dedicated to Raoul Wallenberg in the main cities of the world and to that effect we are now contacting the relevant authorities.

Quoting my dear friend, Former Minister of Justice, Prof. Irwin Cotler, “Wallenberg was a beacon of light during the darkest days of the Holocaust, and his example remains so today”.

I agree. As such, he deserves to rest in peace under a proper marked grave, next to his dearest people.