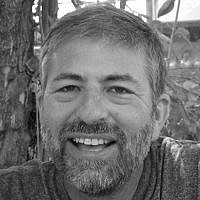 The Blogs
Jeremy Benstein
Hebrew Roots, Jewish Routes
Apply for a Blog
Please note that the posts on The Blogs are contributed by third parties. The opinions, facts and any media content in them are presented solely by the authors, and neither The Times of Israel nor its partners assume any responsibility for them. Please contact us in case of abuse. In case of abuse,
Report this post. 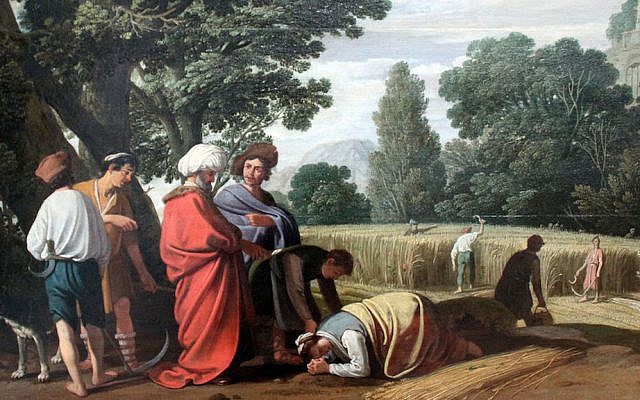 Detail of "Ruth and Boaz," 1628, by Claes Corneliszoon Moeyaert (PD via Wikimedia Commons)

We are used to seeing most Jewish holidays as having two dimensions, representing history and nature. Even the Sabbath is described as a remembrance both of Genesis, nature’s creation, and of the Exodus, historic redemption. A close look at the upcoming holiday of Shavuot reveals a third side, with a very contemporary social message.

The usual history-nature synthesis is clearly seen in the other two pilgrimage festivals of Pesach and Sukkot. Pesach commemorates the people’s birth in the Exodus, along with the spring budding, the rebirth of life in nature. Matzah is the bread of affliction and slavery, and of the hasty flight to freedom; yet it’s also the new grain, as yet unfermented in the nascent springtime. Likewise, the booths of Sukkot hark back to the temporary dwellings of wandering Israelites in the desert, but are also the shacks field workers use bringing in the fall harvest.

Shavuot, the third pilgrimage holiday, didn’t originally fit the pattern. In the Torah, it’s only a harvest festival. Only later did the rabbis fill in the blank by connecting it to the Giving of the Torah at Sinai, thus situating it between the (Pesach) Exodus and the (Sukkot) Wandering. This created symmetry, but more importantly it was a response to the fact that the historical aspects of the holidays would be much more serviceable for Diaspora Jewish culture. Agriculture is land-based, and so not very portable.

But Shavuot breaks the mold for another reason. In Leviticus 23, one of the Torah’s major accounts of the festival calendar, after the description of Shavuot’s Temple rituals (verses 15-21), and before the presentation of the next holiday, the text inexplicably inserts the commandments of peah and leket — to leave the corners of the fields and the unharvested gleanings of the crops for the poor. Given the ritual focus of the entire chapter, this ethical addition is even more remarkable. Commentators, however, generally gloss this as a simple association with the harvest season of Shavuot, or as a reminder that there are social obligations beyond the ritual ones.

The reason, however, may be much deeper. Let’s examine the three pilgrimage festivals: Pesach, with its unleavened bread and intense focus on preparation and dietary restrictions is clearly in some profound way about food. Sukkot, second only to Pesach in quantity and type of strenuous preparations, focuses on where, in what and how you live — its theme is shelter. And both of these holidays significantly mandate a certain form of enforced poverty — eating matza, the bread of affliction, and living in a sukka, a shack, the most modest of dwellings. In this way, those holidays are great social equalizers: fulfilling their two central obligations have the effect of making the wealthy more like the poor. In these two central categories of food and shelter, everyone is welcome, nobody is excluded.

The Biblical Shavuot is different. The celebration is of the first fruits and the new grain, and the main celebrants are the landowners, those who have grain and fruits to bring. As such this festival is “about” the Land, a basic of human civilization along with food and shelter. Perhaps ideally, everyone was supposed to be a landowner — but the Torah realizes that this was never going to be the case. The holiday, then, has the dangerous potential of splitting the people between landed and landless: rather than being a ‘leveller’ like Pesach and Sukkot, bringing rich and poor together in a shared experience, it would reinforce the socio-economic gap. The emphasis, therefore, in this otherwise unexpected verse about leaving parts of the harvest for the poor is a poignant reminder about mutual obligation, about the Land as being a source of justice, not division, and a holiday requiring an ethic of care, and not just a celebration of wealth.

This is also a statement about holidays: gratitude for our bounteous harvests of various types is best expressed through compassion for those who have not been so blessed, not through closed, self-satisfied gatherings of the favored.

But the message regarding the land is even more forceful. In contemporary Israel, there is a widening gap between rich and poor, much of it due to differential access to the land and its benefits. We are no longer talking of a few bushels of grain, however. Real estate is big business: the land has become a commodity, and is traded and speculated rather than husbanded or stewarded. Building up dwindling beachfront property, agricultural land rezoned for upscale complexes, and massive commercial development projects of dubious public value, are all a source of (gross) profits for some, with many people – and the environment – losing out.

The Biblical land ethic, codified in ritual and ethics, merged the natural with the social by expressing an inseparable link between the land, its bounty and continued well-being, and the need for the care and support of all the people.

These days Shavuot has another message as well. The central event of Shavuot, that has caught on even in hip, secular Tel Aviv, is the nightlong cultural happenings, loosely based on the traditional tikkun study sessions. People of all types celebrate with learning: a myriad of varieties, subjects and media. Religious, artistic, political, traditional, unorthodox: it’s all free and open to everyone. So, as is appropriate for a holiday commemorating the Torah and teachings, we can add the theme of learning to the list of values embodied in holidays: food, housing, real estate, education. All presented as anchors of solidarity, sources of equal opportunity, rights belonging to the people.