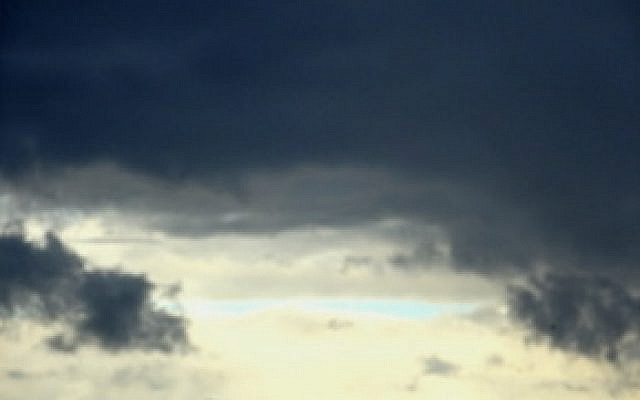 There has been an indicative moment inside the Kremlin recently, which did show Putin’s torment. In a dialogue with a 10-year old boy , all orchestrated as always, but still, children are blessed to provide some spontaneity by default, the Russian leader got involved into the theme in which he prides himself to be an expert. The theme is history, specifically, Russian history. The boy was instructed to speak about the favourite subject-matter of the leader. So, the leader eagerly got involved into the matter of who really founded Rus, pro-Russia. Were it the Normans represented by Rurik, as the world knows it? Or were there some Slavs on the ground who did invite Rurik, who thus initiated the establishment of the Fatherland? The man in the Kremlin very soon seemed to forget about the boy on the screen who did his job by getting the leader into the discussion, and produced quite a meaningful monologue? “So, the adepts of the Norman theory of the Rus establishment are actually wrong. First of all, there is an opinion that Rurik’s mom was of Slav origin, something like that”. There was a pause among the audience on the screen. Everybody waited to hear a new theory of the origin of Russia produced by the leader. The leader was in the intense process of revolutionising the science of history. He had his drive.

“And yes, indeed, Rurik did not find himself here in Novgorod, in the end,  by chance, by the way. It needs to be understood that he was not invited there by chance. Rurik had had some kind of relation, or perhaps his relatives may have had, some certain relation to Slavs, Slavonic territory, to Novgorod, and so on!” Putin the historian was completely absorbed in his articulated thoughts, I understood from the people who were privileged to see the show with their own eyes.

The leader went on: “ The fact that someone with a squad came here from some Scandinavian place, does not mean at all that the Norman theory of the establishment of the Russian state is correct. Not at all.”

The silence among the participants on the screens was getting more and more ceremonial. People sensed that they were witnessing an important revelation. They were right about it.

In fact, Putin’s desperate monologue on allegedly Slavonic mother of Rurik and his struggling appeals to convince anyone who would listen that Rurik did-not-come-&-conquer-anything on his own, but was invited, asked to do so, shows the torment that the Kremlin boss is struggling with amidst his disastrous campaign in Ukraine. After two months of the Mean War, the man who started this nightmare tries to find – and to air – any justification to his terrible decision-making, even assigning allegedly Slavonic mother to Rurik. Thanks that he saved Rurik’s father, for now.

That extraordinary by all standards, including no standards, knowledge of history, Russia’s leader ought to his new school of so-called historians  who call themselves New Chronologists. Do not think that they are uneducated charlatans. They are charlatans indeed, but educated ones, mostly professors of maths and some of them of physics, all working at the best – as it used to be – in Russia university, the University of Moscow. The fact that mathematicians and physicists all of the sudden decided to come out with an entirely new version of history, does not bother the Russian educational authorities. On the contrary,   they were given a three-story very well renovated building in the centre of Yaroslavl, and a lot of financing to run the Museum of the New Chronology there. The exposition of the ‘museum’ which opened in 2019, is technically semi-savvy, with usage of new and multimedia. There is a constant stream of students from schools and higher education who were mandated to get the latest word in the historic science from there.

The degree of lunacy in the narrative of that museum is incomparable. The Galilee is presented there as ‘Russian city of Galich’, Jesus is said to be ‘the son of the Galich princess Irina who married Joseph’, Jerusalem in that museum’s main exposition is known as “Eros, the capital of the second Empire”. It teaches masses that “Jesus was born in Crimea” and that Crimea is also “the place where Jesus’ mother was buried”.  “The first Christians ( who were from Crimea) established the first ever monastery in the cave which now is the part of the men’s monastery in Bakhchisarai ( in Crimea)”.

Some more revelations from the Russian New Chronologists supported and promoted by the state:  “Crusader Wars” and Trojan War are various names of the same war. This war, in fact, was the first world war”.  During that war, “the Western Europe was fighting against Galich Rus non-stop”. Until ‘the Western Europe fell, with establishing all over Europe a new Empire whose capital was Vladimir, temporarily so, while Constantinople was in the process of building’. I swear, those are direct quotes.

Attention: we are getting to Rurik. In this officially accepted and promoted version of lunacy, “The Russian state was found by a disciple by Andronicus-Christ, a member of the Royal Roman dynasty, who is described under the name of Aeneus in Virgil’s poem ‘Aeneid’. In the Russian history, that is the famous prince Rurik, who consolidated separate Russian principalities into a single kingdom. The powerful state created by Rurik-Aeneus, covered the Volga region and the Nordic Balck Sea coast. The capital of the kingdom was the city of Yaroslavl’ – is written in the explanatory panel, with QR code provided.

There is a lot of unbelievable garbage all over that three story building in the centre of the city near Moscow where that museum is thriving. This kind of ‘knowledge’ is fed to the president of the country with a long history, previously mighty science, and huge nuclear arsenal. That president seems to be susceptible to this sheer lunacy if he gives the public historical overview regarding Rurik born from ‘ a Slavonic mother’ directly from his Kremlin office.

The morning after that extraordinary history hour in the Kremlin, the Russian leader ordered his hopeless minister of defence to halt the assault of Azovstal in Mariupol. I bet he saw Rurik in his dream last night, and tried to defend himself on the matter of Rurik’s mother.