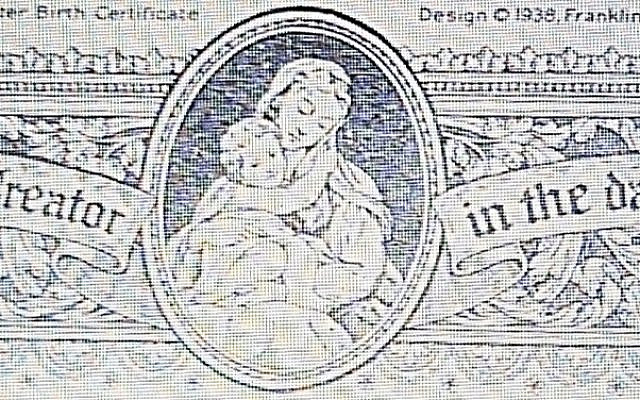 Remember thy Creator in the days of thy youth.

Theirs is not to reason why… — Tennyson

Israelis often complain that their bureaucrats are the worst.

The usual charges Israelis level at their system are that bureaucratic rules are often silly, yet enforced with no compassion.

These charges are valid, though hardly local. For bureaucracy anywhere, nonsense and insensitivity are not bugs, but features. The fault lies not in our officials but in ourselves, for expecting arbitrary rules to make sense.

Consider: An Israeli friend had to have a document apostilled, an international notarization. It takes 10 minutes to apostille a document with a nifty stamp.

But to apostille a document you have to know which office has the stamp.

My friend is fluent in Hebrew and adept at navigating Israeli websites. It still took him an hour late at night to figure out that he had to take his document to a Magistrate’s Court, whatever that is.

Why in Jerusalem are apostilles done at a court office?

To apply for Israeli citizenship, I needed my birth certificate apostilled. I actually have my original Pennsylvania birth certificate, signed in an elegant hand with a fountain pen. It features [please see photo above] an image of a Madonna-like figure embracing a pudgy babe with an awful lot of hair, flanked by a quotation from Ecclesiastes (12:1), that alludes to the final fate of all flesh. Newborn nurseries in southwestern Pennsylvania in those days were indeed sites of somber reflection.

My original birth certificate was, however, the wrong kind for apostille. (I told you not to ask why!) I had to order the proper form from the Official Vendor of all 50 states and send it off to the Pennsylvania Secretary of State. Because of COVID, all offices in all states were closed to in-person requests. What might have taken 10 minutes in person or 2 weeks by mail therefore took three months to come back, stamps and all.

My wife, however, was born in the Borough of Queens in New York City. (She had not been consulted about this.) To apostille a birth certificate from Queens requires that before a document can be sent to the New York Department of State for apostille, it must first be certified by the Clerk of the Borough of Queens, who resides in the Queens Superior Court Building. 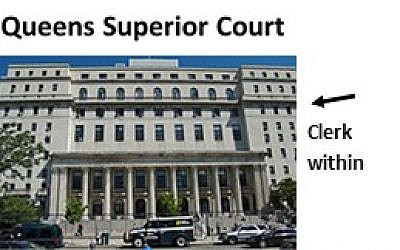 Birth certificates from New York counties outside New York City do not require this. Have they no clerks? Pennsylvania has counties too. Are their clerks chopped liver? Yet the Clerk of Queens….. Never mind. That is how they do things in Queens.

Googling “Queens County Clerk,” brings up a picture of a smiling “Clerk of the Supreme Court, Commissioner of Jurors.” (Jurors?!) Above her is a tab, “Topics A-Z.” The 29 entries under “A” include “Adoption Affidavits” and, “Attorney—Emeritus Program,” but—alas—nothing for “Apostille.”

At the Clerk’s listed phone number no one answers, and you cannot leave a message. The Jewish Agency and Nefesh B’Nefesh were unable to assist. It appears that my wife is the first person from Queens County ever to apply for Israeli citizenship.

In the end we emailed an address on the home page: QNSSUP_CORRESPONDENCE@nycourts.gov. This did not sound promising.

Yet it was. Someone replied, giving us another email address. The person at that address was delighted to learn that both my wife and I had gone to elementary school a few blocks from the courthouse. It was very haimish. She sent back the certificate, handsomely certified. We forwarded this to the New York Secretary of State, who apostilled and returned it.

A meditation on the limits of human knowledge. If you are very smart and apply yourself, you can master string theory, conversational Hungarian, or even, lehavdil, the third chapter of Masechet Bava Batra. Yet no amount of deep study or immersion in fonts of wisdom will ever teach you why a birth certificate from Queens County has to be certified before apostille, while one from Nassau County next door does not. This is humbling. Kohelet would nod in sad affirmation.

What about bureaucracy’s lack of empathy? Why do bureaucrats lack humor and human sensitivity? Why did the US Federal agent who came to me as a reference for a friend applying to be a Federal judge ask, “Has Attorney M. committed treason against the United States in the past 15 years?” adding, “If he committed treason 16 years ago, that would be OK.” An Israeli woman wanted to prove that she is the mother of her son by showing his birth certificate that listed her as his mother. Why did the Israeli clerk insist that she also submit either an ultrasound from her third trimester or a hospital bill to confirm that she was discharged from the obstetrics unit after passing a baby and not a kidney stone?

Yet if we think bureaucrats lack empathy, what about us? Have we ever tried to see things from their perspective?

Suppose we ourselves had the following job description: 1) Learn a set of rules; 2) Apply them; 3) Be rewarded for applying them; 4) Be censured or sacked for failing to enforce them.

Now imagine meeting a client who says, “I don’t like these rules. Don’t apply them to me.”

What would we do?

As Upton Sinclair said, “It is difficult to get a man to understand something when his salary depends upon his not understanding it.”

So how about some human sympathy on our part, eh? Have we ever had any bureaucrats to lunch? Even they may have mothers, though I advise ultrasound confirmation.

What follows is a draft of a Grand, Unified Theory of Bureaucracy.

LAW ONE: For all bureaucracies, there are no reasons. There are only rules.

Corollary: The origin of rules is inscrutable and irrelevant. All that matters is that the rules are there, now. And you have to follow them, because.

Corollary: Bureaucrats do not respond to persuasion, only force.

Corollary: Force can only be applied by a more exalted bureaucrat.

LAW TWO. Bureaucrats are people, at least in a technical sense. Personal compassion is not part of their role.

Corollary: Bureaucrats do not tell you what forms to bring or how to fill them out. You have to guess. If you guess wrong, they win.

Corollary: Bureaucrats do not explain.

Corollary: Bureaucrats do not apologize.

Corollary: Bureaucrats never laugh, and react poorly if you do.

LAW THREE: All bureaucracy stories are the same. In Israel. In The US. In Albania. And the clerks of Kazakhstan have no equal.

Feel free to flesh these principles out. I am open to all suggestions, after which I will bore you with my bureaucracy stories until you bore me with yours. Lunch?