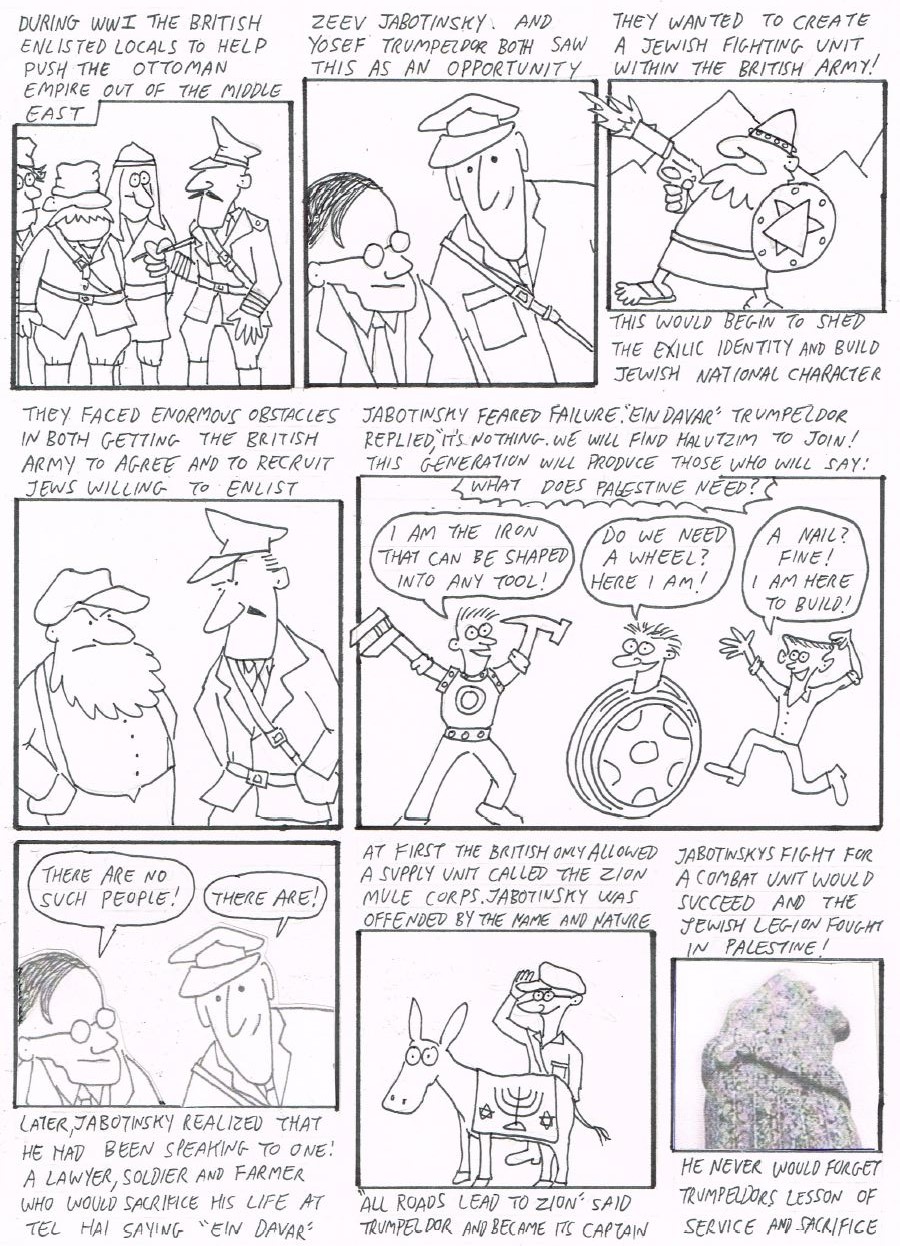 Panels 5,6 & 7 The story here comes from  the excellent Lone Wolf: A Biography of Vladimir (Ze’ev) Jabotinsky, by Shmuel Katz. You can preview the book in Google Books. Quoting Jabotinsky it reads:

“… A worker has his workers interests, a soldier has his ideas about caste, a doctor or an engineer his habit. But among us there must arise a generation which has neither interests not habits. A piece of iron without a crystallized form. Iron, from which everything that the national machine requires should be made. Does it require a wheel? Here I am. A nail, a screw, a girder? Here I am. I have no features, no no feelings, no psychology, no name of my own. I am a servant of Zion, prepared for everything, but to nothing, having one imperative: Build!”

“There are no such people,” I said.

I was mistaken. The first of them was sitting before me. He was himself a lawyer, a soldier, a farmer. He went to Tel Hai to seek work with the plow, found his death with a rifle, said, “En Davar,” and died immortal.

Panel 8 The Story of a Sculpture: The Roaring Lion of Tel Hai