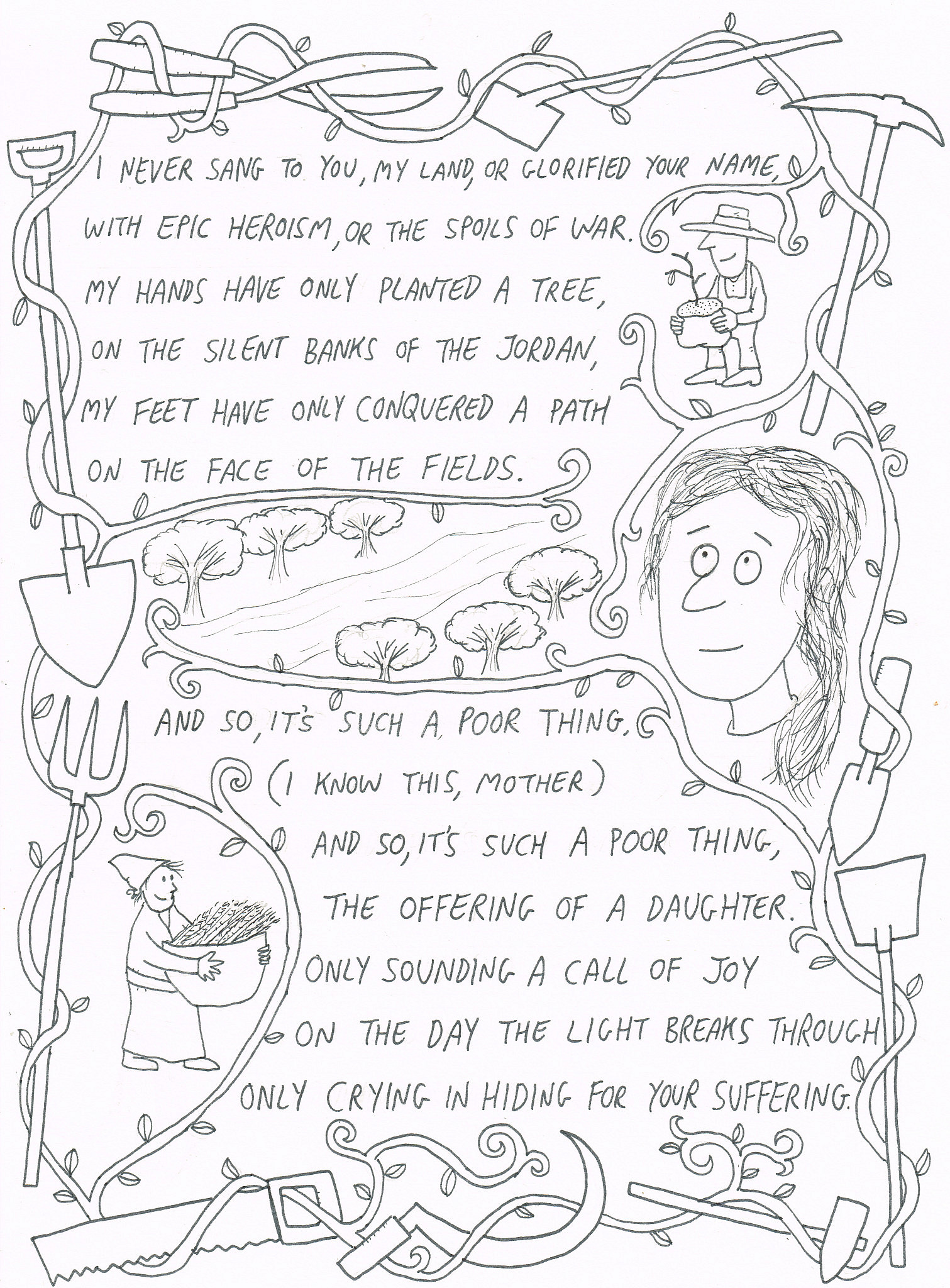 Rachel the Poet holds a place of honor in Israeli history and culture. She was a pioneering kibbutznik, and is remembered as the first female poet of modern Hebrew. We are presenting our translation of אל ארצי into English and images as an expression of her Labor Zionist life and passion. We think it says so much more than a summary of her short life could. She avoided flowery language, while expressing emotions in a clear voice. So while this isn’t a typical issue of Tales of Our Homeland, we’d rather have Rachel speak to you herself. Like many of her poems, this one has often been turned into song.