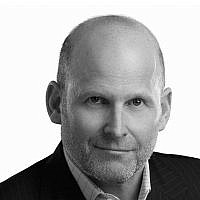 The Blogs
Marco Greenberg
Apply for a Blog
Please note that the posts on The Blogs are contributed by third parties. The opinions, facts and any media content in them are presented solely by the authors, and neither The Times of Israel nor its partners assume any responsibility for them. Please contact us in case of abuse. In case of abuse,
Report this post. 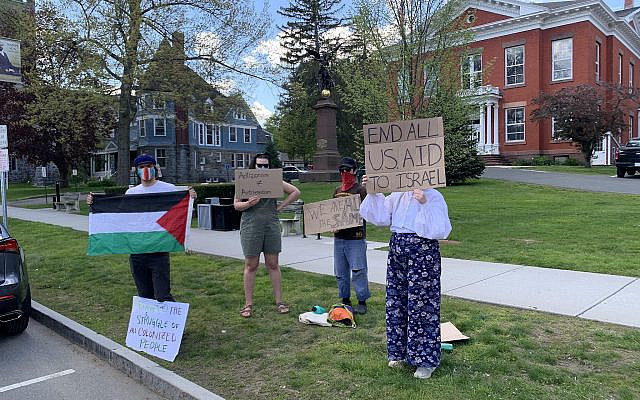 Pro-Palestinian protesters gathered in a warm up before a larger demonstration in Great Barrington, Mass, last month. Placards later became even more vitriolic, including "Death to Israel" and "Death to Amerikkka". (source of photo: author)

Now that the dust has settled on the latest round of Middle East fighting, and with a new government emerging, can we hope to achieve clarity when communicating the merits of Israel’s position?

Forget insights from the usual suspects – Mideast experts, military strategists, elected officials and media pundits — who jam the airwaves and newsfeeds. Their opinions ricochet across the universe of activists who are pro-Palestinian and pro-Israeli, but most people around the world have little time and interest in factual detail and historical nuance. As the rhetoric gets even more vitriolic and extremist, their gut feeling is that Jews and Arabs are just hopelessly warring factions — cats and dogs, Hatfield’s and McCoy’s, Democrats and Republicans of the quarrellous modern era – and are therefore destined to never get along.

To break this logjam, let’s start with a quick and easy round of Cognitive Behavioral Therapy. That’s the therapeutic practice based on you being your own shrink and challenging your irrational thinking with an alternative, rational response that might yield healthier behavior and better outcomes.

Here, then, are the five biggest mistakes people make when speaking about the conflict between Israel and Hamas – and a suggested reframing. These are the automatic thoughts that one hears frequently from Israel’s supporters, and not just their enemies, by the way, and I’ve fallen prey to a few of them at times myself.

Let’s take our cue from well-known vlogger Meir Kay, who posted  a video last weekend in which he gave hugs to strangers while blindfolded in a public square in NYC and wrote a very different kind of message on his placard: “I am a Jew and Stand for Peace –  How About You?“

Israel has shown the world it can defend itself, justifiably and discriminately with lethal firepower. It is now the season to again show the world that we Jews and Israelis are capable of compassion, caring, and love.

About the Author
Marco Greenberg is the senior partner at Thunder 11, a marketing and communications firm, and author of Primitive: Tapping the Primal Drive That Powers the World's Most Successful People (Hachette, 2020).
Related Topics
Related Posts
Comments