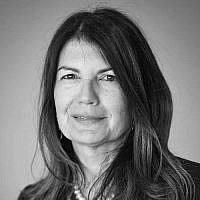 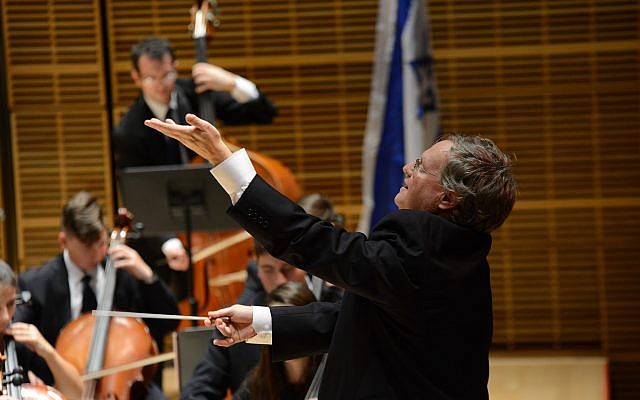 Staging a concert at Carnegie Hall takes a certain amount of chutzpah. It’s a famous venue with scores of seats to fill. Even in its secondary stage – Zankel Hall – there are hundreds of tickets that need to be sold.

It is additionally nervy to consider presenting a program at this very location during the holiday season, roughly defined as anytime between mid-November to the first week of January.

So why would a 110-year-old Jewish non-profit which supports projects in Israel opt to compete with the overwhelming richness of New York City’s cultural offerings during this season, taking on Broadway, the ballet, Bob Dylan, Billy Joel, the symphony orchestras of many countries, numerous Nutcrackers, Swan Lakes, poetry festivals, film screenings, museum exhibitions, parties and other performances?

Moreover, what would inspire this organization to schlep a youth symphony from a little-known Israeli city, place them on a program with not one but three choirs from the very well-known Ramaz Upper School, have a local television sportscaster serve as MC of the evening and invite the public to attend?

The quest for Jewish Unity.

You’ve read the news. Perhaps you’ve engaged in debates around the Shabbat or Thanksgiving table, at shul or on Facebook. We are divided on domestic issues. We are divided on Israel. Recent polls show support for Israel waning among American Jews. We disagree with one another on fundamental matters.

The time has come to take a proactive move to unite our divided community.

The Bnai Zion Foundation is therefore stepping out of the shadows, committed to strengthening the significant, enduring ties between America and Israel. Unity is a serious matter and sometimes music is its most profound portal. As Hans Christian Anderson famously said, “Where words fail, music speaks.”

Indeed, our support for the Ma’ale Adumim Youth Symphony, housed at the George Schaeffer School of Music, flows from our belief in this transformative power. And the participation of the Ramaz Upper School Choir, Chamber Choir and Kol Ram Community Choir on the December 12th Jewish Unity Concert program stems from their joyful, inclusive ethic.

Yes, it takes a lot of nerve, but for one night in New York City we want to bring the diverse Jewish community together in celebration of everything we share. For one evening, we want the music of Leonard Bernstein, performed by the Ma’ale Adumim Youth Symphony under the direction of Benjamin Shapira, to uplift and inspire us to remember everything that binds us. When the orchestra plays the opening strains of the Symphonic Dances from West Side Story, it is our hope that audience members recall the cautionary tale of one group warring against another… and envision a better future.

Similarly, when the choirs of the Ramaz Upper School take the stage, presenting a plethora of Hebrew and Jewish songs, both traditional and contemporary, we are recalled to our common heritage and values. As musical director Daniel Henkin said, in selecting the evening’s program: “At a time when our community experiences divisiveness and hate, harmony can bring us together.  As we sing in our final number, Shiru Shir Amen: “Sing a song and say Amen, and we will know that [peace] is not a dream.”

And when New York personality Andy Adler, sportcaster at WPIX, assumes the role of Emcee for the evening, she will model a deep commitment to the Jewish community, without boundaries.

The Jewish Unity Concert at one of Manhattan’s most iconic venues is a perfect expression of the work that Bnai Zion has done over the past 110 years. We so often come together as a community to mourn and commemorate tragedy. It is equally important to unite in the name of celebration.

Filling the 599 seats of Zankel Hall during the holiday season is a nerve-wracking yet gratifying task, allowing us to envision what true unity – and harmony — might look like.