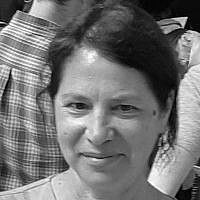 What else can be said about issues that are in the field of the environment, in the middle of August, when the general news is in the area of ​​brutal terrorist attacks. In the last week also terrible traffic accidents, or local reality, the ranking of candidates in the various lists of the parties for the primaries, and this morning even – Big Deal news where the former Chief of Staff’s announcement of his joining the race for the elections, which will most likely have the same weight on the elections as before the announcement.

There is nothing new under the TV spotlight in the Middle East.

Precisely under the scorching sun in the West Bank and the Jordan Valley there is news – which should have long ago not only been on the agenda of the elections, but also lead to a political and regional decision.  Separation from the Palestinians, full implementation of the “two state” solution. And come on, economic projects in the fields of the environment, agriculture, tourism, which will create a horizon of life and livelihood, especially for the weak, whose voices are hardly heard.

This morning for example. In the south of Mount Hebron, solar panels were once again removed today in the area of ​​the caves, where apparently the poorest population lives in the entire area between the Jordan and the sea. Environmentally friendly facilities, but not for the apartheid regime in the territories. And in the Jordan Valley, where the highest temperatures in the Land of Israel have always been measured, this morning civil rights activists who regularly accompany the Palestinian shepherds against the harassment of the settlers, a population that is second in poverty just to that of the cave dwellers in the south of Mount Hebron, reported a new environmental hazard.

The photos recorded in the field show the scattering of new piles of waste near the settlement of Hamra. Like the various electoral slogans of “pioneer spirit”, they continue in the spirit of occupying the land, even if it means scattering piles of unclear waste in the open space, an area incidentally very ecologically sensitive. The information passed on to us included reference to shredded garbage, compost residues that include plastic and glass materials, in an amount estimated at 50 cubic meters per dunam, over a wide area, an area that was used as pasture land and agricultural land. The dry report also included references to a bad smell, and it is not clear if it includes residues of dangerous substances.

It is not yet known the origin of the new piles and whether it is related to one of the “regulated” waste sites in the land that is forever ‘persecution-land’. In the Jordan Valley, as in the West Bank, civil issues such as the environment and waste are handled by the Civil Administration. That is, the Ministry of Defense.

The civil rights activists who are members of the Jordan Valley group for the Palestinian shepherds have already contacted the environment headquarters officer in the Civil Administration this morning. The Association of Environmental Justice, which previously dealt with preventing the advance of the plan to establish a waste incineration facility in the West Bank in the context of European funding (2019-20), in front of officials in the European Commission, will try to act in a similar way in today’s “news” story as well.

However, the elections in Israel, which are coming up soon, are the place to bring about a solution to the environmental issues in the West Bank, and to stop turning the open space into a pirate dumping site for unregulated waste by Israeli entities.

As in escaping from decision that should be a solution – on this issue – cooperation with the Palestinians, first and foremost on environmental issues, is important for our existence in the region, and their resolutions cannot wait for more rounds of elections. It probably can, as the Israeli public shows impressive persistence in participating in the elections, but the price will be paid, beyond the environmental resources, by the “future generations” that all work hard to act in their name and for them, without guaranteeing their safety.

The proposed action plan is simple.

The elections should be the political arena to bring the issues of a long-term political solution, centered on environmental investments and stopping the West Bank and the Jordan Valley from becoming Israel’s backyard.