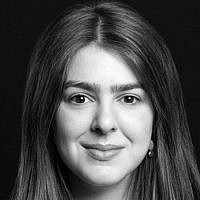 The Blogs
Shane Fischman Goldstein
Apply for a Blog
Please note that the posts on The Blogs are contributed by third parties. The opinions, facts and any media content in them are presented solely by the authors, and neither The Times of Israel nor its partners assume any responsibility for them. Please contact us in case of abuse. In case of abuse,
Report this post.

On August 6, 2020, Dr. Saad al-Jabari filed a complaint in the United States District Court for the District of Columbia against Mohammed bin Salman Bin Abdulaziz al Saud––the Crown Prince of Saudi Arabia–– and eleven others. The complaint alleges that MBS (as the Crown Prince is more commonly known) and the eleven other defendants conspired to have Dr. al-Jabari, a former Saudi intelligence official, murdered.

Just a few months later, on October 20, 2020, Hatis Cengiz and Democracy for the Arab World Now (DAWN) filed a complaint in the same court against MBS and twenty five others, alleging that they conspired and killed Ms. Cengiz’s fiancé, Jamal Khashoggi, a prominent journalist who was critical of the Crown Prince.

The attempted murder of Dr. al-Jabari in 2017 and Khashoggi’s murder in 2018 transpired against the backdrop of a Saudi cultural revolution.  From the moment of his appointment in June, 2017, the Crown Prince has been working to transform his country: his Vision 2030, which laid out a comprehensive plan for diversifying Saudi Arabia’s economy away from being almost entirely reliant on oil, was  praised as ambitious in both its economic initiatives and agenda for cultural liberalization, which includes human rights reforms. Following Vision 2030’s public unveiling, MBS famously gave women the right to drive, set out five and ten year plans to facilitate technological advancements in Saudi society, encouraged women to pursue nontraditional careers for their genders, and relaxed restrictions on music, cinemas, and sporting events. The world overwhelmingly applauded these reforms.

Except Jamal Khashoggi. A former trusted advisor to the Saudi royal family, Khashoggi lost favor with them and sought refuge in the U.S. in 2017 where he began writing regular columns for the Washington Post. As a Washington Post correspondent, Khashoggi was one of the few voices criticizing the Crown Prince’s human rights record. Such criticism included MBS’s suppressing dissent in the media, imprisoning human rights advocates, committing human rights abuses in the war in Yemen, and confining members of his own family in the Ritz Carlton in Riyadh. According to Cengiz’s complaint, Khashoggi was targeted for murder because his critical appraisals adversely impacted MBS’s international approval.

Like Khashoggi, Dr. al-Jabari was a former close advisor to the Saudi royal family, specifically to the former Crown Prince Mohammed bin Nayef, who ran Saudi Arabia’s Interior Ministry, handling counterterrorism and domestic security. As an intelligence officer, Dr. al-Jabari was privy to a plethora of classified information concerning MBS and worked closely with U.S. intelligence agencies. Dr. al-Jabari went into self-imposed exile in Canada in 2017 after MBS was appointed Crown Prince. Since then, MBS has been pushing to have Dr. al-Jabari extradited to Saudi Arabia on various corruption charges. When that failed, MBS kidnapped his two younger children as a way to force his return to the Kingdom, and recently held a trial where they were convicted for laundering money. According to Dr. al-Jabari, MBS attempted to have him murdered, and detained his children because of the vast amount of information he holds and because he operates outside MBS’s control.

For the past two years, global leaders and citizens alike have characterized MBS by two competing narratives: on the one hand, as an economic reformer and human rights advocate, and on the other hand, as a paranoid human rights abuser. Whereas former President Trump approached his relationship with MBS based on the former narrative, early indications are that President Biden will deal with MBS based on the latter. The degree to which either of these narratives of MBS is accepted will affect how much of an impact these lawsuits have on Saudi policy.

Let’s now turn to some practical, legal background information. In order to hear a case, a court must have subject matter jurisdiction, meaning the authority to rule on the subject matter of the case and to grant the requested remedy. Without subject matter jurisdiction, a lawsuit will necessarily be dismissed. In response to Dr. al-Jabari’s complaint, MBS filed a motion to dismiss the case in early December on the basis that he qualifies for foreign official immunity. If MBS does qualify for this immunity, the District of Columbia would lose subject matter jurisdiction over the lawsuit and dismiss the case. The motion to dismiss makes two arguments for immunity. The first argues that MBS is entitled to status-based immunity, a form of immunity typically reserved for sitting Presidents, Prime Ministers, foreign ministers, and heads of state. Under this doctrine, sitting heads of state can be granted absolute immunity for any action, whether or not taken in their official capacity. In the alternative, MBS argues that he is entitled to immunity under the doctrine of official-acts. Under this doctrine, foreign officials who do not necessarily qualify for status-based immunity can be granted immunity for actions they took which gave rise to the lawsuit, so long as the actions in question were taken as official acts on behalf of their state.

Fallacies litter both of these arguments. First, MBS is not the head of state in Saudi Arabia, his father is, thereby disqualifying him for status based immunity. Second, the Torture Victim Protection Act makes clear that jus cogens ––acts that contravene fundamental principles of international law, such as assassinations, genocide, and other gross violations of human rights––cannot form the basis for conduct-based immunity. Similarly, the Ninth Circuit and Seventh Circuit have both held that government officials cannot be granted immunity for violating jus cogens because these inherently illegal acts cannot be executed in any official capacity.

In his relentless pursuit of immunity, MBS requested the U.S. government grant him immunity from the al-Jabari suit (in addition to asking the court for immunity in his motion to dismiss), which, if granted, could also serve as a basis for dismissing Ms. Cengiz’s suit. While MBS was hoping the Trump administration would  grant him immunity before Trump left the White House, this never materialized, and President Biden is unlikely to be as magnanimous towards MBS as his predecessor. While Trump was determinedly myopic with regard to Saudi Arabia, simultaneously praising their reforms while ignoring their human rights violations and engaging in oil and arms sales, Biden’s presidential campaign released a statement on the two-year anniversary of Jamal Khashoggi’s murder this past October vowing that his administration would “reassess our relationship with the Kingdom, end U.S. support for Saudi Arabia’s war in Yemen, and make sure America does not check its values at the door to sell arms or buy oil.” And during her confirmation hearing on January 19th, Avril Haines, President Biden’s recently confirmed Director of National Intelligence, unequivocally stated that she would declassify the CIA’s report on their investigation into Khashoggi’s murder.

Furthermore, Biden has also indicated that his foreign policy will be based on a strong ethos of human rights.  In the press release denouncing Khashoggi’s murder, Biden wrote “America’s commitment to democratic values and human rights will be a priority, even with our closest security partners. I will defend the right of activists, political dissidents, and journalists around the world to speak their minds freely without fear of persecution and violence.” And Biden’s nominees to key foreign policy positions in his government underscore this commitment – for instance, Antony Blinken, the newly confirmed Secretary of State, stressed in his confirmation hearings that democracy and human rights will be central to his foreign policy agenda, pledging his support for sanctions against human rights violators.

While Saudi Arabia has undeniably been undergoing a cleanup of its human rights record–– the Saudi Human Rights Commission disclosed that the kingdom executed 27 people in 2020, compared to 184 executions that human rights groups recorded in 2019, and the Institute for Monitoring Peace and Cultural Tolerance in School Education recently praised the Kingdom for  removing certain offensive and violent teachings from their state issued textbooks–– the Kingdom’s continued suppression of free expression, its campaign against dissidents, and its endless war against the Houthi rebels in Yemen, are clear evidence that there is still a long way to go.

Through the normalization and unanimous acceptance of treaties such as the International Convention on Civil and Political Rights, history has proven that despite cultural differences, diverging political and economic systems, and unique social norms, the world can agree that certain rights are sacrosanct. Among them, is freedom of the press. The unequivocal right to report the news, to express a belief, and to have an opinion, is protected by UN treaty: our press is safeguarded so that it can inform, educate, stimulate, and provoke public opinion.

By exposing the Crown Prince’s hypocritical human rights violations, Jamal Khashoggi spent his formative years upholding these values. His murder was a global assault on human rights. This is the essence of the lawsuit brought by Hatis Cengiz against MBS, and Dr. al-Jabari’s suit has a similar premise. Both suits underscore that citizens must be free to express their diverging political opinions in order to prevent political power from becoming unencumbered and, ultimately, abusive.

Law, especially when it guarantees moral rights, is a promise conditioned on implementation. The lawsuits filed by Cengiz and al-Jabari were steps towards protecting and safeguarding freedom of expression, both in the press and in government. While the Trump administration looked the other way, the Biden administration can make good on its promises to unequivocally stand up for human rights by choosing to stand by Ms. Cengiz and Dr. al-Jabari, to exercise the tool of diplomacy, to demonstrate to the global community that these transgressions committed by MBS will not be tolerated.

President Biden has the opportunity to defend our basic international rights. He has articulated his stance. His foreign policy appointees have made their views clear on the Senate floor. Halting the sale of billions of dollars’ worth of weaponry to Saudi Arabia because these weapons would end up on the battle field in Yemen, as Biden’s administration did last week, already sent a signal that human rights are a priority to President Biden. Now, Biden must use the leverage that comes with being Saudi Arabia’s second largest international trading partner to negotiate the release of al-Jabari’s children and other imprisoned journalists and women’s rights advocates in the Kingdom. As a key strategic partner of Saudi Arabia, President Biden’s voice is consequential; he is in the unique position to raise these concerns over the Kingdom’s suppression of freedom of expression in private meetings with the Crown Prince, and can stress that human rights violations will no longer be ignored. Now is the time to show that the American capital has retained its moral authority. Taking action will demonstrate that a high-minded treaty like the International Convention on Civil and Political Rights is an enforceable global constitution ringing with both promise and power.

About the Author
Shane Fischman Goldstein graduated with her JD from the University of Pennsylvania Law School in 2019. She holds an MPA in international security policy with a specialization in the Middle East from Columbia University, SIPA and a BA in history from Barnard College. She currently lives in New York with her husband where she is a litigator at a Manhattan law firm.
Related Topics
Related Posts
Comments