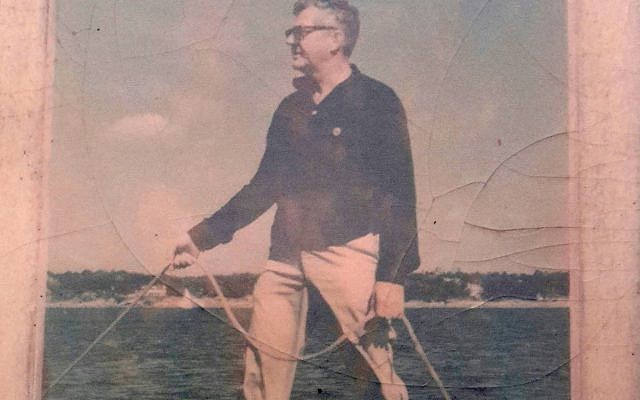 Today I feel like Proust.  Every morsel takes me back into time past.  He had a madeleine.  I have oregano/cheese/tomatoes on an toasted English muffin, though the latter are scarce here in the holy land. Why were they called “English” anyways? Most kids wouldn’t have the gumption to ask.  All I know is my mother made them and the smell still lingers in my limbic brain.  We underestimate taste, as we do hearing. In any case they go together like peas in a pod. Suddenly I am reminded of Amanda’s classic shpeil to her son Tom in Tennessee Williams’ The Glass Menagerie: “You must chew, chew, chew“.  Same with Dr. Fuhrman’s “Super Immunity diet”–chewing is essential; in mashing every cell,  the magical properties of vegetables are released into the system.  In fact, if you sit in a room with a bunch of “Fuhrmies” you could swear you are in a cowshed–especially if the eaters are concentrated on their chewing meditation. Well, better “chew, chew, chew” than “gobble gobble”, except on Thanksgiving.

Other foods in my childhood memories include coconuts (see TOI, And Now for Something Light ) and especially “Horenstein fish”.  This fish delicacy was made by my mother so that we wouldn’t feel so bad around those privileged to feast on baked-stuff lobster; Mom would use the same stuffing recipe to wrap fresh flounder fillets Dad caught on the boat.  Yes,  my father was a bonafide fisherman, complete with hat, ruddy complexion and smelly boat.  Captain of the fish and sea! He would go out with his friends and when the spirit moved him, his sons.  My mother was deathly afraid of boats.  We never knew why. She stayed home listening to radio talk shows with two little ear buds in her ears (she was always before her time!).  She would call in at least once a day. But now,  two images now suddenly flash by my clouded mind.

The first happened in my college days, when I had illusions of being a poet; I still liked going out on the boat but refused to fish (“it’s too inhumane”).  I would climb up on the bow, reading a New Directions book of poetry:  William Carlos Williams, Pound, Ferlinghetti, they were all my new friends. Meanwhile Dad would be on deck doing his Hemingway thing, his epic 11:01 toast to the fish with Dewar’s.  Occasionally he’d look up at me, probably thinking, “Now what have I created?”. Thankfully I passed through this stage.

My real epiphany, however,  came years earlier.  I was eight years old,  fishing with Dad and his three business friends. Two of them were loud-mouthed and the other quiet as a flounder.  The first two rattled on about their fishing conquests: how many?, how big?, the typical man stuff. It was if they were climbing Mount Everest and each fish was a shiny gold prize hidden in “them thar hills”.  Every time they caught one, they yelled to the sea “Gotta fish! Whoohoo!”  Meanwhile the quiet guy who was called Johnny Kransberg,  SILENTLY fished from the bow. At the end of the day, everyone compared their catch in a grand ceremony befitting any army induction.  But inevitably in walked Johnny, silent as can be.   To everyone’s surprise, he had caught twice as much as the other two friends combined; he quietly added them to the communal bucket while straining to hold back his grin.  Seeing THAT changed my life. At that very moment I vowed to become like Johnny Kransberg, a mythical silent creator!  I vowed to work in silence, keeping every stage of creation a precious secret, and then in one felt swoop, give “birth”.  Over the years  this became all too illusive for me, given the requirements of modern mass communications, until my recent “retirement”from forty-five years of teaching. Retirement can be challenging, especially in grappling with major life choices. One can put oneself out to pasture chewing with whatever teeth are left,  or rise up to the “Golden Age “(not Spain’s) becoming  a source for silent wisdom.

So today I salute Johnny Kransberg.  He is my hero.

Fish were not the only culinary delights at home.  Sunday’s subs (with huge amounts of onions left on the breath for days) and infinite variations of peanut butter sandwiches, including peanut butter and raisins, peanut butter and bananas, peanut butter and jelly/or/jam. This was because Mom could prepare this “chick-chack” in time for us to get to school. I think we supported Jimmy Carter’s empire in those days.  But the strangest sandwich menu was at the Solomon Schechter School in Malden, Massachusetts, where I attended first grade.  The rabbis main fare was the height of nutrition: mayonnaise sandwiches on white bread; I can taste them now! That first school of mine also triggers weird memories,  like the time they put me in a ballet class by mistake, or  the day after my sixth birthday, when I proudly displayed my new View-master 3D viewer in front of my friends,  I pretended that I had a real camera.  As the entire school, (all ages and sizes) filed in,  I herded them highhandedly like cattle into the assembly room, placed them in order on podiums (which I had moved myself!), and started to take “pictures”.  I even got them all to smile!  Suddenly, without warning, the lady Principal (named Mabel, Lucy or Linda) burst in. She ran up to me, yelled at the top of her lungs, shooed away the kids and sent me home crying with my tail between my legs.  Alas! How could she not recognize my G-d-given talent for staging epic events? I was devastated. It was if someone took Johnny Kransberg’s fish and threw them into the sea, saying, “Here’s your punishment for dong great things!”

It’s truly amazing, this Proust stuff.  I eat a mayonnaise sandwich, I am transported to the 50’s.  I eat cinnamon, I am whisked away to my Boby’s kitchen, kichel and all. Her kitchen sink smelled a little like faint garbage, but was always germ-free from spillovers of Zadie Jacob’s six o’clock L’ chaims,  generally shnups.  He lived to his mid-90’s, undoubtedly helped by his Jewish ritual.  Now as legend has it, Zadie’s father Shumel Wolfe lived to be 104, so I assume the sink in his old country home was doubly sanitized (go ask Deputy Minister of Diplomacy Michael Oren if you don’t believe me;  we are cousins (really), not only of the same genes, but also of  memories, which any way scientists now postulate are also inherited!). Yes, ours was a Biblical family of epic proportions! (certainly through the eyes of a six-year old).

Of late I try to construct a family tree, but ask: how will the my fish survive out of water, hanging on those branches?  And what of my Zadie who first marketed Canadian Scotch and then rags.? Where will they eventually put me?  Under a tree, playing to the stars? … And so it goes , on this grayish Jerusalem Monday afternoon.  I stare out into the distance wondering what’s next.  But then I think to myself, as so many have surmised: “We can really only know ONE moment at a time”.  Do I really believe that?  I will ask Proust and get back to you later. But in the meanwhile, we’ll just leave it for another time and place, when the sages shine upon us again from their humble abode.

A fish mysteriously dangles from tree.