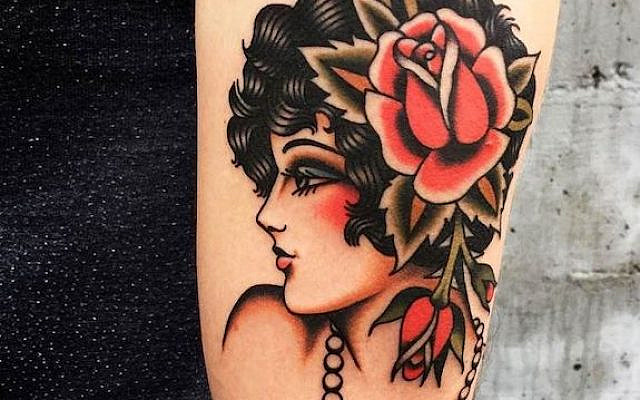 Growing up, I chafed under three parental fashion edicts — no tattoos, no pierced ears, and no jeans with frayed edges or holes.

It wasn’t, I admit, as stringent as living under the Taliban, but as a teenager, it seemed harsh, unjust, and unreasonable. Not quite grounds for running away from home, but still, fodder for endless sighs and complaints about how uncool and cruel my parents were — especially, my mother.

Today, I understand the no tattoos and the no-holey-jeans rules were by-products of my Jewish faith. Although there is some debate about whether tattoos are kosher, they clearly are not something most Jews are comfortable with.

In my family, one of my children used to come home each semester from college, declaring I’ve got bad news and more bad news.”

“What?” I’d say, not knowing what to expect.

I fell for this joke each and every semester.

As for the torn jeans? I thought that was just my mother being fastidious. Uncool. Unhip. Not getting the way of hippies. But, of course, I didn’t realize she was just shuddering and “whistling past the graveyard,” thinking about the tradition of Kriah — the rendering of cloth when a loved one dies.

Kriah is an ancient tradition. When Jacob believed his son Joseph was dead, he tore his garments. When King David was told of Saul and Jonathan’s deaths, he and his men tore their clothes.

Today, Kriah is usually performed at the funeral home before the service begins, and instead of tearing our clothes, we wear a black ribbon provided by the funeral director.

I still have the ribbon from my father’s funeral. I keep it, along with his yarmulke, a black vest and yellow sweater he wore, plus a cigar box that still carries the stinky scent of his beloved Macanudo Prince Phillip cigars.

And like my mother, I was obsessed that my children never wear “holey” clothes. If I spotted a shirt — even a favorite one — with the slightest tear, if it couldn’t be patched, it was gone. This led to fights, to tears (when they were little) but I didn’t care. I was frightened of the symbolism, and I was superstitious it might bring bad luck — kayn aynhoreh.

Yet, recently, aging “hipster” me proudly bought a pair of holey, frayed jeans. Even my non-Jewish husband was shocked when I put them on for the first time. “What would Mom say?” he asked. “I mean you look cute, but …”

And about that pierced earring prohibition? Where did that come from? Not clear. All I know is that when I was 12 and all the “cool” girls were going to The Mall to get their ears pierced, my mother said, “No.” Why? Because pierced ears looked “European.”

Somehow, to my first-generation American mother (daughter of a Hungarian and a Rumanian), “looking European” was bad.

She held her guns on this odd edict for two decades until she lost an expensive diamond clip-on earring my father had bought her. Then, suddenly the idea of the more secure pierced earrings seemed smart. The next week, we both got our ears pierced.

Today, writing this essay, I questioned my late-life decision to wear torn jeans. I belatedly realized it wasn’t fashion-motivated, but cynical, even sad. Having lost so many loved ones, the thought of tempting fate no longer held sway. I was wearing them in defiance. Take that, tradition! Take that, fate! You’ve claimed my parents, two of my brothers, and my best friend. I often feel in a state of mourning. So, why not wear torn clothes?

And with that flash of self-realization (and unflattering self-pity), I concluded my hipster jeans weren’t so hip and fun anymore. I walked to the closet, took the jeans off the hanger, and threw them away.

Some taboos stick — even when our parents aren’t around to enforce them. 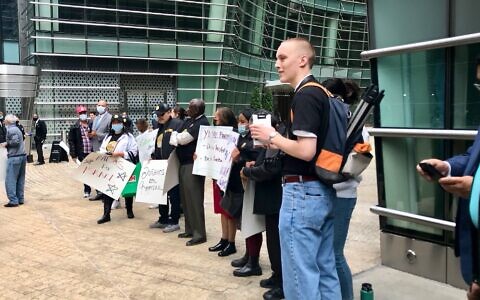 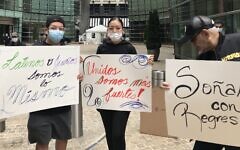 Abraham’s Odyssey Is a Story Worth Telling — and Embellishing
Rabbi Gerald C. Skolnik 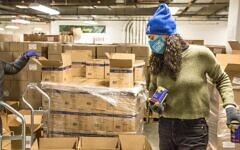 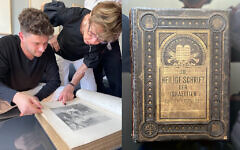 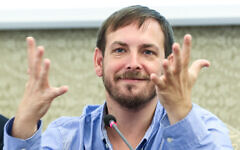