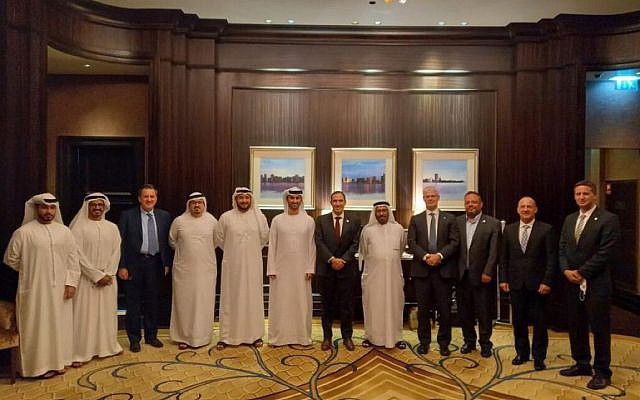 This past month has seen bigger breakthroughs in the Middle East than have been witnessed in the past 25 years. Two weeks ago the region celebrated the signing of a normalization deal between Israel and the United Arab Emirates. It only took a week before deals were signed with Kosovo and Serbia. More recently, Bahrain announced that it was normalizing with Israel. Rumors have Morocco, Oman and maybe even Saudi Arabia next.

It is impossible not to get excited over these developments. Yet, there are a few groups of people that have found a way to be critical of the deals. Palestinian leadership made strong statements against the deal calling it a stab in the back, and Palestinians were seen burning UAE flags. Peace professionals have also voiced criticism in recent statements. Instead of focusing on the great potential of these deals, those involved in peace negotiations and punditry have chosen to cynically point out any negatives they can find. The anti-Trumpers and anti-Bibi crowd complain about all the other things going wrong in the world, including Corona and economic devastation. Some Israeli settler leaders and activists have also criticized the normalization, focusing instead on how the promised extension of sovereignty to Judea and Samaria never materialized.

Why have these people chosen to be critical at such a momentous moment in history? Sadly, the answer comes down to money. Palestinian leadership has enriched themselves by playing victim. Instead of following their Arab brethren to negotiate and normalize with Israel, they consistently choose to miss out on opportunities to better themselves by rejecting Israel. They turn to the international community and beg for aid. For inexplicable reasons, the international community keeps falling for the charade, enabling Palestinian rejectionism.
“Peace Professionals” are individuals who have designed their lives around negotiating between the sides, writing books, working at think tanks or taking lucrative speaking engagements about the “conflict.” For decades they’ve had one approach to the Arab-Israeli conflict; they assumed that the Arab world was Palestinian centric and would never normalize with Israel until it ended its conflict with the Palestinians. Now that they’re being proven wrong, they need to undermine the positive developments to validate their mistaken theories. Anti-Trumpers and Anti-Bibi activists can’t give credit to both leaders; to do so would ruin their vision of the world. In their eyes President Trump and Prime Minister Netanyahu are corrupt, inept and self serving.The two of them changing the course of history for the better would upset the black and white world in which they choose to live.

There are Israeli settler leaders and activists who live off of conflict. Their political power and influence comes from the continuation of the Arab-Israeli conflict, if it ends, so does their cause. Instead of admitting their own responsibility for the failure of sovereignty being extended to Judea and Samaria, they blame Netanyahu for stabbing them in the back.The irony that both settlers and Palestinians claim victimhood shouldn’t be lost on anyone.

Responsible people need to be honest about the historic moments that we’re witnessing. A year ago no one would have imagined we’d be witnessing deal after deal being signed between Arab countries and Israel. Thanks to the Trump administration, the efforts of Prime minister Nentayahu and Arab leaders, we are watching the unimaginable take place. The world should ignore the biased voices of pessimism. Let’s recognize the history being made and celebrate it.