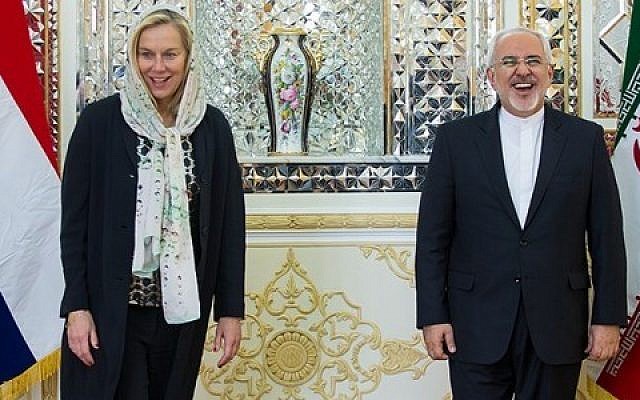 The English is followed by a Dutch translation

As long as the Netherlands does not want to deal with its war record (different from Germany), there will be nothing new under the sun.

Jews fleeing Nazi-Germany were not allowed in because that would cost the Dutch jobs.

The Dutch government in exile told the Resistance that it was not allowed to blow up the railroad tracks to and from Dutch concentration Camp Westerbork because that was bad for the general economy – and you don’t make everyone suffer for the happiness of a few lousy Jews.

Now, under the (false) cloak of being a robust ally of Israel, the Netherlands pals up with the archenemy of the Jewish State. That is only revolting if you love Jews and truth.

This betrayal has nothing to do with Jew-hatred – only with a lack of interest for “the other” – and especially so for Jews because they are merely bloodsuckers.

The moral: it is much too easy to blame this on our “friend,” FM Sigrid Kaag (who lives with a Palestinian partner, above pictured with a laughing Iranian FM Zarif in Tehran). The whole of the Netherlands is culpable (the good ones excepted). Betrayal of Jews, just like 75 years ago, is simply not considered something grave.

The Netherlands is a small country in Europe but it is also wealthy. (The Dutch don’t advocate that so much but the spoils of a “rich” (!) colonial past are guarded well in the safes of this frugal people.) It seeks to play a leading role in the EU, which has a checkered past regarding the Jews (Holocaust) and still, as a whole, is not very kosher on the Jewish State.

Talking of anti-Jewish sentiments: How come Rubashkin was now able to come to Israel and Jonathan Pollard still not?!