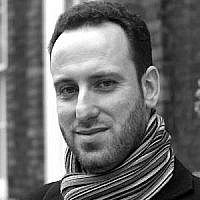 The Blogs
Semyon Dovzhik
Freelance journalist and commentator
Apply for a Blog
Advertisement
Please note that the posts on The Blogs are contributed by third parties. The opinions, facts and any media content in them are presented solely by the authors, and neither The Times of Israel nor its partners assume any responsibility for them. Please contact us in case of abuse. In case of abuse,
Report this post. 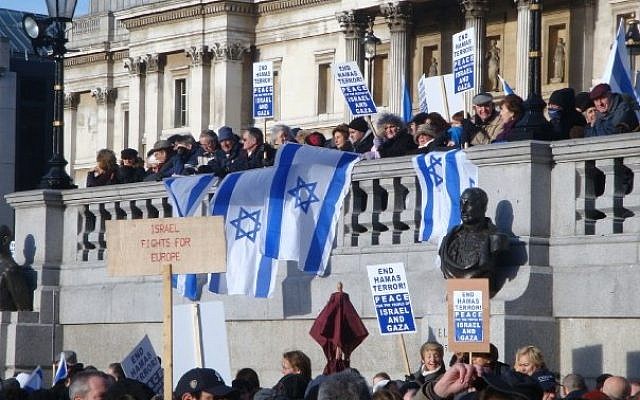 Who is an Israeli? Am I an Israeli? Such questions rarely bother people actually living in that country. By and large, Israelis are not obsessed with self-reflection. They have no time for it, and are preoccupied by more important events in their daily affairs. However, when you have lived in the Diaspora for long enough, you have no choice but to look for answers. This is especially true for those born in Russia.

I came to Israel at the age of 18 and lived there for 15 years. But for the last 12 years I have been working and living outside that country. So am I an Israeli? It rather depends on exactly what you are asking.

Many Russian readers, frequently commenting on my articles published in that language, have for long denied my right to say anything critical about Israel. “If you chose to run away,” they say, “it means out of sight out of mind. You can write whatever you want about your Britain; just leave Israel alone!”

However, should I write praising the policies of the Israel government it is probable that the feedback would not be so extreme. According to Russian-Jewish-Israeli logic, one is allowed to bestow praise, but prohibited from voicing any criticism. Since I refuse to concede to this, I have received from Israeli Russians, the reputation of an apostate, a traitor, an enemy of the people. A few years ago, one particular commentator even called me a Hamas collaborator.

My fellow British Jews are also confused as to how to categorise me. “Who are you?” they say. “‘I am an Israeli,” I respond. “No, you are not,” they exclaim. “You are a Diaspora Jew, just as we are. The only difference is that you are originally from Russia.”

I have lived in Britain for 10 years. During all of those years, I have taken part in many different Israel-based events taking place in London. What is the first question the Israelis ask me?  “‘How long did you live in Israel?”  Many of them have lived outside of the country longer than I lived there, but this is still the thing that matters to them most. Nevertheless, frankly speaking, it doesn’t matter how much time I spent in Israel or what I did there, for them I am still a “Russian.”

My status as a resident of Israel was revoked a long time ago. I cannot vote for the Knesset. There is even a possibility that I will not be able to renew my Israeli passport. Many of my Russian-Israeli friends, who now live outside Israel, suffered that humiliation. I am not an Israeli by birth, I am not an Israeli by my country of residence. I do possess Israeli citizenship, but my passport does not define who I am. But I finally came to realise: I am an Israeli by pain. A tragedy happening in Israel hurts me immeasurably more than another tragedy taking place elsewhere. I feel the pain of the death of Rona Ramon and her husband Ilan and son Assaf as if they were my own family. I lie sleepless when hearing about the young Israeli parents who were wounded and their three-week old baby murdered by terrorists.

You can argue about my status, you can take my passport away, you can vilify and curse me, but you can’t take my feelings away. Not that I am going to ask any one for permission.

This text was published in Russian  on https://relevantinfo.co.il/pain-israel/

About the Author
Born in Leningrad, now St. Petersburg (USSR), and moved to Israel in 1991. Studied political science at the Hebrew University, Jerusalem. Deputy Spokesperson for the Zionist Forum (led by Natan Sharansky), parliamentary aide for the Israel Ba-Aliya party in the Knesset. Jewish Agency spokesperson for Russian-speaking media (2002-2006), Jewish Agency emissary in Russia (2006-2008), Head of PR and Public Affairs for World ORT (2008-2010). Columnist and op-ed writer for leading Jewish media in Russian and for the Jewish Chronicle and Forward among other publications.
Related Topics
Related Posts
Comments