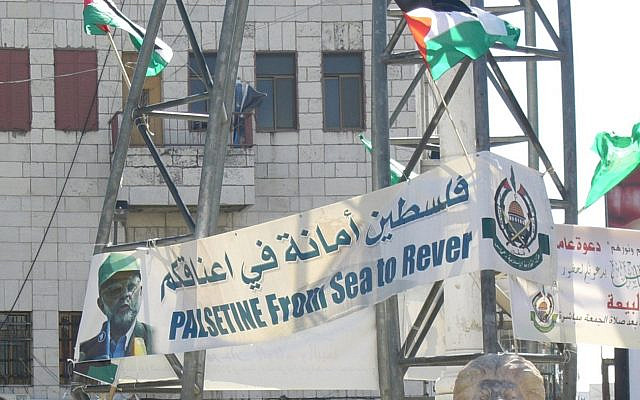 In February 1840, Capuchin friar Thomas and his Muslim servant disappeared, and the Capuchins claimed that Jews had murdered both men to use their blood for Passover. With the cooperation of the French consul (Catholics in Syria were under French protection at that time), local authorities fabricated evidence and obtained confessions by torturing and killing Jews and by kidnapping 63 Jewish children. The incident was reported internationally, and most of the press presented the unproven accusations as facts. Innocent Jews were held in captivity until August when they were released due to pressure from the West, particularly Western Jews. Despite the official withdrawal of the accusations, many Syrian Christians continued to repeat them and claimed that the Jews were freed only due to international Jewish influence. Several books were written to perpetuate the antisemitic accusations. In addition to the local Jewish victims, this incident was used as an excuse for more antisemitism internationally and made Jews everywhere increasingly afraid for their own safety. This historical event is referred to as the Damascus Blood Libel.

The most direct reason why this libel is still relevant today is that the lie is still being repeated in the Arab world. As written in the Jewish Virtual Library, “The idea that the ritual charge had been authenticated conclusively in Damascus in 1840 is repeated from time to time in Arabic-language media and by diplomats representing various Arab states. The tomb (allegedly) housing Father Thomas’ remains still stands in the Franciscan Terra Sancta church in Damascus and carries the statement that he was murdered by the Jews on February 5, 1840”. As an example, in 1986, Syrian Defense Minister Mustapha Tlass wrote a book called “The Matzah of Zion” that repeated the unfounded accusations, and the book appeared in 2021 in Saudi Arabia in the largest book fair in Saudi history (together with several other antisemitic books such as The Protocols of the Elders of Zion and Mein Kampf), under the official patronage of the country’s ruler, King Salman.

The other and perhaps more important reason why this libel is still relevant today is that the pattern that it followed is still followed today in many cases when accusations are made by Arabs against Israel. The pattern consisted of:

A recent example is the latest war in Gaza between Israel and Hamas, in May 2021.

False accusations: The Palestinian Authority’s position has consistently been that when Israel attacks terrorists in Gaza to stop attacks on its citizens, it is committing “war crimes” and even “genocide”. These accusations, however, do not hold up to scrutiny. As explained by Palestinian human rights activist Bassem Eid, the war started due to unprovoked and politically-motivated Hamas attacks on Israel, but the international media mostly concentrated on the effects of the war on Gaza while ignoring the Hamas attacks and Israel’s need to defend its citizens.

International support: British Labour MP Zarah Sultana supported the official Palestinian position by accusing Israel of committing “war crimes”. UN High Commissioner for Human Rights, Michelle Bachelet, also claimed that, “Israel’s airstrikes on Gaza may constitute war crimes”. Even the most pro-Israel foreign leaders pressured Israel to end the fighting, but no meaningful action was taken to prevent Hamas from provoking another similar war in the future just as it has done several times previously.

Fake evidence: The fabrication of evidence against the Jewish state was widespread on social media, but even the mainstream publication The New York Times engaged in misinformation about Israel’s actions in Gaza, as Robert Satloff, the executive director of The Washington Institute, explained. A UN commission was appointed to investigate the Palestinian accusations, but the revelation that the commission includes a least one openly antisemitic member suggests that the commission is more interested in finding fault with Israel than in uncovering facts.

Punishment: There was no lack of attempts to punish Israel for defending itself. Perhaps the most significant attempt was the vote in September 2021 of eight Democrats and one Republican in the US House of Representatives against the act to fund the missile defense system that saves Israeli lives. In defense of the act, Democratic Representative Richie Torres wrote, “A missile defense system (i.e., Iron Dome) defends civilians from missiles. Hence the name. Only in a morally inverted universe would this be considered a controversy.”

Rise in global antisemitism: The false accusations and other forms of misinformation against Israel were used as an excuse for increased antisemitic violence worldwide. The Times of Israel reported that the “conflict between Israel and Hamas set the stage for antisemites in Canada to unleash unprecedented, social media-fueled attacks — in-person and online — including physical violence, incitement, and harassment.” Similar stories came from the United States, Austria, the United Kingdom, and other parts of Europe. As an example of the depravity directed at Jews, in the UK, one anti-Israel protester shouted from a loudspeaker, “F**k the Jews,” “F**k their daughters,” “F**k their mothers,” “Rape their daughters,” and “Free Palestine.”

The similarities between this incident and the Damascus Blood Libel are striking, but there is one significant difference. While in 1840, the accusers were able to torture and kill the Jews who were falsely accused, and even to kidnap their children, in 2021, the accusers attempted to punish Israel but failed. The big difference between 1840 and today is that the Jews now have a state that can defend its citizens, and that state has powerful allies.

It’s important to remember the Damascus Blood Libel because if the Jewish state didn’t exist, all the elements that allowed this horrific antisemitic event to occur in the Middle East would still be here. Arab antisemitism has not disappeared, and in fact antisemitism increases everywhere when Jews dare defend themselves. The only real protection that Jews have is a strong Jewish state and strong allies such as the United States.

I am not suggesting that all criticism of Israel is antisemitic or fits the pattern that I described. Criticism of some of Israel’s policies, particularly Israeli settlements in the West Bank, can be legitimate, but too often, antisemitism is accepted under the belief or excuse that it is a form of pro-Palestinian advocacy.