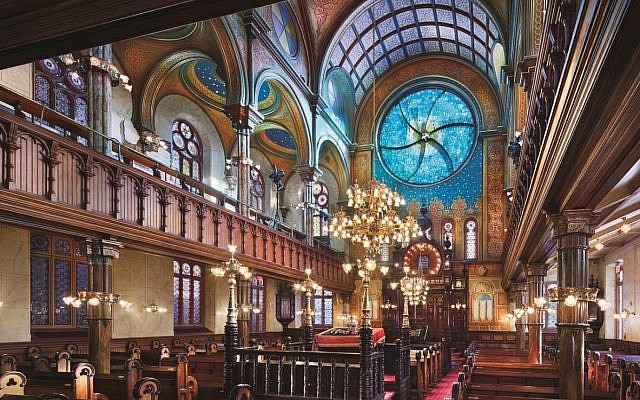 Rabbis everywhere are approaching the Days of Awe with more than the usual degree of trepidation. We always walk a tightrope, seeking that sweet spot balancing the timeless and the timely, the suffering soul and the body politic. But not since 9/11 has our mission been so clear. Feel-good sermons always feel good, but Rome is burning, and we’ve no choice but to talk about it. To ignore the proverbial elephant in the room would amount to spiritual malpractice. To mis-paraphrase Rudy Giuliani’s “truth isn’t truth” comment, this is our moment of “truth is truth.”

The key is to be able to deliver strong, pointed messages that are heavy on Jewish values while avoiding partisanship. No need to mention the upcoming elections or to cozy up to candidates; but common decency and the rule of law need our full-throated endorsement.

I led a congregational trip to Israel this summer. During a guest presentation, one of the members of the group (OK, it was me) asked how it is that Israelis could be so loyal to President Trump.  The speaker’s reply was a version of the standard fare diaspora Jews have heard for generations:

“While you are choosing to sit back and watch from the sidelines, we Israelis are putting ourselves on the line daily, in the roughest of neighborhoods. So, when someone comes along and acts so supportively, we can turn a blind eye to a few indiscretions.  Nobody’s perfect, after all.

My reply must have shocked him:

“Can you even begin to fathom the enormity of the battle we are waging right now? We are fighting for freedom of the press, for oppressed refugees, traumatized children and victimized women.  We are fighting for our planet. We are fighting for the future of democracy itself. And, oh, by the way, we are fighting for you.  Israel’s Trump-enabled anti-democratic slide is as much an existential danger as any external enemy. Because I love Israel, I fear that she will pay a very steep price when the Trump nightmare ultimately ends. So, while every day I pray for those who are defending Israel’s borders, you should also say a little prayer for us. While Israelis have been spending the summer skirmishing with Hamas and praising foreign autocrats, we Americans — Democrats, Republicans and Independents — have been fighting in the trenches of democracy’s Last Best Hope.

“So please don’t lecture me about sitting on the sidelines.”

As we enter the year 5779, across America, religion is becoming increasingly relevant. “Thoughts and prayers” are no longer sufficient in Congress, but here in the spiritual trenches they have never been more meaningful, because our prayers affirm the values of honesty, integrity and love that are being eroded every day.  Hymns that for decades were mumbled somnolently now have become arrows of defiance.

Rabbis are engaging in subversive acts every day, simply by doing our jobs. Just by standing up for decency and honesty — for being a mensch — I’ve become an accidental insurgent. Homilies that I have been delivering for decades, emphasizing basic values like humility and generosity, all now sound like a call to arms. Even the most pedestrian moral messages can be interpreted as zingers at the White House: “Love the stranger.” “Tell the truth.” “Be faithful to your partner.” “Words matter.” These have always been my bread and butter. Now they’ve become fodder for the resistance.

The resistance has even spread to the synagogue sandbox. When little Johnny is told to share his cookies with Sally, this seems countercultural at a time when the president is depriving Sally’s single mom of healthcare. When I ask little Sarah to say the prayer over fruit on Tu b’Shevat, I’m thumbing my pastoral nose at the person who wants to eliminate the EPA and ruin the earth.

So, rabbinic colleagues, there is no avoiding our task to deliver pointed messages this Rosh HaShanah. And if you are worried about being stung by those famous executive tweets, no need for concern. Religion, journalism’s First Amendment dance partner, has largely evaded Trumpian fusillades to this point. Like journalists, clergy affirm a higher truth, but they speak in a distinct moral voice that can’t easily be refuted or called “enemy of the people.”

In fact, we clergy might be Trump’s Achilles heel. He could claim — without even lying! — that many of our denominations are “failing.” He could attack any number of preachers whose carnal crimes exceed even his own. But while pastors have been organizing against the president with an intensity not seen since Vietnam and Watergate, he’s been reprimanding clergy even less than he’s been scolding Russia. He’s even spared liberal clergy — Trump seems to fear us.

It’s a longshot, but if enough clergy tell him he’s being a bad boy, maybe he’ll go to his room. LBJ knew he was sunk when he lost Walter Cronkite. Trump might feel the same if he knows he has lost God.

We are riding a holy wave that is neither blue nor red. It feels like a new Great Awakening. The entire religious landscape is being radically realigned before our eyes. Many Evangelicals are splitting from Trump over character issues. Catholics are incensed over the zero-tolerance immigration policies. Jews and Muslims, the strangest of bedfellows, have formed unprecedented partnerships that have grown deeper with each anti-Semitic incident, Islamophobic slur or act of white supremacist-inspired hate. People of faith are banding together. Shockingly, religion has become relevant again.

Jews will be looking to their rabbis for inspiration next week. We can’t flee like Jonah. There is no place to hide. Maybe that is the hidden blessing of this current moment — but only if we are ready to say “truth is truth” to power.

Rosh HaShanah 5779 is a moment, that, for rabbis, will define not just our careers, but — just maybe — our lives.

Rabbi Joshua Hammerman serves Temple Beth El in Stamford, Conn.  His new book, “Mensch-Marks: Life Lessons of a Human Rabbi – Wisdom for Untethered Times,” will be published by HCI Books in early 2019. This article was originally published in “The New York Jewish Week”