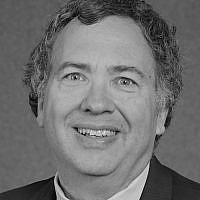 US Secretary of State Antony Blinken recently hosted on Zoom top officials of Israel, United Arab Emirates, Bahrain and Morocco to commemorate the year anniversary of the Abraham Accords this month. These agreements, the first between Israel and Arab countries since Israel’s peace treaties with Egypt (1979) and Jordan (1994), were a breakthrough that could make the late Israeli leader Shimon Peres’ vision for a “New Middle East” – an economically interconnected and peaceful region – a reality.

Much of the conversation has surrounded the question of how to broaden the Abraham Accords to other Arab and Muslim countries. This is a worthy objective that should be pursued. Yet, a pathway to broadening is to deepen ties with existing normalized states and leverage them to build a more connected and economically integrated Middle East.

All of the important foundational work over the past 12 months since the signing of the Abraham Accords has been bilateral between Israel and each of these countries. There are new direct flights between Israel and the UAE, Bahrain and Morocco. The UAE and Bahrain have sent ambassadors to Israel and vice versa. Biden Administration officials are hoping to finalize ties between Israel and Sudan, which were also announced last year.

Since the signing of the accords, trade between Israel and new normalized countries has grown, but the greatest promise lies in ties between the UAE and Israel. With billions of dollars in funds committed and dozens of business deals inked, the UAE is now Israel’s largest trading partner in the region with more than $600M in bilateral trade. Citing an estimate by the RAND Corporation, UAE Economic Minister Abdulla Bin Touq Al Mari has said he expects more than $1 trillion in economic activity between the two countries over the next decade.

There has been an uptick in trade among the veteran Arab normalizing states, as well. Demonstrating the regional potential of these deals, in the first half of 2021, Israel-Jordan trade was up nearly 65% and Israel-Egypt trade was up more than 30% from the 2020 levels. Given proximity and potential, these are still very modest figures but their growth demonstrates a demand.

Needed: A sustaining architecture for cooperation

Yet, the Middle East has among the lowest rates of intra-regional trade in the world. Intra-regional trade is less than 10% of the region’s total trade, compared to Europe and Asia where intra-regional trade accounts for 68% and 60%, respectively. This lack of economic integration has meant disconnected logistics and supply chains, high trade and investment barriers, a patchwork of regulatory regimes, and a region that doesn’t coordinate efforts on common challenges from COVID-19 to climate change. These divisions have chronically held back economic growth and foreign direct investment in the region.

Without a sustaining architecture to support regular dialogue and cooperation between governments to reap the fruits of a more connected Middle East, the Abraham Accords will not fully reach their potential.

There have been efforts over the years to break down barriers to trade and promote more open trade in the region but these efforts have either excluded Israelis or fallen victim to a moribund Israeli-Palestinian peace process.

But this is not the Middle East of the 1990s. Countries rich in oil and gas are looking to diversify their economies and to create “start-up nations” that will empower and fuel a young innovative generation entering the workforce, create hi-tech jobs, and solve big national problems in health, energy, mobility, and beyond. Arab countries look at Israel as a success story for building a global powerhouse that has more start-ups per capita than anywhere in the world and has attracted 300+ global multinational companies to invest in research and development centers. Comparative polling asking the same question at a six-month interval in 2020 – before and after the Abraham Accords — demonstrates that among key Gulf Arab states public support for doing business with Israel went up sharply. The figure rose as much as four-fold in Saudi Arabia, which is not even a signatory of the Accords.

To support expanding trade in the region, leaders from across the region — supported by the US — should come together to lay down a new paradigm for economic cooperation and build a governing architecture to support that vision. The region can look to the Asia-Pacific Economic Cooperation (APEC), a multilateral economic and trade forum that has helped lower tariffs, improve travel, customs and supply chain networks, and promote good public governance and smart regulation. Its members include Southeast Asian countries with bitter histories of conflict. During the last three decades since APEC was founded, thanks in no small measure to US support, the region’s GDP has more than doubled and trade has increased sevenfold, with two-thirds of trade happening between member economies.

Regional economic architecture in the Middle East would establish and support a regular process for governments, business leaders, academia, and civil society groups to get together around a common economic agenda that will benefit the people of the region and strengthen the Middle East’s global economic competitiveness. A platform like this could advance real economic cooperation – lowering tariffs, opening up trade routes, and shaping policies and standards across the region that address social, economic, and environmental challenges.

The region has proven it can manage this despite political complexities. In 2019, Egypt, Israel, Cyprus, Jordan, the Palestinian Authority, Italy, and Greece launched the Eastern Mediterranean Gas Forum (EMGF) to best coordinate utilization of the glut of natural gas discovered off the coasts of Israel, Egypt, and Cyprus. A stronger and more competitive energy market has also drawn in Abu Dhabi’s Mubadala Petroleum to invest nearly $1 billion in Israel’s offshore fields. Though this was enabled by the Abraham Accords, it was made commercially attractive by virtue of a more integrated energy market across the region.

A broader regional economic platform that deals with issues such as trade, investment, and innovation region-wide would also serve US interests. The Middle East accounts for a small share of total US trade today, but the region is an important growing market for US trade and investment.

With talk of American retrenchment abroad and the inroads China is making in the Mideast with its Belt and Road Initiative, the US has a growing interest in drawing our friends in the region closer in order to maintain our influence.

Historically, leaders who have routinely thought of regional economic links as the means to create prosperity and curb conflict have usually believed the Mideast was the exception that proved the rule. Now, however, many in the Mideast no longer want to be the exception.

The above was co-authored by Josh Kram, a fellow at the Truman National Security Project.