The Blogs
Abraham Cooper
Apply for a Blog
Advertisement
Please note that the posts on The Blogs are contributed by third parties. The opinions, facts and any media content in them are presented solely by the authors, and neither The Times of Israel nor its partners assume any responsibility for them. Please contact us in case of abuse. In case of abuse,
Report this post. 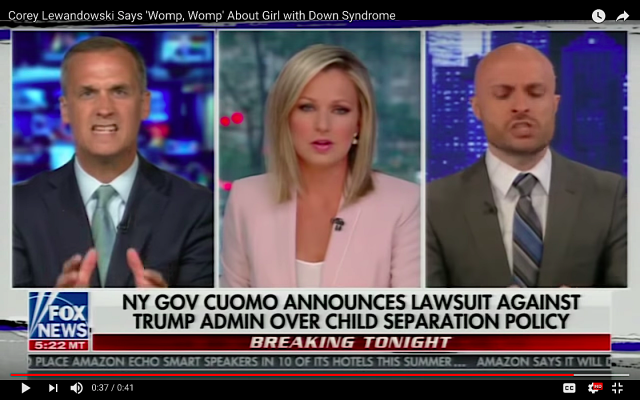 The Simon Wiesenthal Center was founded in 1977. In four decades, we have never endorsed any candidate for any office. But in 2018, for the first time, we are announcing our endorsements. We urge every eligible American this November to vote M- for Mentsch (men(t)SH/ a person of integrity and honor).

Right now we are witnessing an erosion of menschlichkeit in our nation’s political discourse that threatens the very foundations of our society. Maybe it’s the overabundance of cable TV or free Tweets, but Americans are being assaulted by behavior unbecoming the world’s freest and most open democracy.

The latest episodes, too numerous to count, involve the already contentious immigration issue. I have watched a former advisor to President Trump mock the separation of a ten year old with Down syndrome from her mother.

On the other side of the political divide, opponents of President Trump continue to double down on misappropriating imagery from the WWII Holocaust to label the President and anyone supporting his immigration policies as Nazis. General Michael Hayden, a man who has served his country with distinction as the head of the NSA and CIA, besmirched his good name and demeaned the victims of the Shoah by using a picture of the gates of the Auschwitz Birkenau Death camp to accompany his anti-Trump Tweet.

MSNBC’s Joe Scarborough opened “Morning Joe” by declaring, “Children are being marched away to showers — just like the Nazis said they were taking people to the showers, and then they never came back. You’d think they would use another trick.”

Another cable commentator insisted that, “Increasingly, Donald Trump is turning this nation into Nazi Germany and turning these [detention centers] into concentration camps.”

And Congresswoman Jackie Speier, who has every right to critique and denounce the policies of the President, also has chosen to inject the imagery of Jewish children who died in gas chambers to the plight of immigrant children held separately from parents by US authorities.

Over the years, political partisans of all stripes have invoked the image of Hitler and the Nazis against their opponents. Donald Trump joins George W. Bush and Barack Obama all have been depicted as a Fuehrer.

But what we are experiencing now in our national discourse and political culture is much more dangerous. Because if you really believe that people who disagree with you on policy are truly evil — Nazis even — then action, even beyond the ballot box, must be taken. Sure enough, Congresswoman Maxine Waters called on supporters to confront Trump officials in public spaces.

Right on cue, protestors are now targeting public figures in private places, with both Homeland Security Chief Kirstjen Nielsen and White House Press Secretary Sarah Huckabee Sanders were accosted for the crime of wanting to eat dinner at public restaurants. Nielsen’s sin was apparently especially egregious – she was hunted down and filmed eating at a Mexican restaurant!

This is no laughing matter and, sans intervention by top political leaders, such corrosive conduct could easily escalate out of control. Americans have always believed that our common space is sacred space, available to all people of all persuasions — to gather, express our views and raise our families without fear of intimidation by self-anointed thought or food police.

Thankfully, one leader, Nancy Pelosi has now spoken out forcefully. In a tweet reacting to Congresswoman Waters, the House Minority Leader said, “In the crucial months ahead, we must strive to make America beautiful again. Trump’s daily lack of civility has provoked responses that are predictable but unacceptable. As we go forward, we must conduct elections in a way that achieves unity from sea to shining sea.”

A few more reality/civility checks on both sides of the aisle are in order. To help encourage behavior modification let your elected officials know that this November, you’ll be voting M for mensch.