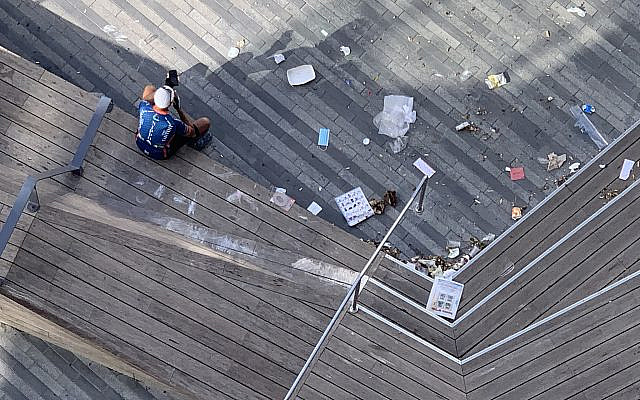 Here I thought we were doing so much better in Israel than they’re doing back home in the States.  The country had knocked the novel coronavirus to its knees, people were restarting their lives outside of home, and Israeli researchers were running neck-and-neck with other scientists around the world to come up with a COVID-19 vaccine.

To top it all off, a new coalition government was…Dang.

The swearing in of the Knesset by an impressive 73-46 margin should have been big news, a comforting sign that the country, deadlocked and rudderless for more than a year, was finally pulling itself together.

Alas, the bigger news was that Benjamin Netanyahu was about to name a record 35 new ministers. The prime minister explained that paying for a bloated roster of co-leaders, while the country struggled under its economic woes, would be less expensive than holding a fourth election.

In other words, here he was, standing nobly at the helm of the ship of state and, like Homer’s Odysseus, to make it past Sicily he had to choose between the six-headed Scylla and the whirlpool Charybdis.  Epic.

Following in the footsteps of Moses, who had Aaron and Hur hold up his arms to empower the Israelites in their battle against Amalekites,  Bibi brought in more ministers.  But I’m getting carried away.

Let me take a breath.

Most mornings I love looking out at Tel Aviv from my fifth-floor balcony. I usually rise early enough to enjoy the view before the city wakens.

On the day that the Knesset approved establishment of Knesset-35, I stepped onto my balcony and gazed at the plaza below.  It’s a popular family destination. Occasionally, some homeless man finds refuge there for the night. 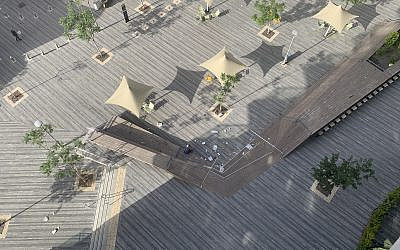 The morning in question,  I saw a fair amount of litter on the ground, most of it strewn in one particular area. This came as no surprise. There’s usually trash on the plaza in the early morning. I was confident that our building staff, now back to full strength after several coronavirus furloughs, would clean it up soon enough.

What I found of particular interest was a gentleman immersed in his smartphone who was sitting right by the densest concentration of garbage. The rest of the plaza was relatively clean.  Why didn’t he take a chair beneath an umbrella?

Granted, just because it was cool on my balcony doesn’t mean it was equally pleasant under any of the umbrellas on the plaza. 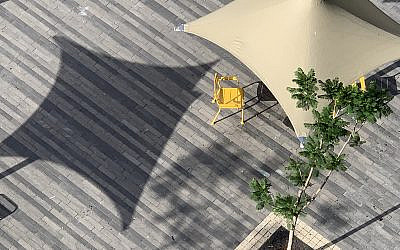 If that was the case, he might have sat on the wooden platform across from his spot. Those seats are comfortable enough. 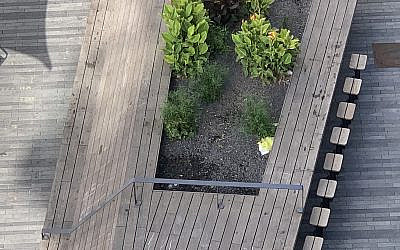 Why sit in the midst of all that rubbish?

Which leads me back to what was about to happen in Israel’s parliament later in the day.  Here was a man sitting like some Knesset member, unperturbed by the problems facing his country, and instead fixated on his own agenda.

I didn’t ask the guy, so I don’t know what he was doing on his phone, but as an Israeli closing in on the one-year anniversary of my new-citizen status, I have a good idea what more than a few Knesset worthies spend a fair amount of their time doing: They are busy burnishing their images. 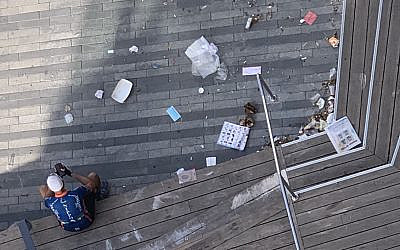 Taking another breath, I suppose that there may be some method in Bibi’s fiscal madness. With so many ministers giving way at their oars together, Israel might fix its economy more quickly, finally make peace with the Palestinians, and who knows what else?

For the record, our maintenance crew cleaned up the plaza well before lunch. 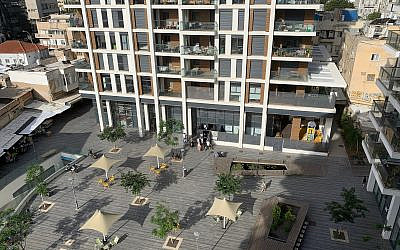 In short, no one should complain about a top-heavy government, even one stacked with ministers who have apparently no relevant expertise to carry the portfolios assigned to them.  (Remember that former Minister of Health who ignored his own ministry’s home-sheltering guidelines?) We finally have a government, right?

So, three cheers for Knesset-35.

That’s not Scylla and Charybdis.  We’re talking Aaron and Hur.  As far as leadership goes, with COVID-19 still lurking, things could be worse.