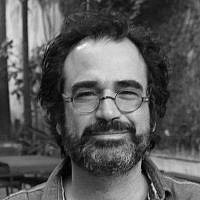 The Blogs
Ronnie Perelis
Apply for a Blog
Please note that the posts on The Blogs are contributed by third parties. The opinions, facts and any media content in them are presented solely by the authors, and neither The Times of Israel nor its partners assume any responsibility for them. Please contact us in case of abuse. In case of abuse,
Report this post. 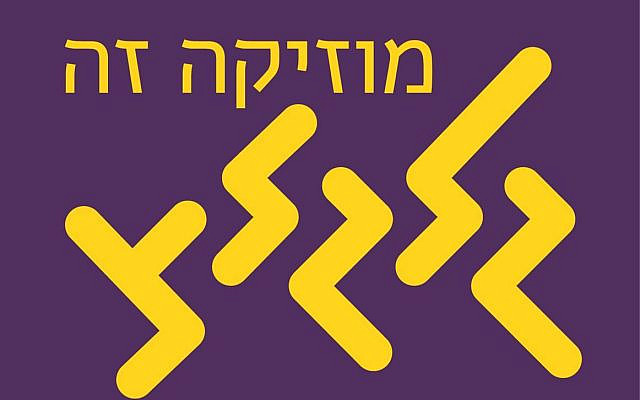 I love listening to Israeli radio. When I am in Israel, I find that by tuning in to the range of stations — Haredi, Arabic, pirate anarchist, classical, and of course Galgalatz — army radio — I can get a feel for the shifting, surprising and complex pulse of the country. There is the music, the commentary, the traffic and of course the ads. On a trip to Israel, I discovered the Galgaltz app and it has been a way for me, living far away, to tune in and be connected with a place and with a people I love.

Yesterday, when the narrow grip of social media was dragging me down, and the news was unrelenting and shallow, I sought solace on Galagaltz. There are streams that are filled with news shows and talk shows, and that is all well and good, but I went straight for the music.

Yesterday, for most of the time I was listening, it was all requests. At some point, they gave priority to the people living in the south, those who bear the brunt of Hamas rocket fire, those for whom running into a bomb shelter has become a sad and unsurprising part of life. With the hundreds of rockets fired into the main strip of residential neighborhoods, towns, and major cities, now its as if most of the country gets a taste of what it’s like living in closer range to the terrorist rockets.

The music was sometimes interrupted with messages advising people from such-and-such area to seek shelter. At the regular interval, there were traffic updates. Israel has pretty bad traffic around its major cities, but not last night. People were staying close to home. The music was a mix of classic Israeli artists — Yehudit Ravitz, Boaz Sharabi, Meir Ariel — and American R&B, pop. It felt like every request was a veiled prayer. The songs of love and longing masked an existential desire to reach a place beyond the violence and fear. Shoshana from Kibbutz Yad Mordechai, near Gaza, requested John Denver’s “Country Roads.” I cried as I listened to this corny classic. We all just want to go home, want a home that is safe and warm!

During one of the news updates, they reported that Ayman Oudeh, a prominent Israeli Arab politician, denounced the attacks on Jews in the mixed cities of Lod and Acre. The newscaster than reported that an Arab was severely beaten in the seaside town of Bat Yam. Rabbi Yitzchak Yosef, the Sephardic chief rabbi, put out a statement decrying that attack, and reminding anyone who would listen that this is not the way of the Torah.

Every Friday, I try to catch Ehud Banai’s weekly radio show: “Zeh HaMakom” “This is the Place.” It is on at 2 p.m. Erev Shabbat and 7 a.m. New York time. It is a mix of musings on the weekly Torah portion, an upcoming holiday, the death or life of a great (often overlooked) poet or artist, all framed by Banai’s intuitive and cosmic musical choices.

A discussion of the revelation at Sinai leads into Dylan’s “Fire on the Mountain.” Banai celebrates all of the currents that make life in Israel come alive — all of the languages and music of the entire region — from Iranian Sufi music to his own collaborations with Arabic musicians in Israel to Hasidic nigunim and the Blues. Banai models what it means to be rooted and open, how to love your own and through that love appreciate the other.

At the end of last week’s show — which feels like a world away — the newscast came on and reviewed a few headlines, gave the weather outlook for the weekend, announced the times for the beginning of Shabbat throughout the country, and then turned to the station’s Muslim listeners, wished them a Ramadan Kareem and listed the times for the end of the fast. This is a small token towards living together, an acknowledgement that the Israel is land of many peoples and that is part of its power and beauty. This week we saw that it is also at the heart of its pain. And as horrifying as the destruction raining down on the inhabitants there — those living in Gaza and those throughout Israel — the scenes of fury, destruction and violent hatred tearing through towns that are shared by Jews and Muslims in the heart of Israel, the sight of synagogues burning, of Torah scrolls being rescued, of Jews being beaten in the streets of the Jewish state, and of Jewish thugs vandalizing Arab owned shops were more disturbing.

Do these acts of violence point to a deeper breakdown in the fabric of Israeli life? Will the reality of Jewish and Muslim quotidian interactions, decades of living together, of buying and selling, of living in a tiny country together, prevail against these spasms of fury?

I continue to listen to the radio, to pop songs and soulful ballads interrupted by sirens warning of incoming missiles in the South. I continue tuning in to hear the human voice, to stay connected to my brothers and sisters from my home in the Diaspora, and to remember that this isn’t just a faraway and abstract news story.

About the Author
Ronnie Perelis is the Chief Rabbi Dr. Isaac Abraham and Jelena (Rachel) Alcalay Associate Professor of Sephardic Studies at Yeshiva University and the director of the Rabbi Arthur Schneier Program for International Affairs of Yeshiva University. Prof. Perelis explores the complex relationship between Iberian and Jewish culture in his scholarship and teaching. Perelis believes that the past can inform and energize the present.
Related Topics
Related Posts
Comments