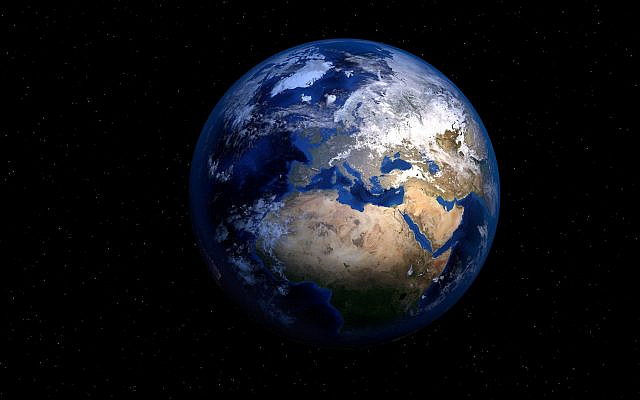 Image by PIRO4D from Pixabay

Just as every generation thinks it invented… er… rock and roll...

Well, every generation thinks it has finally fulfilled the broken promises of a master concept, to boot!

At the same time, the quest for universal requires proper regard for the varieties of human experience, tastes and traditions.

The tension between both concepts can seem so huge, that some have simply given up on attempting any reconciliation of these two master virtues and meta-values.

Daesh put Universalism over Pluralism: a world empire that confused the universality of morality with an imperative to universally enforce the norms perceived as universal; and at the point of a sword, at that!

The same can be said about the Nazis.

And the CCP too; especially as since over time, any pretence at traditional socialist internationalism (however one might judge the merits of demerits of the latter) has been finally dropped, and decades-long attempts have been made to use rather different economic strategies of influence…

Of which more later, as my running expose of the Red Fascist dictatorship continues, and as I continue appealing for a worldwide United Front that runs like a thread of gold across the entire world; including, but not limited, to the Occupied Nations of Tibet, East Turkestan, and Mongolia, and even Occupied Hong Kong; after all, imperialism cuts both ways!

Thus much for anti-pluralism: from Mussolini to Mao, from al-Baghdadi to Albert Speer, the threat of a shallow universalism is clear.

Universalism, in order to be authentic, must take pluralism seriously, rather than rejecting it.

Hence the necessity to reject all anti-pluralist forces, from David Duke to Deng Xiaoping, from Richard Spencer to the Rangoon junta.

But of course, pluralism has its deep and shallow forms too.

Pluralism, insofar as it is authentic, does not reject universalism, but insists on some clear red lines.

Liberty does not mean licence: this means, for example, that sex-segregated prisons should be run in the traditional manner, rather than using them as human vivisection labs for the kinds of wildly eccentric experiments in living that have sent John Stuart Mill for an unprecedent cemetery birl to end all birls.

Pluralism is also undermined when fashionable reproductive views and customs of relatively recent discovery and normalisation are weaponised in a national-chauvinist, imperialistic, aggressively ultra-secular manner to stigmatise both people abroad, and people in one’s own country; without stopping to consider how far the universality of said norms and practices have actually been vindicated at this very early point in history.

How far can Disabled Lives Matter in a society where words like healthcare are redefined in an oppressive and indeed deeply eugenical direction?

So, in the end, Universalism and Pluralism have an interesting logical symmetry here: both of them have shallow forms which exclude the other term, and deep terms which affirm the other term.

But how does one work towards the unity of Universalism and Pluralism?

One view is the deliberative vision: by dialogue and compromise, people harmoniously resolve their differences.

Another view is the agonistic vision: politics, insofar as it relies on power dynamics that are the inevitable effect of an imperfect world, require a hard-headedness about the potential intractability of conflict, and likewise about the necessity of using ethically flexible means to achieve higher aims.

It would appear, prima facie, that neither approach is fully effective on its own, or even can monopolise the moral high ground of strict principle.

Whether on the grounds of moral absolutes or of more consequence-orientated thinking, both deliberate and agonistic approaches to reconciling Universalism and Pluralism seem limited in some ways.

This is not to delegitimise either approach per se, but it does raise the question of whether there are times in history where one should predominate, while the other one plays a subordinate role.

At the moment, Neoliberalism, like Communism, is the god that failed.

And it seems Neoliberalism, however paradoxically, has promoted a shallow Universalism and shallow Pluralism.

This is a Hobbesian race to the bottom.

Or to put it another way, it leads to purely reactive backlash tendencies, that manifest an utterly obsessive logical and emotional dependency on the myriad existing ideological and material tendencies they profess to despise.

The arrogance of white nationalists, incels and violent extremists of various faiths clashes with some of the less edifying elements in progressive identity politics, and both in turn are hostile to establishments that have lost their nerve and sometimes look as though they were anxiously trying to seek alternatives without rocking the boat too much.

These gradualists, in turn are spooked by outriders and radicals, many of whom come from the very establishment itself, and who present themselves as seeing which way the proverbial winds of change are blowing; these outriders themselves sometimes present themselves as the adults in the room who are there to prevent the true fanatics from storming the gates of historical destiny, while gradualists anxiously protest (or softly murmur) that this is not the way, and that the outriders are actually being complicit and are empowering even more dangerous people.

It would appear that at the current time, an excessive focus on some purely deliberative approach to reconciling Universalism and Pluralism is deeply, deeply unwise.

This is not to say it is wholly illegitimate; but it seems that in order to restore order and end the chaos, due weight should be given to the agonistic approach to reconciling Universalism and Pluralism.

This, of course, is simply a question of emphasis.

Neither agonistic nor deliberative politics can, or even should, exist in a pure form.

But until the current world inferno is stilled, it is necessary to instil a certain ethical flexibility that goes beyond mere proceduralism of a bygone age.

The substance of the moral law, at times, will need to overrule the dead letter.

All of this is generally relevant to the current world situation of today, but I feel it is particularly important when one considers the necessity of the coming United Front against Red Fascism.

Tankie Tears aside, this simply cannot be a Disunited Front.

It is a worldwide, deep Universalist, deep Pluralist movement of unconditional love, and unrelenting zeal for justice.

I’ve often thought Judaism’s profound moral vision has had an incalculably important effect on that of Christianity.

And I’m sure every world faith has a lot to offer in terms of understanding how to reconcile  Universalism and Pluralism.

So, while the world gradually awakens to the worldwide mayhem the CCP dictatorship has been inciting (with the various covert and overt means the Party uses), it really is very important that the wisdom of the world faiths is brought to bear on this crucial task.

I truly believe that when the coming long years of economic and psychological and informational delegitimation of the Party have caused it to fall like any tyrant of old, human beings will reach an unprecedented moral clarity, and reconcile our differences with a worldwide network of multi-faith democracies, with high degrees of national and even sub-national (local) autonomy.

But the current world crisis is the result of a very long conflict between various kinds of shallow Universalism and Shallow Pluralism, as well as between autocratic, anti-pluralist visions of religion and naively anarchic secular ideologies.

More pain is to come.

But I truly believe with all my heart that we, as a planet, will reach a New Understanding together.

First, however, we must pass through fire and water.

In due course, all of us, we human beings, can fulfil the promise given to Noah, that human beings can live in a greater peace and harmony that we’ve known before, and that the various religious traditions of the world, in their deepest and most universalistic and pluralistic forms, can adorn our beautiful, tearful-twinkling, blue and green planet, and that Habbakkuk the faithful watchman proclaimed with ecstacy as he danced with a joyous, holy fear that passes all understanding, even of the wise and the most pious of all:

The earth will be filled with the knowledge of the glory of the LORD as the waters cover the sea.