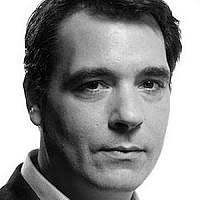 The Blogs
Jonathan Howard
Apply for a Blog
Please note that the posts on The Blogs are contributed by third parties. The opinions, facts and any media content in them are presented solely by the authors, and neither The Times of Israel nor its partners assume any responsibility for them. Please contact us in case of abuse. In case of abuse,
Report this post.

A truly proportionate response would be a terrible thing: we’d be trying to wipe the Muslim world out.

So we must ask ourselves: what would a proportionate response look like, exactly?

Every Friday and Saturday, every rabbi in Israel would remind his congregation how important it is to kill all of the Muslims in the world, wherever they find them. Israeli schools would brainwash Israeli kids to die killing Muslims, for the glory of making Judaism dominant in the Middle East.
Israeli TV would broadcast threats of genocide to the Palestinians, with the IDF entertainment unit singing specially-written songs in Arabic about how bloody and glorious the massacre will be. (At the same time, they’d go to the UN and accuse the Palestinians of genocide.)
Israeli girls would be killed by their own families if they liked boys. So would Israeli boys.
IDF artillery would shoot rockets into Arab towns without any military targets, with the intention of killing as many civilians as possible, several times a day, sometimes hundreds of times a day.
The Mossad would send young Jews to blow themselves up in shopping centres, hotels, cafes, nightclubs and bus stops around the world. Israeli municipalities would name streets after the suicide bombers, and the government would pay their families a pension for life. The proud Jewish mothers of the suicide bombers would appear on Israeli TV encouraging mothers everywhere to give up their children for the cause of killing Muslims.
The IDF would bully and threaten the UN to let them store their weapons and explosives in UN facilities. Israeli artillery soldiers would travel around in UN ambulances, kill their own women and children with misfired rockets, then invite the international press to see the dead women and children and blame it on the Palestinians.
They’d store IDF explosives in Israeli homes, and when they blew up in accidents (due to the incompetence of IDF explosives experts), they’d blame the Palestinians and invite the foreign press to come and see the dead women and children.
They’d ban the foreign press from taking any photos of IDF soldiers in uniform, and threaten reporters if they reported anything except dead women and children.
The IDF Spokesman would claim that the IDF casualties are actually women and children.
The Israeli PM’s office, and all of the IDF general staff and senior officers, would be relocated to the basement of Hadassah Hospital (confident that the Palestinians generally try to avoid hitting things like hospitals).
Likud would execute members of the Israeli opposition parties if they criticised Bibi’s conduct, taking them out behind the back of the Knesset building and shooting them in the head.
Before running into their bomb shelters, brave IDF soldiers would force Israeli women and children into the firing line, sometimes breaking their legs to stop them getting away, and sometimes chaining them to buildings. Then they’d shoot missiles at the Palestinians, and run into the shelter. They’d emerge to find dead women and children, and call the foreign press over to take a look.
The IDF’s Engineering Corps would kill hundreds of Israeli child slaves digging tunnels. The tunnels would be designed for blowing up Palestinian schools and homes, and for IDF freedom fighters to kidnap Palestinians to use as hostages.
If the tunnel kidnaps succeeded, Israel would then use the hostages to force the release of the thousands of Jews in Palestinian jails who were responsible for organising the many Jewish suicide bombings. They would be given a heroes’ welcome, and promptly go to work organising more suicide bombings.
The Israeli government would use most of Israel’s public money on terror tunnels and villas for Likud leaders, and put the rest in Swiss and Qatari bank accounts for Israel’s leaders to enjoy. This would sink Israel into poverty. They’d blame the poverty on the BDS movement, and demand more money from the international community to build more tunnels, and more villas for Likud leaders.
They would proudly announce, quoting the Israeli Declaration of Independence, that they’re not going to stop until all of the Muslims in the world have been driven into the sea.
And then they’d come for you.
I think we can be thankful that Israel’s response is not proportionate.
About the Author
An adman, IDF soldier, start-up entrepreneur and investor, creativity coach and anthropologist. Proudly British by birth, proudly Israeli by choice. Reasonably sane.
Related Topics
Related Posts
Comments 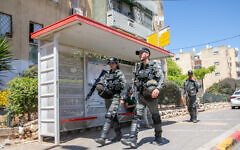