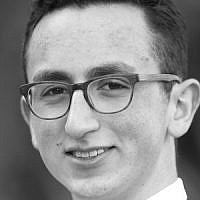 The Blogs
Devir Kahan
Apply for a Blog
Advertisement
Please note that the posts on The Blogs are contributed by third parties. The opinions, facts and any media content in them are presented solely by the authors, and neither The Times of Israel nor its partners assume any responsibility for them. Please contact us in case of abuse. In case of abuse,
Report this post.

Given the seemingly ongoing precarious situation in Israel I would like to share some thoughts on the topic of אַחְדוּת/Achdus that I once heard from one of my rebbeim. The value of Achdus is practically undisputed. All agree that the value of unity is intrinsic and important to Judaism. There are, however, two fundamental misunderstandings when it comes to Achdus.

The first is well known, and that is to confuse unity with uniformity. Indeed, the same play on words exists in Hebrew as well, in confusing אַחְדוּת with אֲחִידוּת. Uniformity, of course, is not necessary at all to achieve the seemingly ever-elusive goal of Achdus. When we speak of Achdus, we speak about living in harmony with one another. Harmony does not mean similarity at all, but rather implies disparate elements coming together to make something more impressive than any single element could muster. Unity and harmony means the ability to coexist and understand one another. Achdus does not dictate that we should agree with everyone, but rather how we are to disagree. Achdus, and Judaism, does not mean giving up one’s individualism.

The second misunderstanding when it comes to Achdus, though, is more fundamental and less well known: What is the actual definition of the word “Achdus”?

In reality, it is not “unity”. The definition of the word אַחְדוּת comes from the root word of “אָח”, or “brother”. Thus, אַחְדוּת really means “brotherhood”. What does it mean, then, when we promote brotherhood amongst our fellow Jews?

Biologically, of course, this is wholly incorrect. Brotherhood has nothing at all to do with sharing a lot of friendship, or mutual feelings. Rather, a brotherhood is technically just the opposite. A brother is someone with whom you share a connection that transcends any feelings of even love and friendship. Brotherhood is something people share regardless of their feelings for one another. There is brotherhood when there is a common source and root shared amongst people. You may like your brother, you may not like him, but he is your brother all the same due to a deep-seated connection you both share.

Indeed, this is not only true at the technical level of biology. Members of a sports team, a class, a camp, and so forth are closer to true brotherhood than they are to just simply being friends. They share a common connection, root, and, hopefully, goal. The stronger the connection to the common bond at the center of the group, the stronger the sense of brotherhood.

How much stronger must our connection be as the Jewish people! What a root and goal we all share! Would that we all recognize this! We are all brothers — and no amount of differences between us will ever change that. Such is true Achdus.

There are two ways of doing chesed for another person.

In the first model, one does something nice for someone else. It is an act of chesed that actually highlights the differences between the two parties involved. Giving charity, for instance, is undoubtedly a very nice thing to do — but in so doing, one is actually highlighting and strengthening the divide and difference between the one giving and the one receiving the charity.

The second model of chesed, though, is a higher level. In this model, one displays that the receiver of the chesed is actually merely an extension of the giver. When Rabbi Aryeh Levin would go to the doctor with his wife, for instance, he would tell the doctor “our leg is hurting us”. He was not going to the doctor for his wife. Her pain was his pain. They were one and the same.

Rabbi Avi Weiss — agree or disagree with any of his policies all you want — was once asked how someone becomes such an influential leader and advocate for Israel. He responded by saying that if one has to ask himself such a question, it is never going to work. It would be akin to asking “How do you respond so strongly and passionately when someone pours boiling water on your arm?” When it is your arm that is being burned, you spring into action immediately. There is hardly a consideration, much less a choice, involved.

Doing chesed for another, versus doing chesed for an extension of yourself are two very different things. One can do an act of chesed that highlights the differences between people — and, no doubt, such acts of chesed are necessary and deeply beneficial (for both parties). But one can also perform acts of chesed that highlight the fundamental unity and connection between the giver and the receiver.

As was so astutely pointed out by my rebbe, Achdus — something that is so desperately needed right now in these trying times — is distinctly not about how much friendship we have for one another. Rather, it is about realizing that you and “the other” are in reality one and the same. It is not a question of “How do we help them?” We are them; and they are us! This is our fight, and our struggle.

It is no small task, but the sooner we understand and internalize this, as a nation, the sooner we will be able to reach a level of true Achdus with one another.

And may we all, together, merit to see the redemption speedily, and in our days.