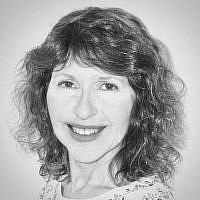 I have been involved in the pro-life movement for three decades. I never thought I’d see the glorious day when Roe v. Wade would be overturned by the Supreme Court. Pro-lifers are joyful and are celebrating this enormous victory on behalf of unborn children.

We must acknowledge and give thanks to President Donald J. Trump. Three of his Supreme Court justices voted to overturn Roe in a 5-4 ruling, stating that there is no right to abortion in the Constitution. Chief Justice John Roberts opposed overturning Roe v. Wade, stating in a separate opinion that he preferred a more “measured” ruling on Dobbs v. Jackson Women’s Health Organization.

We are thankful that all five conservative justices did not buckle to the intimidation tactics by groups like “Ruth Sent Us” and “Jane’s Revenge.”

Up to 26 states will either ban abortion outright or enact strong restrictions. So far, LifeNews.com reports that 10 states – Mississippi, Ohio, Missouri, South Dakota, Arkansas, Kentucky, Texas, Louisiana, Utah and Oklahoma — have banned abortion. Thousands of babies will immediately be saved in these states.

Blue states like New York, California, Colorado, Illinois, and Vermont will continue murdering babies up to the moment of birth. Democrat governors and legislators will enact laws to enshrine abortion into their state constitutions, like the barbaric “Reproductive Health Act” signed by former New York Governor Andrew Cuomo in 2019.

Abortion fanatics are on a rampage. So far, terrorists have attacked the Arizona Capitol Building and the Vermont Statehouse was vandalized. Vermont has legal abortion for all nine months, but the terrorists didn’t care. These anarchists are using the Supreme Court ruling in Dobbs as an excuse to take down the government. Will they be charged as insurrectionists, like the January 6th protesters? Attorney General Merrick Garland is not addressing the escalating violence.

Expect extreme abortion laws from radical Democrat politicians like Governor Kathy Hochul (D-NY) who signed legislation forcing insurance providers to cover baby killing. Hochul announced $35 million dollars in funding to be allocated to abortion businesses, and six bills that she calls “landmark protections” for these facilities. “We’ve already seen the threats of anti-abortion violence…and it’s only going to get worse,” she said.  By “anti-abortion violence” Gov. Hochul must mean the pro-life pregnancy center in Buffalo, NY that was firebombed by the zealots who call themselves “Jane’s Revenge.”

Planned Parenthood will boost efforts to transport the dangerous chemical abortion drugs, mifepristone and misoprostol, nationwide to women in states that ban abortion. These drugs are known to cause hemorrhaging, have killed two dozen women and injured thousands. It is especially risky when women take the pills without medical supervision and later in pregnancy, putting them at high risk for complications and adverse events.

Pro-life organizations and citizen journalists will continue their vital and important investigative roles exposing the facts about chemical abortion dangers. These drugs now comprise over 50% of all abortions today. It will be difficult to track distribution or enforce regulations if the drugs are transported across state lines by paid mules, or if the drugs are made available over the counter.

Operation Rescue continues to document the dangerous abortion businesses that remain open despite repeatedly botching abortions and sending women to emergency rooms. Anyone who believes abortion is safe should visit their website, and Life Dynamics for the truth about “safe and legal” abortion.

There is a growing list of corporations that plan to pay travel expenses for their pregnant employees to obtain abortions. An alternative would be to offer financial incentives for pregnant employees with temporary paid medical expenses, bonuses, and maternity leave.   Providing these options would motivate mothers to choose to have their babies.

Suppose an employee is ill and needs to travel to a specialized medical facility for treatment not available elsewhere. Will these corporations pay travel expenses for employees with serious medical conditions? Probably not. Because abortion “care” is much more important to them.

It is essential for pro-lifers to raise public consciousness about pro-life pregnancy resource centers. There are now over 2,700 pregnancy centers across the United States. Pregnant women and girls need to be aware of abortion alternatives. The mainstream media denigrates the wonderful services these centers provide, calling them “fake” clinics, while relentlessly promoting Planned Parenthood and baby killing as health care.

Dozens of pregnancy centers have been under attack by violent abortion terrorist groups over the past month. As reported in The New York Post, this past weekend a Colorado center was vandalized and set on fire. But the mainstream media paid little attention to this arson attack. A New York Times search did not bring up that story, or the protest at Justice Clarence Thomas’ residence. If the media wants to disprove President Trump’s assertion that they are fake news, they can start by telling the truth about abortion violence and intimidation.

Women do not need abortion. They need to be informed that there are loving, compassionate services available. Pro-life groups also need to encourage adoption. It will be up to pro-life organizations and activists to repudiate the lies and deceit propagated by the pro-abortion media.

There will always be a need for programs that offer support and healing for women who regret a previous abortion experience. With states now free to ban abortion, Planned Parenthood will exploit young girls with more lies and propaganda. Abortion is pushed on women by fake “counselors” who are paid to sell abortion as a virtue. In Democrat-run states, that will continue.

The abortion industry is filled with false prophets, whose objective is to convince women that having a child will impose a burden, ruining their lives and future career plans. But the abortion profits are real. Roe v. Wade, along with its companion decision Doe v. Bolton, turned serial killing into a multi-billion dollar industry off the bodies of nearly 64 million dead children.

We are grateful for the end of Roe v. Wade. Tens of thousands of babies will be spared from abortion butchery, and there will be more babies born. We will continue to expand opportunities for women to gain access to adoption and pro-life pregnancy centers in all states. Hopefully, one day there will be a Personhood Amendment that will protect all living human beings from the moment of conception onward.

We finally lived to see the end of the worst decision in Supreme Court history.   We must be grateful and give thanks to G-d for His blessings.

About the Author
In 1999, Bonnie Chernin founded Jews For Life, the first pro-life website reflecting the traditional Jewish pro-life viewpoint on abortion and assisted suicide. In 2018, Bonnie launched The Jewish Life League. Bonnie believes that life, both born and unborn, is sacred and must be protected. Bonnie is an accomplished classical pianist and prolific writer. She is a Certified Professional Coach assisting women in achieving their life and career goals.
Related Topics
Related Posts