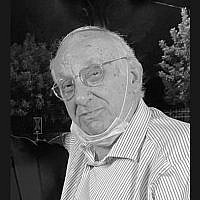 The Blogs
Binyamin Glickman
Apply for a Blog
Please note that the posts on The Blogs are contributed by third parties. The opinions, facts and any media content in them are presented solely by the authors, and neither The Times of Israel nor its partners assume any responsibility for them. Please contact us in case of abuse. In case of abuse,
Report this post.

My name is Binyamin Glickman. My wife, Shifra, and I live on the fifth floor of an apartment on King George Street. Our windows face Aza Street and Paris Square, where the fountain is.

Let me give you a first hand report how life is in our apartment. On Aza Street, in front of our windows, people have settled there on the sidewalk, day and night, for the last month.  They do not restrict their noise level to the hours when one is allowed to demonstrate; rather, they make noise around the clock. For example, last Friday night, at 12:15 a.m. I could not fall asleep because of the volume of noise from the voices of the people now living on the sidewalk.

The last two Friday afternoons (I can’t speak for today, at the time of this writing), saw demonstrations there from 4 to 6 p.m., with drums and plastic horns. Those protests were legal. But they continued until 10:30 p.m., four-and-a-half hours after their official legal end — throughout our efforts to have a quiet Shabbat dinner.

Throughout the past month, with the group that has set up their residence on the sidewalk, one man uses a megaphone at all hours of the day, talking volubly, and disturbing the peace.  The police have not responded to the endless calls of complaint from the neighbors all around.

But let me cut to the chase: namely, last night’s demonstrations.

After 11 p.m., when the pro-Bibi demonstration had dispersed, in accord with the law, Boaz Golan, host of HaUlpan HaPatuach, a program on Channel 20, walked over to the anti-Bibi demonstrators, who were shouting behind a barricade, to try to talk to them. He was verbally attacked, and at least one demonstrator through a placard at him. When Golan returned to the microphone, he did not want to repeat the foul language that was used against him.

But that is not the end of last night’s story. Eventually, all those demonstrators walked to the fountain, while shouting, whistling, dancing, and more shouting. Finally, at 12:10 in the morning, a police officer got on a bullhorn to warn that the demonstration was illegal and that they would have to disperse and leave the place. He went on to say that, otherwise, the police would have to use force to disperse them.

At which point, instead of dispersing, the demonstrators increased their level of shouting, whistling, and drum-beating. Around 12:30, a few policemen on horseback came by, but moved on down Agron Street — perhaps because the horses could be hurt by the demonstrators.

Next, however, were two water cannon trucks, which began to spray the crowd. Needless to say, the noise level did not diminish.

I have not seen the flower-loving people who respect the law and order that mandates an end to demonstrations at 11:00 p.m.

I should also note that 61 neighbors, residents in the area who do not live on the sidewalk, have petitioned the police in charge of Jerusalem area, to enforce the law.

About the Author
Binyamin Glickman was born in Jerusalem, a fifth-generation Yerushalmi who served congregations in the United States during his long career as a chazzan and choir leader. He was also a student of Rav Aryeh Levine z"l at the Eitz Chaim Yeshiva.
Related Topics
Related Posts
Comments 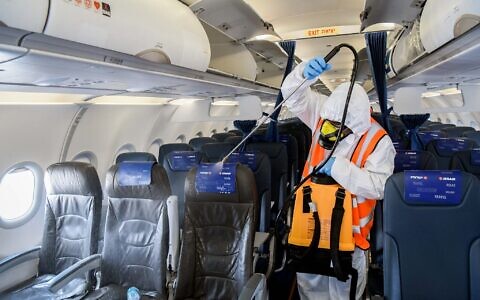