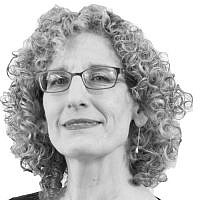 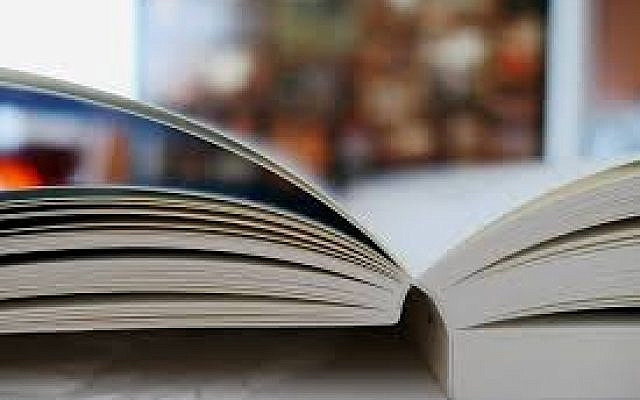 It was my first week in high school in American history class at the then-brand-new Arts Magnet High School in downtown Dallas when I encountered Haym Salomon. I learned, as we read aloud from the textbook by turn, that he was a financier of the American Revolution—and a Jew.

“What is a Jew?” one of my classmates asked. Silence followed. It was dawning on my ninth-grade self that I was likely the only Jew in the class. Greater minds than mine had grappled with the question of who is a Jew—and likely will do so long into the future—but at that moment, I felt like I had to do something.

I raised my hand. And tried to answer.

What ensued was a rather sad episode that the teacher should have stopped in its tracks. Instead, she made me stand, while my 14-year-old self attempted to answer one of the biggest questions that has vexed our tribe almost from the start. Not content to sit this one out, another classmate eagerly weighed in, regaling us with a story about how her mother had dropped her purse while shopping in the local Piggly-Wiggly supermarket. When a man started picking up the loose change rolling across the floor, her mom helpfully explained: “Now that’s a Jew.”

I guess he was going to horde the change? I looked at my classmate, who had crossed her arms across her chest and smiled. She seemed very satisfied with herself.

What brought this episode to mind was the recent analysis the New York Times performed on the variation in high school history textbooks published to meet the markets in Texas, my home state where this charming memory took place, and California, a state lightyears apart in sensibility. The two are the largest textbook purchasers in the nation, and the lens through which they view our history affects not only the children that live within their borders, but also what children learn in other states that purchase similar versions.

As the Times noted in the article, textbook publishing, like so much else in our nation, has become yet another political minefield. They examined social studies textbooks from the same publisher aimed at different markets and found the approaches to everything from the influence of Christianity on our Founding Fathers, to the influence of African-Americans on our culture, to interpretations of the Second Amendment, radically different. In both states, who sits on the panels that shape the textbooks is itself a political process. California’s most recent panel is composed entirely of educators, all selected by then-Democratic Gov. Jerry Brown. The Texas panel is made up of parents, educators, business representatives and “and a Christian pastor and politician,” according to the Times, each appointed by the Republican-dominated Texas State Board of Education. In the way things shake out in the United States today, even the history lessons we receive are not so united.

My own American history moment stuns me on many levels. From my perch today, I can look at it through so many lenses. I am Jewish and came from a solidly middle-class neighborhood in North Dallas. My classmate was what we might not-so-kindly have called a redneck; the teacher, African-American. What a mess of class, race, and religion. Or what a melting pot, if you prefer.

But that’s all an aside. What really stood out for me as I remembered this, is that the one Jew I recall learning about in American history, the one that my textbook felt worthy to identify as such, was a “financier of the Revolutionary War.” In the eyes of my classmate regaling us about the guy scrambling after her mother’s pennies, he was probably not very different. To her, Jews meant money.

Now granted, Haym Salomon, an immigrant from Poland, deserves to be recognized in the study of the Revolutionary War, just as we learned about Crispus Attics, a free black of African and Native American descent believed to be the first person killed in the Boston Massacre.

According to Encyclopedia Britannica, Salomon wasn’t just any funder. He was likely the chief financier of the revolution. He made loans to several of our founding fathers, as well, started Philadelphia’s first synagogue—and died penniless. Although we never got to the “died penniless” part in history class.

But he’s the only Jew I remember from my first year in high school. Where were the others? Where was Lewis Charles Levin, the first Jew elected to Congress; Emma Lazarus, who penned “The New Colossus,” the sonnet that graces the pedestal of the Statue of Liberty; Julius Rosenwald, who transformed Sears, Roebuck and Company from a small mail-order catalogue into the largest retailer in the nation and then used his riches to create schools throughout the American South to educate African American children; or Louis D. Brandeis, the first Jewish Supreme Court Justice—and so on. Aren’t these my people, too?

To be fair, I do not know that our history textbook didn’t mention any of these illustrious, accomplished people. That weird little anti-Semitic incident now attached to my encounter with Haym Salomon on the page has ensured that his story is the significant Jewish one I recall from high school.

And also to be fair, we were learning American history, not Jewish American history. I don’t feel a huge need to overstock the textbook with renowned Jews. Even then, I could find my pride in them elsewhere. But it would be cool if other kids learned about them, too, wouldn’t it? Just as I imagine other ethnic groups want us to learn about their accomplished members. Maybe if we all did so, we’d be a little more amazed by one another, and a little more tolerant, too.

But it also reminds me, in light of the Times story on textbooks, that those textbooks do matter. That the information they highlight—or conversely, hide—contributes to the narrative children and young adults begin to forge about our nation and the world around them. No act these days is apolitical, and choosing the lens through which we see the world is yet another battleground in our fraught, fractured nation. And of course, we aren’t alone in using our textbooks to promulgate a point of view. The former Soviet Union, of course, had its own version of history, and the Palestinians have weaponized their textbooks, raising generations riled not only against the state of Israel, but also in the naked Jew-hatred. But we are singular in that every state in our union of 50—or at least the largest ones—gets to create a version of our history independent of any other. No wonder common ground is so hard to find.

If you want some more convincing, I will leave you with another textbook story from the Great State of Texas: Before I entered middle school, despite whatever else I had learned about race and the South, I knew for certain that the Civil War, the one that had torn our nation in two, and literally set brother against brother, was fought about slavery.

But when I got to Texas history in seventh grade, I was disabused of this quaint notion. Instead, I learned in class that it was not about slavery at all. Rather, it was a bitter feud over states’ rights and how we should leave those rights to them, as per the 10th Amendment of our Constitution. This bothered me a great deal. It made me question myself because there it was, written in black and white, and the teacher had backed it up. I may have been only in seventh grade, but the right I knew they were fighting about was the one about owning people.

It was as obvious to me then as it is to me now, how we tell that story—and all of our stories—mattered.