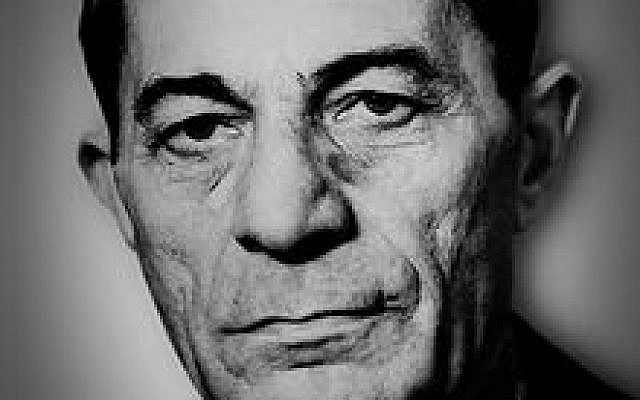 In the late 1920s, Iranian Jewish academic and scholar Solaiman Haiim single-handedly created Iran’s first modern Farsi to English dictionary and English to Farsi dictionary. Haiim’s comprehensive two-volume dictionary was an invaluable resource, helping hundreds of thousands of Iranian students of all faiths to learn English and overcome the language barrier.  For nearly five decades Haiim’s name appropriately appeared on the dictionary he created until the 1979 Islamic revolution in Iran when the Khomeini regime removed the name of this Jewish man from this significant dictionary.

To this day Haiim’s name does not appear on his dictionaries that are published in Iran. Likewise, the Iranian Ayatollahs have also removed or omitted the names of other prominent Jewish academics from hundreds of textbooks, journals and academic papers published in the country. For the last 40 years, most of Iran’s Jews have resettled in Southern California with the hopes of creating new lives and not only having a voice in their new homeland but having their history remembered. Sadly, last month the State of California’s Department of Education with its latest release of its Ethnic Studies Model Curriculum has totally ignored Iranian Jewry and their history in Iran. Moreover, it’s shameful that the state with the largest Iranian Jewish population in the country who claims to have created an all-inclusive educational material for the state’s schools, has failed to even mention the Jews of Iran and the anti-Semitism they faced at the hands of Iran’s Ayatollahs in their new proposed ethnic studies curriculum.

For the past 20 years I have had the special privilege of reporting on and sharing the stories of my Iranian Jewish community who have been living in Southern California and New York. Their experiences in escaping or fleeing Khomeini’s anti-Semitic Iran sometimes with only the shirts on their backs is heartbreaking. They still bear the scars from Iran’s Islamic revolution that almost overnight turned them into third class citizens in Iran and stripped them of nearly all of their rights. As a result, after several decades, still many Iranian American Jews are often too traumatized to even speak about the nightmares they experienced in Iran.

Perhaps one of the most painful aspects of the Jewish mass exodus out of Iran comes from the fact that the Jewish community had been living in that country continuously for nearly 2,700 years and was suddenly and violently uprooted by a radical Islamic regime that did not recognize them as equal citizens but as infidels. Aside from a few dozen activists and a handful of authors, the Iranian Jewish community in America has not collectively and extensively shared the horrors they faced at the hands of Iran’s Ayatollahs and their brutal thugs. Nevertheless, their painful experiences of anti-Semitism in Khomeini’s Iran were without a doubt real. Being an Iranian Jew myself, having fluency in Farsi language and having sensitivity to my community’s trauma at the hands of the Islamic regime in Iran have enabled many of my community members to open up to me and share these pain experiences.

Perhaps the most shocking incident occurred in May 1979 when the Jewish community leader of Iran, Habib Elghanian was randomly arrested and then executed by the Khomeini regime on trumped up charges of spying for Israel and America. He was given a sham 20-minute trial, not permitted any defense counsel, not allowed to refute the baseless accusations made against him and then was summarily executed by firing squad. Elghanian’s sudden and random execution sent a clear message to Iran’s Jewish community; “you are no longer welcomed or safe in Iran”. As a result thousands of Jews fled Iran after the Elghanian execution and in the last 41 years Iran’s Jewish population which was once 80,000 strong in 1979 has down dwindled down to roughly 5,000 to 8,000 Jews. But Elghanian was not the only Jew executed by the Ayatollah regime. According to the L.A.-based “Committee For Minority Rights in Iran”, since 1979, at least 14 Jews have been murdered or assassinated by the regime’s agents; two more Jews have died while in custody and 11 others have been officially executed. And the anti-Semitism Jews face in Iran has continued to this very day.

This past May the synagogue adjacent to the tombs of Judaism’s great biblical heroes Esther and Mordechai attacked by anti-Semitic arsonists in Iran. The Iranian regime’s authorities never investigated the crime nor arrested anyone in connect to this arson attack. In February 2019, three antique torahs were stolen from the Ezra Yagoub Synagogue located inside Tehran’s Jewish ghetto and the Iranian regime never investigated the crime nor arrested anyone in connection with the crime. Likewise, in late December 2017 two synagogues located in the southwestern Iranian city of Shiraz were vandalized by unknown assailants who left a total of five Torah scrolls and numerous prayer books damaged or totally destroyed. Additionally, the Iranian regime has created a whole host of laws that have rendered Jews as “tolerated infidels” with some very limited rights but left them unequal to Shiite Muslims under Iran’s radical Sharia laws.

Moreover, the contributions of Jews to contemporary life, business, academia, the arts, music, etc. have been totally removed from textbooks and educational material in Iran’s schools and universities today. At the same time, today significant contributions to Iranian society by major Jewish academics like Haiim have been totally erased and or removed by Iran’s Ayatollah regime. Unfortunately, the American Ashkenazi community has either been unaware of the anti-Semitism which the Jews have faced in Iran since 1979 or turned a blind eye to it. It is a sad history which the Iranian Jews in America live with and has not been shared with the both the larger American Jewish community and non-Jewish Americans alike. This history of anti-Semitism the Jews of Iran have faced since 1979 is critical and must be included in California’s upcoming proposed Ethnic Studies Model Curriculum.

If the California Department of Education is indeed serious as well as sincere about being inclusive and making California students more sensitive to other ethnic groups in the state and country, then they must include the Iranian Jewish experience in facing anti-Semitism in Iran and the painful experiences of anti-Semitism the 850,000 Jews from the Arab and Islamic lands faced in the 20th century. How can you ignore the history of one of the largest Jewish communities living in California within your proposed school curriculum on ethnic studies? How is it possible for the California Department of Education stand to be in the same category as Iran’s radical Islamic regime when California within its Ethnic Studies Model Curriculum also ignores Iranian Jewish history and the anti-Semitism Jews in Iran faced? This is shameful and unacceptable! We as Iranian Jews have been ignored, shunned and persecuted in Iran by this vile criminal regime holding Iran hostage for four decades, we do not need to also be ignored by the educational system in the state where we live in today.

If California’s lawmakers and policymakers are truly open-minded and progressive about including all ethnic groups who have suffered in their new educational curriculum, then they cannot leave out the historical suffering of Iran’s Jews who are also proud Californians. I do not speak for all Iranian Jews living in California, but I am certain that if given an opportunity many of them would appear in large numbers for hearings before the State Legislature to voice their concerns about the state’s Ethnic Studies Model Curriculum Iranian Jewish history is left out. The primary purpose of ethnic studies curriculum in public schools is to raise and educated the new generation of citizens to be more sensitive and more inclusive to all ethnic groups living in the state. Therefore, the State of California’s Department of Education has a duty to present the full truth and the full story of all groups– including the Jews from Iran and the Middle East in their education for the next generation.