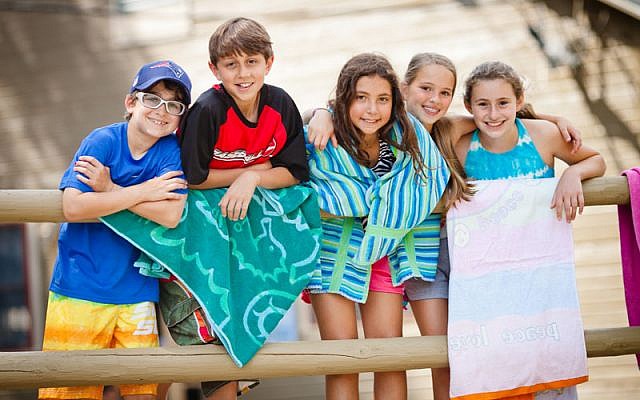 Illustrative photo of campers at Camp Ramah in New England get ready to cool down in the lake during a hot summer day. (photo credit: Nir Landau/Foundation for Jewish Camp via JTA)

An unexpected call in late August interrupted my end-of-summer vacation and has consumed significant amounts of my time over the last six weeks.

It has reminded me of my own experiences on Capitol Hill many years ago, and the privilege, imperative, and responsibility we all have for participating in our democratic process.

Earlier this spring, President Trump issued an executive order, “Buy American and Hire American,” to encourage businesses to prioritize employing Americans. A White House interagency task force has been working for the last few months to fully define the implementation of this executive order. We learned in late August that the administration may be considering recommendations that would radically reduce or eliminate the Camp Counselor and Summer Work Travel cultural exchange programs.

This would have a drastic impact, both educationally and operationally, on the 300 summer programs we support, which serve more than 200,000 children, teens, and college-aged young adults each summer.

The participation of Jewish counselors and staff from Israel and other countries in the J-1 Camp Counselor and SWT programs is critical to the mission of the Jewish camp field — and to the American camp experience as a whole. Our camps use these programs to bring cultural exchange staff who hail from as far away as Australia and New Zealand, and as close as across the border in Canada. Jewish camps rely extensively on Israeli shlichim — emissaries — who participate in daily camp life, sharing  Jewish traditions, teaching about Jewish and 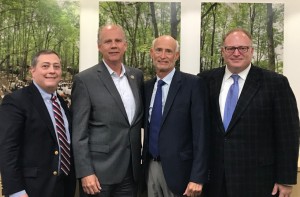 Creating a vibrant Israel presence is a key point of differentiation for Jewish camping.

The international staff who come to the United States create a bridge to the wider world, not only for our campers but also for our college-aged counselors. American staff — who comprise more than 90 percent of camp teams — work hand in hand with international staff, providing a fully cultural experience.

Camps also need these international counselors to augment the growing competition locally from internships, school commitments, and summer educational programs. They are too important an asset and opportunity to do without.

Since receiving that alarming call in late August, we have taken action to mobilize the Jewish camp community to save the J-1 Visa Camp Counselor and SWT programs that are vital to our many Jewish camps.

We have partnered with the American Camp Association to bring this issue to the attention of White House and State Department officials, U.S. senators, and members of Congress.

In early September, my board chair, Peter Weidhorn, and I sent a letter to President Trump, co-signed by the professional and lay leadership of the Jewish camping organizations, including the Jewish Community Centers Association of North America, the Union for Reform Judaism, the National Ramah Commission, Habonim Dror North America, the Association of Independent Jewish Camps, and Young Judaea Global.

Many of our camps have initiated efforts from their camp communities to contact their local representatives.

These advocacy efforts are making a difference. We have heard from a number of congressional offices expressing awareness, understanding, and support for our positions.

Just a few weeks ago, Foundation for Jewish Camp had the honor of welcoming to our N.Y. office Daniel M. Donovan, who represents Staten Island and parts of South Brooklyn — New York’s 11th Congressional District — in the U.S. House of Representatives. Congressman Donovan, a Republican, serves on the House Homeland Security and Foreign Affairs committees. We briefed him on our concerns related to the J-1 visa issue.

All of this activity in the last few weeks as we tried to save the J-1 visa program has reminded me of the time I spent working in Washington as a legislative assistant for a member of the U.S. House of Representatives from my hometown of Cincinnati, Ohio.

The policies and procedures of our federal government sometimes have unintended consequences. Letters and calls (my days on Capitol Hill predated emails) do make a difference to our democratically elected representatives. Informed viewpoints and well-argued positions are reviewed and appreciated. Standing up for your beliefs is a valued and fundamental right of our democracy.

Now that we just have concluded the High Holy Days, we prepare to enter our Sukkot, with a tradition of each evening welcoming different ushpizin, our special guests. Our holiday is enhanced by including and sharing with others. So, too, our camp experiences are enriched and improved when shared with summer ambassadors from around the world.

To take action on this issue, go to jewishcamp.org/take-action.