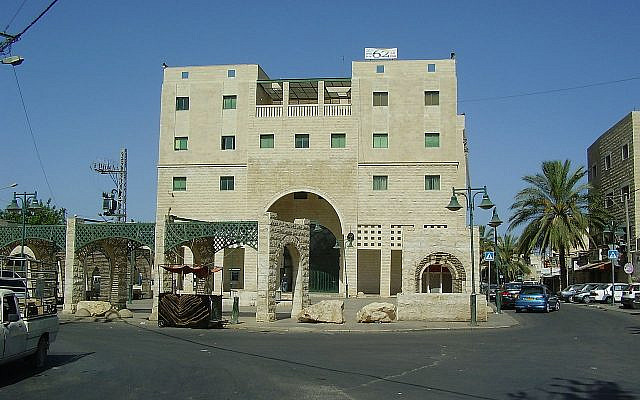 The municipality building and square. (Wikipedia)

The Druze town of Yirka sits between the predominantly Muslim town of J’deida and Christian-Muslim Kfar Yassif. It spreads up the slopes of a mountain to the region known as Tefen, which is made up of a string of Jewish settlements, among them, my home, Tuval.

When I used to work in Nahariya, I would travel through Yirka as a shortcut. That was when I came to the informed opinion that Yirka has the highest number of speed bumps per capita in Israel. But driving down, you are treated to the most spectacular view of the valley spread before you, all the way to Akko, the white walls of the buildings gleaming in the sunlight and in the distance the sea, cobalt blue.

It was also when I developed feelings of respect and distant affection for the town. After you get used to the “quaint” village driving mentality of the residents, I got to meet some amazing people — from Yussuf, the portly, soft-spoken, retired municipal worker, to Iyad, the carpenter, whose coffee is so strong that he serves it with a glass of water on the side. Invariably, I would get stuck behind transport vans for the Prison Service, or Mishmar Hagvul on the way down, and religious council meetings on the way up. The number of residents from Yirka who serve professionally in all branches of the security services in Israel is staggering.

But what struck me the most about the place, is that despite a population of almost 20,000, the town is incredibly close-knit. On more than one occasion, after hearing the sad news of a soldier from Yirka being killed, I would get caught in traffic on the way home around the municipality square, which seemed to be packed with every single adult of the town, who came out to pay their respects. That was when I felt an emotional kinship with the people of the town, even perhaps a welding of our destinies.

Then there is the other side of Yirka; the Merkaza shopping experience. I have been shopping at Merkaza (formerly Merkaz Hamazon) for about 20 years. It’s not just going shopping, it really is an experience. When you walk through the doors, you can’t help but be impressed by the meticulous attention to detail of their displays. They are truly a thing of beauty. And the space between the stalls and the aisles is of a standard unparalleled anywhere else in a supermarket in Israel. The place is spotless, the floors shining and polished. An oasis of genuine quality, a taste of Europe. Once I went there early and got to the meat counter while they were still setting up, sharpening the knives, and wiping down the counters. As I stood to the side, not wanting to disturb them, I watched them work. This one guy who was sharpening the knives tested the blade on a piece of chicken breast, and afterward, even though no one was looking, he washed it and placed it in an ultra-violet cabinet to “sterilize” it. That’s it. I was sold on the place.

Anyway, today we were at the checkout when all of a sudden there was a loud BOOM, and trumpets and all the workers started clapping and smiling, and there was an announcement, “Merkaza Boom!” And then on the huge screen, checkout numbers started rolling, like on a one-armed bandit at the casino — and it stopped at 15. We were at checkout 15! Three people converged on us, and amid the din of clapping, they congratulated us for winning! We had won the Merkaza Boom — which meant that they paid for our shopping. Everything we bought, everything — and it was a big shop. 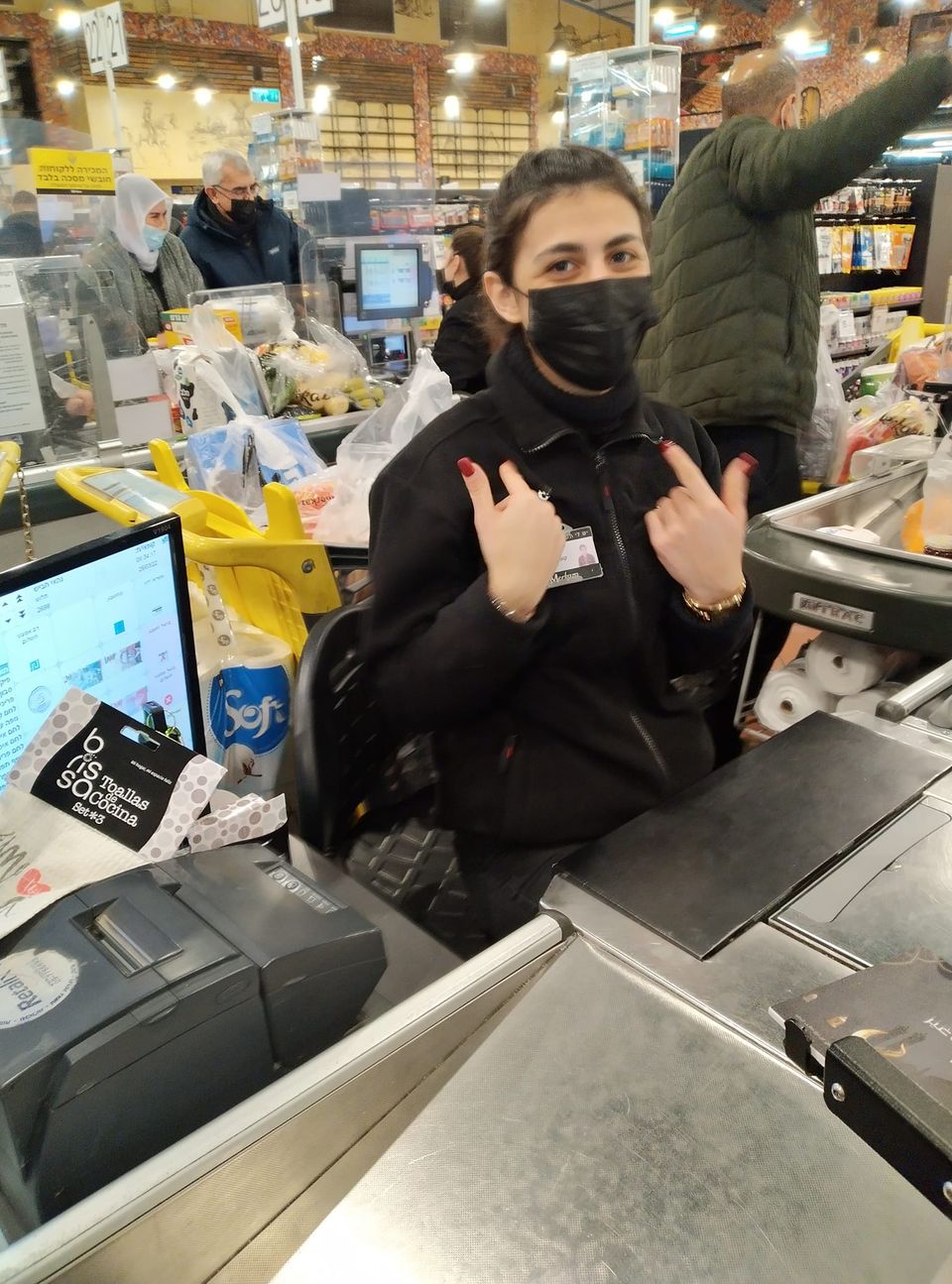 The teller at the moment of Merkaza BOOM! (Own image).

Wow! I have never won anything in my life before today. As the Scots say, Looky.

But what we have really won, is the privilege of being a part of the Galilean tapestry of faiths and cultures.

A long time ago, I made an oath that if ever I won anything, I would donate 10 percent of our winnings to a worthy cause. Now, I couldn’t really donate paper towels or potatoes, could I? So when we got home, I gave to the Ukrainian Red Cross.