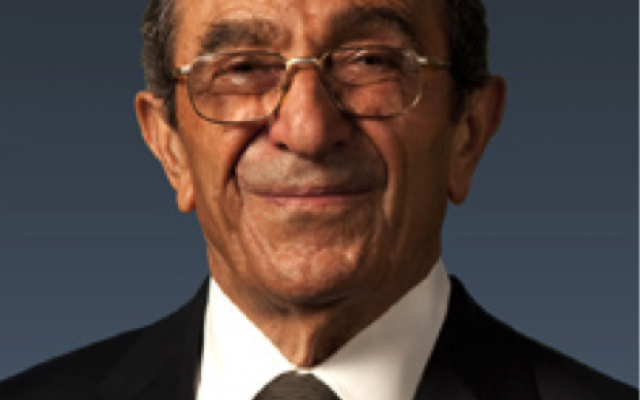 The U.S. Jewish community and Israel lost a great friend with the death of successful Iranian Jewish businessman and philanthropist Younes Nazarian who passed away on March 18th. Nazarian not only gave millions of dollars to countless Jewish and Israel related causes through his family’s foundation, but many Southern California universities and non-Jewish organizations also received donations from his family foundation. His early investment in what later became the telecommunications giant Qualcomm, not only hired thousands of individuals but the company’s new technology forever improved communications worldwide. And yet Nazarian was the not the only Iranian Jew to achieve remarkable success in his business and career after fleeing Iran following the country’s 1979 Islamic revolution. There were indeed thousands more Iranian Jews who immigrated to the U.S. and Israel, and eventually making both nations blossom with their contributions. Today many Iranian American Jews look back on the life of Nazarian and the remaining older Iranian Jews from his generation and often wonder how they or their families could have potentially helped transform Iran and the Middle East for the better had there never been an Islamic revolution and a totalitarian antisemitic Khomeini regime that forced thousands of them to flee Iran? What would have Iran become had these Jews remained and thrived in a peaceful tolerant Iran instead of being totally devastated and forced them to flee Iran? One of the greatest tragedies for the nation of Iran under the Ayatollahs’ rule during the last 43 years has been the “brain drain” of millions of Iran’s great human assets–  Jews and well as others from all religions that could have transformed Iran into a modern, technologically advanced and peaceful nation. Instead under the radical Islamic rule of the Ayatollahs, Iran’s population remains largely improvised, unemployed, with decaying infrastructure, suffering from droughts and shackled under the yoke of the regime’s brutal tyranny.

Jewish Entrepreneurship was an Economic Force in Iran

The Jews of Iran under the Pahlavi kings (1925-1979) were emancipated and enjoyed great freedoms as well as protections. Yet as a result of lingering antisemitism and discrimination against Jews that existed in many spheres of life in Iran, many Jews were still barred from employment in various sectors and forced to go into business for themselves in order to support their families. These circumstances lead to countless Iranian Jews to work harder for themselves and achieve financial success in their businesses. Iranian Jews such as the late industrialist, Habib Elghanian and his brothers imported goods from the U.S. and Europe at first but later created factories in Iran for the production of raw metal materials, refrigerators and commercial plastic products. The Elghanian brothers were so successful in business that in 1962, they even built the “Plasco Building” which at the time was Iran’s first modern skyscraper! 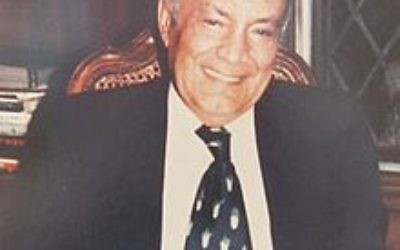 Iran’s Jewish community leader and industralist Habib Elghanian executed by Islamic regime in Iran on May 9, 1979 on false charges of spying for Israel and America.

Younes Nazarian and his brother Parviz were other successful Jewish businessmen who were involved in building various infrastructure projects in Iran and later established the “Techno-Is” company in Iran which imported and sold construction equipment to support Iran’s booming development projects in the 1970’s. Likewise other Jewish businessmen in Iran also returned from the U.S. and Europe after receiving higher educations and as a result brought with them new trade and international commerce opportunities to Iran. Ultimately Jewish businesses in Iran became a major engine driving forward Iran’s economy for nearly five decades. Eventually these businesses were confiscated, or shut down by the antisemitic Khomeini regime, or thousands of Jewish businessmen and their families were forced to flee Iran for their personal security. In the long run and today, the nation of Iran has been suffering economically without the large number of thriving Jewish businesses operating there. Instead those Iranian Jews resettled in the U.S. and Israel where they have poured their entrepreneurial spirit into their new home nations and achieved substantial successes.

With the arrival of Jewish European schools established in Iran in 1898 by the “Alliance Israélite Universelle” a French Jewish non-profit organization, Iran’s poverty-stricken Jewish children gradually received formal Persian-language education, Jewish education and French language education. This younger generation of Iranian Jews realized that their only way out of poverty and a better future was through higher education. By the mid-1920s when Iran’s Jews were finally emancipated by the Iranian monarch Reza Shah Pahlavi, hundreds of Iranian Jews obtained university level educations in Europe and America and then returned to begin work was engineers, doctors and also as academics in Iran’s major universities. For example, you had Iranian Jewish scholars such as Solayman Haïm who created the first Persian language to English and also the first English to Persian language dictionaries which helped millions of Iranians to learn the English language over the past . Or Dr. Samuel Rahbar, an Iranian Jewish physician and scientist who was acclaimed internationally for his medical research leading to the proper treatment of diabetes. Today a sizable number of Iranian Jewish physicians filled the hospitals in Los Angeles and New York. Without a doubt during the Pahlavi dynasty, these Iranian Jewish physicians saved the lives of thousands of Iranians and Iranian Jewish academics helped educate thousands of other Iranians. Sadly these great Jewish minds in medicine and academia in Iran were forced to flee the country because of the Khomeini regime’s persecution of Jews and as a result America and Israel have today become the beneficiaries of their knowledge and research.

Jews Acting As a Conduit of Peace Between Iran & Israel

Those who have read about Iran’s de-facto relations with Israel from the late 1950’s until 1979 know that Meir Ezri, Israel’s chargé d’affaires in Iran during this period was an Iranian Jew. Ezri in his memoirs explains that he was in part successful in strengthening the ties between Israel and Iran because of the help of Iran’s Jews who were proud Iranian patriots but also supporters of Israel. 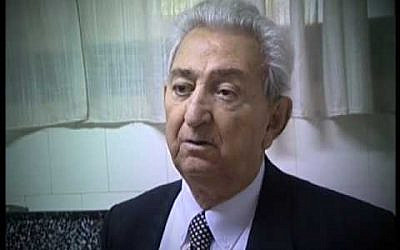 Meir Ezri, Israel’s late chargé d’affaires in Iran from 1958 to 1973, photo from youtube.com

These Iranian Jews helping to build bridges between Iran and Israel included businessmen like Younes Nazarian who imported construction equipment and other goods from Israel and sold them in Iran. Moreover Jewish physicians and scientists encouraged Iranians of all faiths to travel to Israel for medical care and treatment when no viable options were available in Iran or treatment in Europe was too costly. Or Iranian Jewish impresario Manouchehr Bibiyan, who organized concerts for Iranian singers and musicians to perform in Israel. Likewise, Iranian Jews were responsible for bringing new agricultural techniques and technologies from Israel and putting them to use to help Iran’s agriculture flourish. The list of actions Iranian Jews took prior to the 1979 Islamic revolution in Iran to indirectly help facilitate peace with Israel is indeed too long to list, but had there been no revolution, their contributions could have helped lead to an eventual and official relations being established between Iran and Israel.

While the passing of remarkable Iranian Jewish businessmen and philanthropists like Younes Nazarian every year is without a doubt painful for Jews living in America and for Israel, the greatest tragedy occurred 43 years ago with the radical Islamic regime coming to power in Iran that essentially deprived Iran of these remarkable citizens. Iran’s Jews from the late 1920’s to 1979 were educated, growing in prosperity and as patriotic citizens of Iran, without a doubt helping that nation lift itself up in the modern era. Today we can only imagine how much more Iranian Jews could have helped the nation of Iran grow in so many new ways had there been no Islamic revolution in 1979 and they still remained in a free Iran. Yet with the forced Jewish exile from Iran by the antisemitic Khomeini regime since 1979, the country has without a doubt suffered substantially. Only time will tell if some Jews will return back to Iran in the future to live there and help the country re-build after so many decades of backwardness, destruction and tyranny brought on by the rule of the Ayatollahs there.