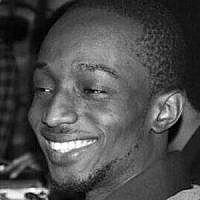 But what struck me most was how angry the ordinary Iranians seemed to be. Yes the movie began with a brief explanation of how the West had exploited Iran, and  meddled with impunity in their affairs. But that didnt really explain why 90 percent of the Iranians depicted in the movie were just 1 step from rabid anger.

Notwithstanding, I dismissed that as just for cinematic effect, in fact before the movie, my knowledge of the Islamic Republic was limited to some background knowledge that they were under sanctions because of some nuclear activity and also that their then president really really hated Israel and the Jews, As evidenced by his yearly rants at the United Nations general assembly. But you can’t judge a people by their leaders can you?

While reading reviews of the movie, I stumbled across a link where it was being reported that the supreme leader of Iran, Ayatollah Khamenei, was threatening to take Hollywood to court for their inappropriate depiction of Iranians as an angry bunch of people.

i still cannot be called an expert on Iran by any measure, but here’s what I do know. Every year an event, Quds Day, is held in Iran which really should be called the “we hate Israel and the US and we will show it by coming out en masse to scream and burn their flags day.” The sheer amount of Israeli and US flags available for burning at Iranian protests always amazes me. A few weeks ago during the Iranian protest against Nigeria for the Shiite massacre in Zaria, along with Nigerian flags, Israeli and US flags were burnt. it really makes one wonder who exactly obtains those flags for Iranians to burn. I bet if I went to Iran and started an Israeli flag making business I’d be laughing all the way to the bank after a year because apparently it doesn’t take much to whip Iranians into a frenzy. 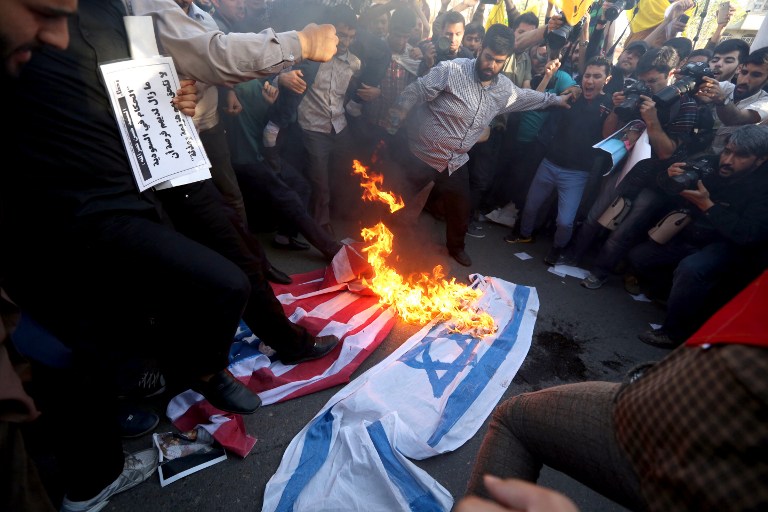 Iranians burn and stomp on Israeli and American flags during demonstration against the Saudi-led coalitions Operation Decisive Storm against the Huthi rebels in Yemen, outside the Saudi embassy in Tehran on April 13, 2015. AFP PHOTO/ATTA KENARE

Another hobby Iranians seem to have is storming embassies.They stormed the US embassy, British embassy, now Saudi Arabian embassy and each time it ended in the destruction of the said embassy. Iran is like the man who keeps cooking for the public and of course the public would finish the food. But imagine if the public decides one day to cook for Iran (I mean the man) there won’t be any Iranian embassy left standing anywhere in the world except for maybe their client states, Lebanon and Syria.

What you will never see is young Iranians coming out to protest a government that has practically turned them into ideological slaves. The internet is awash with articles about young Iranians complaining about the double life they have to live just so that they aren’t savagely killed or persecuted for their views, sexuality or beliefs, and this is the biggest threat to Iran today, not Israel, the US, sanctions or even Saudi Arabia.

Iranians are angry, imagine the amount of anger management classes it would take to deal with the anger emanating from that country.

Young Iranians, the next time someone tells you to come out for a good old death-to-Israel march, I want you to consider this; Israelis do not care, Palestinians do not care, Americans do not care. Your “protest” changes nothing, achieves nothing and really just makes you look like a person who has consumed too much cocaine and now sees enemies everywhere. Your afternoon would be better spent at a beach. Believe me.

About the Author
Chukwuemeka Ndukwe (Emeka to friends) is a Software Developer and Entrepreneur in Nigeria. He is passionate about using technology tools to help improve life and work in rural Africa. reach me on chukwuemekandukwe01@yahoo.com
Related Topics
Related Posts
Comments