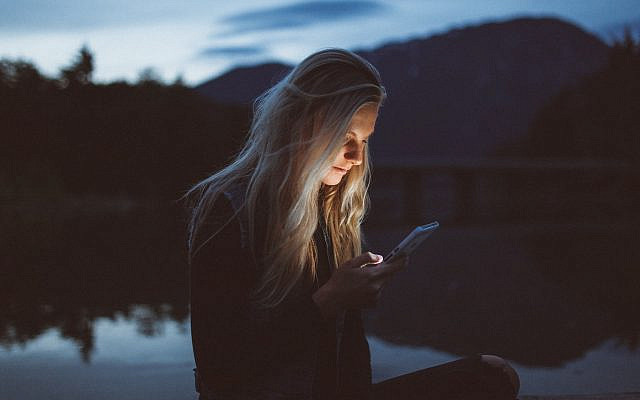 The year 2021 was a record-breaking year for investments across Israel’s tech sector, with the burgeoning femtech industry gathering significant momentum. Although the startup nation is yet to fully grab ahold of the female health investment trend, all the evidence suggests that Israel will be at the forefront of the femtech revolution with over 100 domestic startups already developing within the industry.

Femtech is a term that refers to technology that actively works to aid the health and wellbeing of women. This can include considerations like fertility, pregnancy, family planning, sexuality, mental health, pelvic problems, and general feminine medical conditions along with much more.

The industry seeks to offer better education tools and training on topics that have largely been regarded as taboo around many cultures across the world, and subjects like menstruation and sexuality are recurring themes.

With the help of innovative medical equipment, femtech can help to bring to the fore many essential and often neglected facets of female health to prioritize wellbeing and positive solutions for users. Furthermore, the industry is growing at an exponential rate, with many analysts highlighting the disruption of the COVID-19 pandemic as a driving force for change.

According to a recent report by Foster & Sullivan, the pandemic has heavily impacted women’s healthcare and general healthcare systems. For instance, social distancing measures have shone a light on women’s needs and triggered a rise in the number of women dealing with feelings of anxiety and distress – highlighting the necessity of dedicated solutions.

As the data shows, there are already more than 100 femtech companies in Israel spanning a wide range of key aspects of female health, including pregnancy, menopause, pelvic health, women’s cancer, and general health.

“Israel is called the Startup Nation. We should be the ones to lead in this technology revolution dedicated to over half the world’s population. There is everything here: women technologists, women investors, women entrepreneurs. We’ve done this in so many other tech fields. I think it is the time to take the lead in this femtech revolution,” Reana Ashkenazi, manager at investment team Grove Ventures told NoCamels in a recent interview.

Maxim Manturov, head of investment advice at Freedom Finance Europe, shares the belief that femtech is a burgeoning industry that’s set to continue growing at a rapid rate in the near future:

“Given projections, the femtech market as it is currently characterized will grow exponentially over the next few years, and by 2027 the value of femtech companies globally will exceed $60 billion, which looks very attractive,” Manturov said.

“We are likely to see a wider variety of product offerings as an investment in innovation in women’s health and wellbeing continues to grow. The FemTech industry is a diverse and fast-growing market that includes early-stage start-ups, mid-sized companies and publicly traded companies. However, 85% of all FemTech companies generate less than $10 million in annual revenue.”

Such figures are ideal for incubation within Israel. The appropriately named ‘startup nation’ has become a leading location for companies within growing industries to find their feet and secure funding. With a market value of $60 billion anticipated within five years, Israel may be accommodating an industry that’s soon set to begin scaling, too.

Israel has form for pioneering women’s health technology. In July 2021, the nation hosted the first-ever World Congress on Women’s Health Innovations and Inventions, which attracted 570 participants from around the world, along with 150 speakers, 60 startup presentations, and 30 abstract presenters. The second congress has already been pencilled in for November 2022.

The congress is set to make femtech far more visible to investors, which is likely to be a catalyst for accelerated growth. At present, the industry is struggling to seek out the funding that such an essential industry deserves.

“In December, my partner Tal Catran and I went to the first conference in this field in the United States,” said Sharon Rashi-Elkeles, CEO of Israeli femtech hub Eve. “We saw only a few big US startups there. You would expect more. There is no American VC dedicated to femtech, and only one is investing in femtech.”

However, there’s mounting evidence that the tides are beginning to turn, and that Israeli entrepreneurs, eager to accomplish their femtech goals, are displaying the drive required to win the interest of entrepreneurs on a global scale.

One example can be found in Hilla Shaviv’s startup which is focused on developing smart tampons. The entrepreneur has already raised almost 1 million shekels in crowdfunding for her previous product and believes that her range of feminine hygiene products are set to bring revolutionary change to women’s health.

Shaviv is one of many Israel-based entrepreneurs with her sights set solely on driving change in an industry that’s suffered from a lack of investor attention for many years. With the startup nation playing an active role in driving the growth of the industry, the future looks bright for the world of femtech.