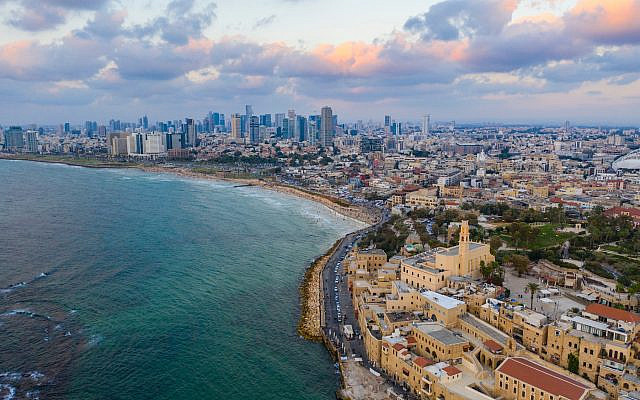 The Israeli tech and innovation ecosystem have enjoyed an excellent start to 2021, breaking all funding records that stood before and generating 10 new unicorns in Q1 of the year alone – displaying a faster rate of growth than any country in Europe. In a world that’s been forced into becoming increasingly remote in the wake of the pandemic, we’re seeing evidence of Israeli innovation enabling businesses to adapt to a largely digital world.

WIRED writer Allyssia Alleyne summarized Tel Aviv’s pivotal role in this hotbed of innovation. “Year in and year out, Tel Aviv’s startup community has proven that it can achieve more than whole countries within its 52km2, thanks to investment in world-class research facilities, robust government support, and an ever-reliable influx of investment,” she wrote.

According to VC Cafe, which displays the new unicorn arrivals of H1 2020, it’s clear that Israeli innovation has been developing at a rapid rate in the age of the Covid-19 pandemic.

With this in mind, it’s perhaps unsurprising that Israel, and particularly Tel Aviv, is helping to drive digital transformation for businesses as we begin to look to a post-pandemic world and the era of the ‘new normal’.

Driving the Next era of Business

Of the many companies reaching unicorn status in Q3 of 2021, we have Atera, a Tel Aviv IT management company that specializes in helping businesses transition into a more remote working model. In late July, the company completed a $77 million Series B funding round.

According to a recent McKinsey study, many industries have great potential in becoming more remote in the wake of the pandemic, and Atera can become a leader in delivering this future. Today, workers have become so accustomed to interactive remotely on video conferencing apps that we’re seeing a whole new range of eyewear fashion developed just for Zoom calls, tapping into the massive ~$200 billion industry. But Atera looks to combine remote monitoring and management with greater support from managers.

The company’s platform also looks to include operations management encapsulated within a single intuitive system. With offices in New York and the Netherlands, it’s clear that Atera is a unicorn that means business, and the company claims that its latest funding round will be invested in global expansion drives and further product innovations.

The cloud sector is rapidly growing into one of the most crucial industries in today’s global economy. The pandemic has driven a push towards a digital transformation that has led to cloud technology forming a symbiotic relationship with the world’s biggest companies like Amazon and Microsoft. The growth of technology has also created key sub-sectors like cloud cybersecurity with an impressive list of unicorns growing within the sector.

One company that is not only leading the way in the cloud sector but also reaching new heights in terms of market value is Israeli firm NICE – which recently achieved $17 billion in market value, making it the country’s highest-valued country.

Israel has long been a nation that has specialized in cybersecurity as part of its tech innovation efforts, but the success of NICE shows the country’s adaptability to emerging technologies.

NICE’s accomplishment comes in the wake of a strong 22% share price rise over the past year. Although 2021 has been a challenging year for the company as a whole, NICE has been among the top Israeli tech companies and recently took the lead, ahead of world-renowned names like Wix, Novocure and SolarEdge.

NICE operates in the realm of cloud computing architecture, and its systems distribute information between different servers in order to produce efficient allocations. NICE provides its customers with software that fights financial crime via customer-installed services and licencing.

To help supplement NICE’s exponential growth, the company’s Q2 revenue climbed to $459 million – representing an increase of 16% compared to Q2 of 2020. Over half of the amount totalling $246 million, came from cloud services revenue, which rose by an impressive 32% over the same period.

Although Israel is popularly known as the startup nation, the innovations that the country’s tech firms are building on is paving the way for significant growth, which has helped its companies to scale at an astonishing rate.

With more companies demonstrating the acumen to thrive in emerging markets like digital transformation and the transition towards cloud computing and remote work, we can see unicorns arriving in Tel Aviv and across Israel at a rate that’s outstripped the country’s European counterparts.

As a result, it’s perhaps time to finally ditch the startup nation tag and begin acknowledging the scaling of Israel’s brightest businesses.