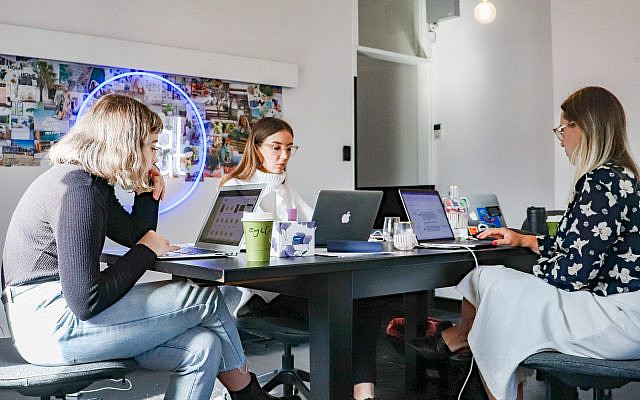 The beauty of Israel’s position as a world leader in generating exciting tech startups is that this rapid growth has come at a time when tech stocks are facing significant demand from investors. This global interest has led to a record-breaking year for the Tel Aviv Stock Exchange, and all signs suggest that the market is only just getting started.

The Tel Aviv Stock Exchange finished the calendar year 2021 with a record-breaking 97 companies listed for trading, raising ₪26 billion – up from ₪17bn in 2020.

Israel’s excellent performance comfortably surpasses its previous record set in 1993. When exploring the breakdown of Tel Aviv’s listings, we can see that 55 of the new companies that raised capital came from the tech industry, whilst eight were part of R&D partnerships.

Furthermore, 540 companies were trading on the Tel Aviv Stock Exchange, whilst 53 are listed simultaneously with New York and other global exchanges.

As data shows, the prosperity of Israeli listings perhaps shouldn’t come as a surprise considering the vast volumes of funds raised for startups domestically throughout 2021 – amounting to $25.4 billion (between January and November), which was more than double that of 2020.

The Tel Aviv Stock Exchange has been posting solid numbers amidst the greater volumes of listings in recent months. The TA-35 index climbed by 26% over 2021, whilst the TA-90 managed to grow by 29%. Whilst tech stocks aided the market’s prosperity, a 64% increase in the construction index owing to a housing boom was a key driver for growth.

Thanks to Israel’s booming technology sector, Tel Aviv’s tech indices have delivered a cumulative return of around 169% over the past five years.

Despite global inflation rates creating a greater squeeze on living costs and subsequently causing tech stock sell-offs across global markets, 2022 appears set for another record-breaking year for TASE, with more listings and a fresh emphasis on mergers and acquisitions.

2021 has been the year of the tech unicorn in Israel, and we’ve seen domestic markets come on leaps and bounds in terms of fundraising. The $25.4 billion in funds raised was up by 136% on 2020, which was a record-breaking year itself in which $10 billion in capital was raised.

According to a Start-Up Nation Central (SNC) report, Israeli tech funding in 2021 surpassed the average 71% rise in global tech fundraising throughout the year – underlining the appeal of startups across the country.

Today, Israel is home to 79 domestically founded unicorns, with as many as 41 forming in 2021, compared to 19 new arrivals in 2020. According to Tel Aviv Stock Exchange data, 42% of these unicorns are fully Israel-based, while the rest trade in New York – many of the listed companies have offices around the world – with operations ranging from Silicon Valley to Singapore.

Tel Aviv’s strong end to the year despite the widespread increase in inflation rates around the world is a testament to the strength of the startups cropping up throughout the nation and their ability to scale at speed despite challenging economic waters.

“The pandemic gave a big boost to the digital revolution, and accelerated the world’s transition into the digital space. During the pandemic, a large number of financial transactions were processed electronically, a trend that is expected to continue,” noted Maxim Manturov, head of investment research at Freedom Finance Europe.

“Overall, e-commerce has risen sharply due to the pandemic, and both of these companies have benefited from it, and this drop is a good chance to buy shares and hold them in the long run, as these are still growing companies,” Manturov added.

As the world turns increasingly towards tech adoption, Israel’s position as a global leader in tech-based startups has led to a prosperous environment for new companies to grow their presence online.

2022 Will be a Year of Acquisitions and Mergers Also

According to Mike Rimon, a partner at Israeli law firm Meitar, 2022 is likely to see many of the tech companies that have evolved throughout the recent months and years become subject to further development through mergers and acquisitions.

“Startups that raised a lot of money in the private market, or those who raised funds via an initial public offering of shares or a SPAC deal, will be very active in the M&A market,” Rimon told the Times of Israel in December.

“My estimate is that we will see the IPO market easing up but a significant jump in M&A. Israeli firms are not afraid to go and do big M&A deals around the world,” he added.

After a blockbuster 2021 despite widespread economic hardships, it’s clear that Tel Aviv isn’t ready to slow down yet.