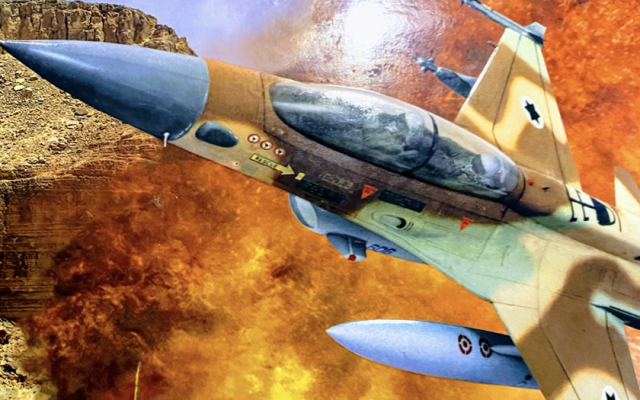 As the US looks to get back to the 2015 Iran nuclear deal called, the Joint Comprehensive Plan of Action (JCPOA), at best this will only be a temporary solution to the Ayatollahs getting “the bomb.”

The original deal in 2015 by the P5+1 (the U.N. Security Council five permanent members: France, U.K., Russia, China, and US plus Germany) lifted sanctions on Iran and released upwards of $150 billion to Iran that they could use to continue funding their weapons programs, terrorism, and building out their “arc of influence”  in the middle east from the Persian Gulf to the Mediterranean Sea (from Iran to Iraq, Syria, and Hezbollah in Lebanon). This towards their goal of the establishment of a Shiite Caliphate, the equivalent of a 21st century rebirth of the Persian Empire along with the imposition of Islamic rule.

In 2018, President Donald Trump pulled the US from this flawed deal citing its failure to contain Iran’s dangerous ballistic missile program, Iran’s ongoing sponsorship of global terrorism, and their destabilizing influence in the Middle East, and flaws in the agreement such as weaknesses in enforcement as well as frightening “sunset” (expiration) provisions in 2026 and 2031 that can lead to Iran’s eventually attaining nuclear weapons capability. In its place, Trump placed a “maximum pressure” campaign of crippling sanctions on the Iranian regime.

Now President Biden is seeking to reenter the Iran deal all over again. While the deal may temporarily put curbs back on Iran and reduce their uranium enrichment, it does nothing to resolve the fatal flaws of the original agreement. Worse yet, it puts Iran back on track to fund its nefarious weapons programs, global support of terrorism, and ambitions of an Islamist Caliphate, and move itself towards becoming an eventually sanctioned, yet extremely radical and dangerous, nuclear weapons power.

The Jewish people have suffered 2,000 years of persecution culminating in the genocide of 6,000,000 men, women, and children in the Holocaust, and as Charles D. Freilich says in Israeli National Security referring to Israel’s “Primal Sense of Insecurity,” “Masada Complex,” and “Holocaust Syndrome”:

The long history of persecution, culminating in the Holocaust, has imbued Israel’s national psyche with a fundamental sense of insecurity. For two millennia, life in the diaspora was an ongoing struggle for survival, and the fear of extermination, as demonstrated by the Holocaust, was not just some abstract notion, but very real.

As we know, Israel which has been repeatedly threatened by the radicalized Iranian regime with a true existential threat of “nuclear Holocaust” cannot wait endlessly until Iran achieves this ultimate destructive capability to use on the Jewish State. Israel destroyed nuclear reactors in both Iraq (1981) and Syria (2007) in preemptive strikes as part of their counterproliferation strategy. According to the Begin Doctrine (via Israeli National Strategy):

We shall defend our people with all the means at our disposal. We shall not allow any enemy to develop weapons of mass destruction turned against us.

Israel cannot afford the introduction of nuclear weapons.  For us, it is not a question of a balance of terror, but a question of survival. We shall, therefore, have to prevent such a threat at its inception.

Further, Iran’s pursuit of weapons of mass destruction and ambitions towards a Shiite Caliphate are also a dire threat to the host of majority Sunni nations in the Middle East from Saudi Arabia to Qatar, Egypt, and Turkey. Thus, the danger of a nuclear armed Iran is not just towards Israel and western civilization, but to the world’s majority Sunni Muslim community as well.

Since Iran has rejected any new negotiations or participants to the Iran nuclear deal, we must assume that the flaws of JCPOA will not be resolved and that Iran’s existential threats remains unabated. Further, Iranian elections this coming June 2021 are forecasted to bring more dangerous Iranian hardliners to power. Therefore, regardless of whether the US reenters the deal with Iran now, it will only mean a short term stopgap for restrictions placed on the Iran’s dangerous program for weapons of mass destruction. The end game for the Ayatollahs has not changed in gaining nuclear destructive capability and threatening Israel, the Sunni Muslim states, and the western world with this.

While reentering the Iran nuclear agreement buys the world some time, and not that much frankly, the US, Israel, and other key allies will need to continue planning in earnest for what comes after the failings of the JCPOA deal, and that will most assuredly bring us back to the massive and devastating bombing of Iran’s nuclear facilities with the Mother of All Bombs (MOABS) and other highly advanced weapon systems fitted for this.