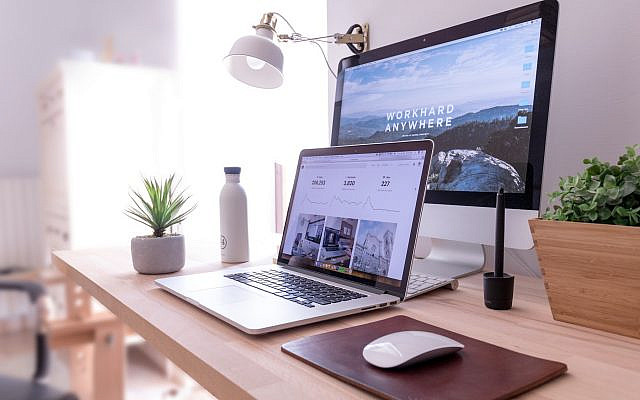 Although the startup nation is most readily associated with cybersecurity, the tech hub of Tel Aviv has become a melting pot for unicorns emanating from a broad range of industries – and the sustained success of Wix illustrates the wider applications of Israeli tech.

Recently, Wix announced that the company was expecting to see over $14 billion in revenue over the course of the next 10 years from existing customers alone – with the web development leaders claiming that the Covid-19 pandemic has contributed to an accelerating number of small businesses using its services.

The success of Wix, founded in Tel Aviv in 2006, has been built on innovative services and features that pioneer convenience for its users. In August, the firm rolled out a drag and drop website builder that enables users to create their own websites without the need for any coding. The new feature, called Branded App, will be capable of providing users with a domain name and the ability to manage a customizable website as well as a native mobile app for iOS and Android – among many more services.

Recently, Wix announced that the company had completed a $200 million share repurchase program authorized by directors in May 2021. As a result, the company repurchased 895,136 outstanding ordinary shares – amounting to around 1.6% of total shares outstanding at an approximate volume-weighted price per share of around $223.41.

According to Wix CFO, Lior Shemesh, the repurchase “announcement reflects our confidence in the continued strength of our business and our ability to successfully execute on our long-term strategy. Given our ample liquidity and Wix shares currently trading below what we believe to be our intrinsic valuation, we are able to return value to shareholders while simultaneously investing for growth.”

Wix’s market optimism is shared by market experts. The company’s price rally in the wake of the pandemic has seen its market cap climb to almost $12 billion at the time of writing, whilst Directors Talk claims that the consensus among 18 analysts covering Wix’s stock is that the company represents a solid ‘buy’ opportunity.

Motley Fool also acknowledges that Wix may be undervalued by investors. “Despite its roughly 30% annualized revenue growth rate since 2015, the company still trades at a fairly reasonable valuation. In its latest quarterly report, management estimated that Wix will collect at least $14 billion from its existing customers over the next 10 years, a sizable figure for a company with a market cap below $12 billion,” wrote Fool contributor Ryan Henderson.

Wix’s continual emphasis on evolution and sustained roll-out of convenience-driven features means that the company certainly has space to grow over the course of the coming years. Furthermore, its seamless integration with external tools like analytics platforms Google Analytics and Finteza – as well as other Israel-based web development firms like Ester Digital and Branded – means that the future’s bright for Wix, and Israel’s larger startup ecosystem as a whole.

Israel has increasingly become known as the place for startups to make it. Although the nation has been heavily associated with the strides being taken in the development of leading cybersecurity firms – after all, the country is responsible for 13 of the 33 unicorns globally in this industry – the significant success of Wix illustrates that Israel is about more than just security.

In fact, Israel’s 2021 unicorn landscape is far more diverse than some onlookers give it credit for. In terms of fintech alone, the nation has been making strides, while we’re also seeing far more strides taken in consumer-facing and marketing-based firms reaching unicorn status.

As the data shows, Israel’s strength in generating new unicorns has seen the startup nation consistently rubbing shoulders with some of the world’s largest tech hubs across the US and UK alike. Between late 2020 and early 2021, Tel Aviv produced seven unicorns, leaving the city with a population of fewer than 500,000 residents outpacing the likes of Paris, Berlin, Chicago, Boston and Seattle.

Looking to a Prosperous Future

It’s worth noting that Israel’s startup ecosystem is showing no signs of slowing down, too. Despite a 2020 heavily impacted by the pandemic, Israeli fintech startups raised some $1.48 billion – a marginal drop from 2019’s $1.8 billion. In just the first quarter of 2021, these fintech startups managed to raise $1.1 billion – indicating that significant growth is underway in generating fresh unicorns and building on industry innovations.

Tel Aviv is competing against the Londons, Los Angeles and Bengalurus of this world in terms of generating unicorns. However, if the startup nation’s significant scale-up growth continues at its current pace, we may soon see Tel Aviv making up ground on the Silicon Valleys and New Yorks instead.

Israel has repeatedly shown the world that’s it’s capable of innovating its way towards significant growth, with Wix still standing as a shining example of the country’s thriving tech ecosystem. Now, in a landscape that’s been forced to take note of digital transformation, we could see Israel’s startups reaching unicorn status at a faster rate than ever before – showing that it’s always been a nation that’s excelled across a vast array of industries.