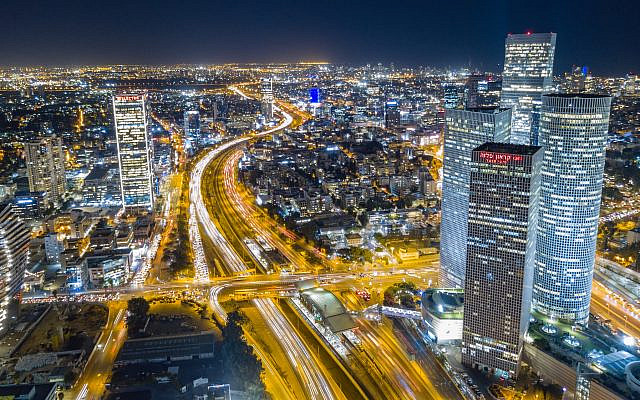 Although it may not have a worldwide reputation just yet, an Israeli firm, Global-E has become an essential part of borderless eCommerce for customers everywhere. Actively breaking down boundaries associated with international selling, currency exchange, language barriers and regulatory compliance, Global-E is actively making international retail a more straightforward process. Now, the company’s IPO has helped to underline the value that Israel’s tech holds in the current initial public offering boom.

Arriving on the Nasdaq, Global-E has adopted the ticker GLBE and made the move to go public following a company valuation of as much as $3.6bn US dollars.

Global-E’s listing comes at a time when IPO are surging in popularity, in the US, 389 initial public offerings have been launched in Q1 of 2021 alone – setting the pace for a record-breaking year.

As the data shows, listings on the Tel Aviv Stock Exchange (TASE) shows that a similar story is occurring in Israel, with as many as seven listings taking place in January alone – matching its 2019 annual total for IPOs in a single month.

As the first quarter of 2021 ended, as many as 30 companies have launched IPOs, raising as much as $910 million dollars. This means that in Q1 alone, the TASE has broken all listing records, although is still some way short of the $4.5 billion dollars raised in 2020 – however, with large scale initial public offerings still to come, there’s every chance 2021 will surpass all records before it.

Global-E stands as one of Israel’s tech success stories, a unicorn having realised its potential with a Nasdaq IPO. Companies like Global-E can play a significant role in the scaling up of Israel’s Startup Nation reputation into a nation where business can not only develop but thrive on a global scale. With this in mind, let’s take a look at Global-E’s evolution into a global leading eCommerce company.

The Company That Wooed Shopify

Shopify has taken a significant amount of interest in Global-E. After Global-E’s initial IPO filing in April 2021, Shopify opted to buy 7.75 million shares in the company amounting to a 6.5% stake and a strategic partnership agreement between the two eCommerce entities – paving the way for Global-E to become an exclusive provider of cross-border services for Shopify users.

Although due to the creation of shares during the IPO process the stake has since slipped to 5.4%, Shopify has also acquired warrants that entitle the company to an additional 11.85 million shares between now and 2023 – potentially bringing Shopify’s stake up to almost $500 million based on current company valuations.

The reason behind Shopify’s enthusiasm towards Global-E will be down in no small part to the Israeli company’s strong 2020 performance. At the end of last year, Global-E produced a revenue of $136.3 million, a 107% year-on-year increase over 2019. Global-E also achieved the necessary level of scaling to generate profits, with a net income of $3.9 million. Significantly, this was a great improvement over the loss of $7.5 million made in 2019.

The company’s net dollar retention rate shows how consistently the company has performed over the past few years – always remaining above 134% since 2018 and climbing to an astronomical 172% in 2020. With these figures in mind, it’s clear that Shopify saw potential for both Global-E and its own company in establishing a partnership.

The evident strength of Global-E can also be seen in the attention its listing has acquired from investors and online brokerages, too. “One should pay attention to how the company’s earnings rise and its potential TAM. It is also advisable to explore the company’s products and what needs they cover, the company’s financial condition, and liquidity. A healthy debt-to-assets ratio, renowned IPO underwriters, and suggested ways to use the raised funds are also worth paying attention to. The more information one can get, the deeper understanding one will have.”, says Maxim Manturov, Head of Investment Research at Freedom Finance Europe.

Other market experts also published articles highlighting Global-E an IPO to watch out for as it went live.

Ramping Up Funding in The Era of The IPO

The Israeli government has famously been highly supportive of its tech economy. When it picked up on the slowing growth rates of seed-stage startups domestically, the Israel Innovation Authority announced a new funding program to boost early-stage startups, freeing up $25 million for the project.

This helps to enable participating companies to access grants worth 40% of an investment round of up to $1.1 million and 50% of a total investment round for startups domestically if the company founders are from under-represent communities in the tech industry like Arab Israeli, ultra-Orthodox or women.

Israel’s attempts to nurture its startups may offer lessons for the rest of the world. At a time when there are significant volumes of revenue arriving from IPO listings, these financial boosts to smaller businesses can lead to the effective scaling of many companies.

In an investing landscape dominated by IPOs and successful startups realising their potential in going public, Israel can show that the nation is a trendsetter in fostering successful businesses – Global-E is proof that Israeli trust in its companies is bringing tangible results.