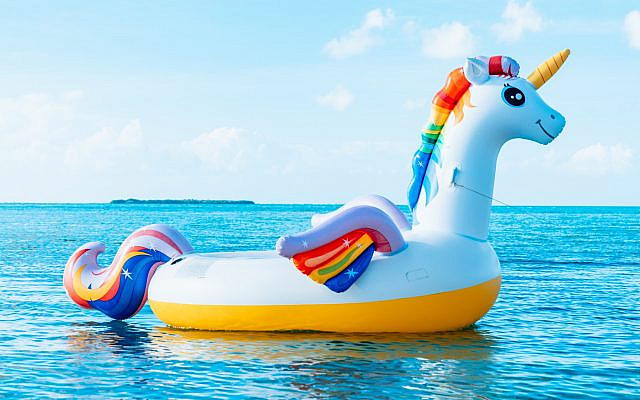 Israel’s reputation as the Startup Nation is being continually cemented at a time of brand new emphasis on healthcare technology. In Q1 of 2021, no less than nine startups achieved unicorn status, with Israel showing that it can be a tech leader in an array of industries – proving that it’s an adaptable place for entrepreneurs to come to.

With an approximate population of nine million and some 6,500 startups, Israel has the largest volume of startups per capita in the world.

In the past five years, Israel has even shown its ability to scale up as well as startup, with large scale investments accelerating the number of unicorns – that is companies achieving a valuation of $1 billion or more – being produced within the country.

The term ‘unicorn’ was coined by venture capitalist Aileen Lee in 2013 as a way of signifying the rarity of startups hitting such an astronomical valuation. However, in the years that followed, there have been over 600 unicorns produced globally – with an astounding 60 being founded by Israelis.

Furthermore, nine Israeli-founded private companies have joined this exclusive-but-widening unicorn club since the start of the year – further underlining Israeli’s emergence as a leader in the world of technology. For an indicator of scale, 15 Israeli startups became unicorns throughout 2020 and 12 reached the same status across 2019.

Israel’s repertoire of unicorn companies is growing at a rapid rate, and has shown no signs of slowing in the wake of the COVID-19 pandemic. In fact, as the health crisis was disrupting business across the world in the first half of 2020, Israel saw 11 new unicorns pop up – almost double that of its nearest competitor in the UK.

Striking a Chord With Advanced Healthcare

Although Israel still leads the way in cybersecurity, and many of the country’s latest unicorns emanate from this industry alongside advanced payment processors as well as other startups specialising in emerging tech, one of the company’s can be looked upon as the startup nation’s adaptability in aiding the development of healthcare.

One of Israel’s brightest new unicorns of 2021 comes in the form of K Health, an AI-powered telemedicine health platform, which announced a $132 million Series E round at a total valuation of $1.4 billion.

Founded back in 2016 by former Wix CEO Allon Bloch, K Health utilises AI and anonymous reporting to accurately diagnose health issues. Coming in the form of a free app, K Health relies on a unique database that can include physician notes, laboratory results, treatments, medical histories and prescriptions to offer accurate, data-driven information regarding the symptoms and general health of a patient.

K Health stands as a successful example of how Israeli innovation is taking centre stage in response to the COVID-19 pandemic. As more businesses look for solutions to cater to remote health and more secure, holistic health insights for patients, it’s likely that we’ll see the startup nation produce more prospective unicorns in the field of health-focused tech.

The success of K Health comes as other Israeli startups are securing growth in the health sector – even companies that have expertise elsewhere are strategically branching out to support the growth in interest surrounding the health tech field.

Recently, Medtronic, a medical device company announced a new partnership with Sternum, an Israeli IoT cybersecurity startup based in Israel in a bid to sidestep the prospect of their internet-based software getting hacked.

Here, the issue wasn’t with the medical devices themselves, but with the remote systems used to update the devices. This meant that life-saving equipment like pacemakers could feasibly be hacked by criminals.

Although the COVID-19 pandemic has placed unprecedented levels of strain on many startups, Israel has flourished in terms of generating unicorns at an unprecedented rate. The timing of this boost to domestic industry could be perfect as the world begins to look for more innovative solutions in order to combat the pandemics of the future.

The demand for tech startups to support this new emphasis on medical innovations means that more Israeli companies are likely to flourish into unicorns as a result – paving the way for a brand new era of scaling for the startup nation.