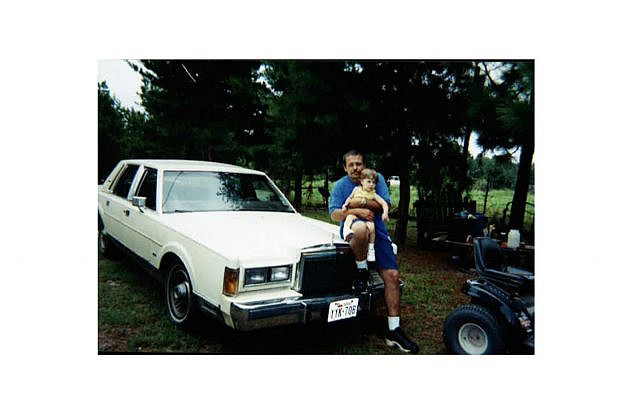 As the world now once again prepares to honor International Holocaust Remembrance Day on January 27th, Texas is marking the occasion by edging ever closer to murdering our innocent and cognitively impaired pen pal Robert Roberson – and to do so using the Nazi legacy that is lethal injection.

Since 2005, the United Nations and its member states have held commemoration ceremonies on the date of January 27th to mark the anniversary of the liberation of Auschwitz-Birkenau and to honor the six million Jewish victims of the Holocaust and millions of other victims of Nazism. These victims include the families of many of the thousands of people in our group, “L’chaim! Jews Against the Death Penalty,” such as myself, who are descended from Holocaust survivors. Also among the Third Reich’s slaughter victims were thousands of individuals living with mental and physical impairment. These were human beings whom the Nazi regime deemed “unworthy of life.” The Nazis put them to death by lethal injection as part of their infamous Aktion T4 protocol, as devised by Dr. Karl Brandt, personal physician of Adolf Hitler. This marked the first time lethal injection was implemented in our world. (Let there be no doubt: lethal injection is, indeed, a Nazi legacy.)

And yet, last year, on Jan. 27th, 2022, how did America choose to mark International Holocaust Remembrance Day, but by lethally injecting not one, but two human beings with documented severe cognitive impairment. Each of these individuals, our pen pals, were given the choice of how they wished to die: either by lethal injection or via the gas chamber, another Nazi legacy. They both chose the former. We wrote about this horrific synchronicity in our post aptly titled  “America’s Angel of Death: Sophie’s Choice, 2.0.”

Around this same time last year, Texas was finalizing plans to kill an innocent woman, our pen pal Melissa Lucio, on Yom Hashoah – Holocaust Memorial Day in the Jewish calendar. With days to spare before her state murder, and only after a groundswell of support and the proliferation of the movie “The State of Texas vs. Melissa,” the Lone Star State realized their mistake and halted her scheduled lethal injection.

As we approach International Holocaust Remembrance Day again this year, we might have hoped that by now America would have learned its lesson in the wake of last year’s macabre mockery of history.

We might have hoped that by now the phrase “Never Again” would mean something in this country this year.

We might have hoped that by now the United States would have heeded the wisdom of Holocaust survivor Elie Wiesel on capital punishment – as echoed in chorus by the members of “L’chaim! – that “Death is not the answer.”

Instead, this year Texas once again is contorting its version of what Supreme Court Justice Harry Blackmun dubbed the “machinery of death” in order to repeat the worst of the worst of last year’s horrific Holocaust Remembrance Day death penalty debacle. The Lone Star State currently is planning to use the Nazi legacy of lethal injection to murder someone who not only is cognitively impaired (like both of last years’ Holocaust Remembrance Day execution victims), but also (like Melissa Lucio) is innocent.

Robert has been our pen pal in L’chaim for years now. He is a gentle, kind soul who lives with a diagnosis of autism. His cognitive impairment has been clearly evident in his many letters to us. More than this, the genuine, faithful and caring person that he is has shown through with every piece of correspondence he has sent us.

This, however, is not what Texas’ “machinery of death” would have us believe about Robert.

Robert was convicted of capital murder and sentenced to death in 2003 for allegedly causing the death of  his two-year-old daughter Nikki Curtis, of blessed memory, in 2002. Similar to the case of Melissa Lucio, who was falsely accused of murdering her two-year-old daughter Mariah, of blessed memory, Robert has maintained from the very beginning that he does not understand what happened to his daughter and that he had no intent to harm her, let alone cause her death.

The more one learns of the details of Robert’s case, the more pathological Texas’ dogged pursuit of death becomes. Despite the absence of neck injuries or fractures of any kind, which one would expect if a child had been violently shaken or battered about the head, at trial Texas theorized that Robert had intentionally killed his daughter Nikki through a combination of violent shaking and impact to the head. Texas’ pathologist characterized these actions collectively as “blunt force trauma,” which she concluded was the cause of death. That is, Texas relied on the theory known as “Shaken Baby Syndrome” to explain Nikki’s death, a theory that has never been scientifically validated. To worsen matters, Texas additionally sought a conviction under an alternative theory that Nikki had been killed in the course of a sexual assault, a hypothesis that even Texas’ forensic experts testified was not supported by any physical evidence. That highly prejudicial and false charge was only dropped at the close of evidence right before the case was submitted to the jury that was to decide Mr. Roberson’s guilt. By then, however, the damage had been done, and Texas’ “machinery of death” had Robert well in its grasp.

The most recent result of these Kafkaesque machinations in Robert’s case came just weeks ago on January 11, when the Texas Court of Criminal Appeals summarily rejected all four of his claims that:

In the two-page decision, none of the specifics of any of the above claims was discussed and no reference of any kind was made to the twelve volumes of new evidence, including thousands of pages of medical articles, which were developed. Indeed, to have acknowledged any of this would have been anathema to Texas’ machinery of death. Instead, the Texas Court of Criminal Appeals relied on the trial court’s 12-page findings, which are based, almost verbatim, on Texas’ proposal. By contrast, Robert’s team presented a 302-page proposal extensively citing and summarizing the new evidence.

The result is that Robert now must try to get the attention of the United States Supreme Court, a proverbial greased rail to the execution chamber, to avoid the imminent scheduling of an execution date.

And so, even as we now look to commemorate the state-sponsored mass murders of the innocent and disabled in Europe less than a century ago, Texas seeks to put to death yet another innocent individual living with cognitive impairment…using the very methods that the Nazis would have used decades ago.

Robert is one of the estimated 4% of human beings who are actually innocent and sit on death rows across our nation. Indeed, in just a few weeks from now, Missouri plans to lethally inject our pen pal Leonard “Raheem” Taylor, who also is innocent. A damning 2021 report called “The Innocence Epidemic” released by the reputable Death Penalty Information Center found that for every 8.3 executions carried out in the United States, a wrongfully condemned death-row prisoner is exonerated.  America’s intractable “machinery of death” has created the perfect storm for this “epidemic,” which has metastasized into a modern plague upon the soul of our nation. Stopping executions is the only absolutely certain way of preventing the execution of innocents. The hundreds of death row exonerees and their family members who form the organization Witness to Innocence will attest to the reality that the death penalty carries the inherent risk of executing an innocent person. For this reason, we entitled our post on wrongful conviction and executions: “Saving America’s Soul: Step 1 – Abolition!”

The common denominator in all of this is the “machinery” of death that the Nazis had refined so well and that states like Texas seem to have codified in their death chamber, highlighting the “banality of execution.” Elie Wiesel referred to this machinery by another name: the “Angel of Death” –  an image which resonates with Jews across the world now as we read the story of our ancestors’ exodus from Egypt. To quote Wiesel:

Some readers may dismiss all of the above by holding onto the fallacy that Robert is guilty of this bogus charge. We would ask anyone of this opinion to look again at the evidence presented in quest of a new trial, evidence that Texas and its courts have simply ignored, and to consider the profound elements of doubt that have consistently been raised in Robert’s case, as outlined on the Justice for Roberson website. We then would ask that they remember the necessarily high bar of reasonable doubt that should prevent the prospect of execution in any case. Renowned Jewish sage Rabbi Moses Maimonides (1135-1204), succinctly invoked this high bar when he famously wrote: “It is better to acquit a thousand guilty persons than to put a single innocent one to death.”

There can be no doubt that executions are not the same as the Shoah. Again, many of our thousands of members of “L’chaim! Jews Against the Death Penalty” like myself are scions of Holocaust survivors. We know very well the uniqueness of that horror. We also are keenly aware of the lessons learned from that singularly nightmarish conflagration. Like Martin Buber, Elie Wiesel and others, we have learned that state-sponsored murder of prisoners is a blood-red line that we never again should cross. If you agree, we invite you to join us at the both “L’chaim: Jews Against the Death Penalty” and at Death Penalty Action.

We pray that Texas will learn this lesson before it is too late for our friend Robert Roberson…and countless others.

Indeed, we pray that one day the Lone Star State, too, shall join our ever-growing chant, saying: