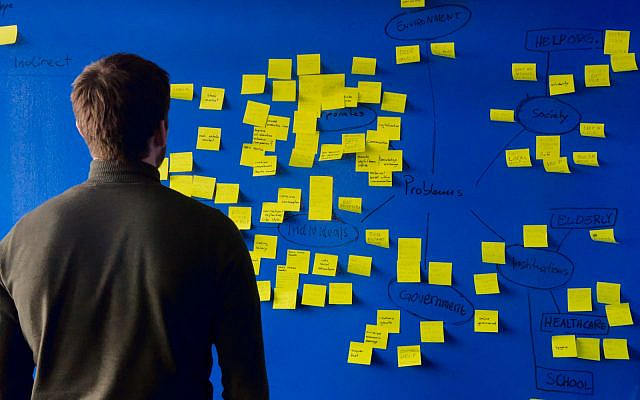 Despite extremely challenging market circumstances, Israeli startups have managed to confound expectations and post blistering fundraising records for 2021 – with 2022 beginning in a similarly impressive manner. The good times are continuing to roll for the startup nation, despite vocal concerns over some ‘areas of vulnerability’ lingering.

In 2021, Israeli startups raised a total of $25.4 billion, steamrolling prior records, whilst the number of businesses engaging in fundraisers worth more than $100 million more-than tripled to 74 over the course of the year.

According to a report by non-profit Start-Up Nation Central, “a big shift in the identity of the leading investors,” is the cause for the major acceleration in momentum, with American funds like Insight Partners and Tiger Global among the most active participants in the Israeli market throughout 2021.

Furthermore, data for 2022 shows that a similar trend is taking place, with startups raising $2.1 billion in January alone. February data shows that a relatively smaller level of fundraising occurred as widespread stock market declines and geopolitical tensions impacted VC confidence in the market, but at $1.4 billion the ‘difficult’ month would still put Israeli startups on course to surpass its 2020 totals.

In February, we could see the focus of Israel’s major financing rounds shift to acknowledge the ongoing growth of geopolitical concerns in Eastern Europe as cybersecurity companies continued to find themselves among the biggest players across the startup ecosystem.

According to Wendy Singer, the outgoing executive director of Start-Up Nation Central, Israel boasts a strong and vibrant tech ecosystem, but certain areas of vulnerability could continue to pose challenges to both the industry and the domestic economy as a whole if left unaddressed.

Significantly, Singer found that the burgeoning Israeli tech industry suffers from a shortage of talent, and that more resources are required to foster new skills in order to fulfill this need and to keep tech startups thriving.

In a recent interview with the Times of Israel, Singer noted that Israelis have “grit and chutzpah and resilience, and a problem-solving gene,” however, “there are areas of vulnerability that, if we are not careful, this thing is not guaranteed.” Singer added that there is a “blue ocean to explore” in terms of nurturing new talent.

“Without the large-scale integration of women, Arabs and the ultra-Orthodox population in high-tech, the primary growth engine of the Israeli economy will be without fuel, and the negative impact will far exceed the tech industry’s relative size in the economy,” added Start-Up Nation Central CEO Eugene Kandel in the wake of the firm’s 2021 industry findings.

Despite such drawbacks, Israeli entrepreneurs have found innovative solutions when it comes to making their talent stretch further, and virtual assistant platforms like Time etc have been strong counters to such vulnerabilities.

Virtual assistants have helped entrepreneurs and Israeli talent to focus more on complex tasks whilst undertaking more time consuming administrative roles. This has helped businesses to better navigate around aforementioned areas of vulnerability in the short term before talent pools can be expanded.

Fostering an attractive environment for talent

Fortunately, Israel has proved time and again that it’s a place that’s ripe for innovation. With this in mind, the shortage of talent domestically may be solved via the help of cutting-edge solutions.

One prospective solution to create a more vibrant working culture in Israel that can attract more talent is the adoption of a four-day working week – which is a trend that’s already begun to reach Israel’s tech sector.

Sage’s development center in Israel has already announced that it will commence a year-long pilot program where workers will begin working four day weeks – from Monday through to Thursday.

It’s hoped that the growth of four-day working weeks can play a key role in fostering an attractive working environment for top talent around the world as a means of continuing to scale towards bigger and better companies domestically.

Israel has shown that it’s still a world leader for innovation – even in the face of jittery global markets. Now the country will seek out ways to secure its growth through the acquisition of new talent that can help the startup nation’s leading firms to grow.