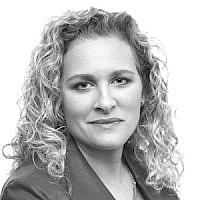 The Blogs
Joanna Landau
Apply for a Blog
Advertisement
Please note that the posts on The Blogs are contributed by third parties. The opinions, facts and any media content in them are presented solely by the authors, and neither The Times of Israel nor its partners assume any responsibility for them. Please contact us in case of abuse. In case of abuse,
Report this post.

Places are like people they have a personality. When you hear the name of a place, an image, concept or value pops into your mind: Paris is oozing romance, Brazil evokes a feeling of fun, and Las Vegas is all about sin.

In the past, personalities attributed to places developed organically, mostly reflecting the character of powerful political leaders, or resulting from successful marketing campaigns (e.g. I©NY), movies, TV shows and the optics of global events such as the Olympics or major outdoor festivals.

But since the turn of the century, place branding (i.e. the strategic management of a country, city, or region’s reputation) has turned into a burgeoning industry, especially in the last decade, as social media dramatically expanded the ability to engage a global audience – both formally (by the place leadership) and informally (by the people who live in that place and are proud of it). With this in mind, it seems that there has never been a time that has highlighted so dramatically the difference between the personalities and character of countries as much as the era of the Covid-19 pandemic.

If you would have asked any millennial before 2020 where they were from, they wouldn’t say “The Netherlands”, they’d say “Amsterdam”; they wouldn’t say “the UK” or “England”, they’d say “London”; and they wouldn’t say “California”, they’d say “LA”, right? It started to look like the demise of countries and political borders as we knew them after WW2 and the fall of the Soviet Union, and it became more about global citizenship, cities that reflect specific shared values, rather than countries that were less homogenous and easy to identify with. Friendships between people on different continents blossomed – before the pandemic when all you needed was a laptop and a connection to WiFi, the world was their oyster, and relocation was not such a difficult, major decision to make. Countries, and national identity, suddenly took second stage to cities, with the onset of a new generation whose identity was created very differently to the generations that came before them.

But all that came to a sudden halt when the skies were closed, travel restrictions were implemented, and what passport you owned became very much a part of who you were, where you could do, and what opportunities were available to you in terms of work, community and travel. In other words – Covid brought back national character, pride and identity. We thought it was a phase, and that it would be over quickly, but two years later, it appears like it’s here to stay.

It began with the admirable leadership of New Zealand and compliance of its citizens that crushed the curve, and the impressive containment strategy deployed by Taiwan and Israel to protect their citizens from the pandemic, well before most countries began to pay serious attention to the virus. As the weeks went on and the horrific effects of the virus became clear, we sang together with the Italians on balconies, felt solidarity with Americans as they lit up the Empire State Building, clapped politely and respectfully with the Brits as they applauded their NHS workers, and watched with concern how the Swedes were experimenting with the notion of herd immunity.

There is a downside to this phenomenon as well. Just as Warren Buffett famously said, “It takes 20 years to build a reputation and five minutes to ruin it”, national reputations are adversely affected by how their governments are handling the pandemic. The British and American governments aren’t tremendously respected for their handling of the surges of infection rates, and reactions to the reliability of the Russian and Chinese vaccinations have been less than positive. Worse still, no one envied the South Africans, Brazilian or French when they were forced to announce that they discovered a mutation of the virus, which was aptly named “the [insert name of country] variant”. “Any publicity of good publicity” doesn’t apply in such a case (perhaps that’s why new variants are being called names like Omicron and Deltacron?

Nonetheless, smart countries are recognizing the impact the pandemic has had on their national reputation and, just like companies, have been quick to leverage this boost in appreciation for their country: The NZ Story Group, for example, a government initiative working to enhance New Zealand’s international reputation beyond natural beauty, recently re-launched their FernMark campaign to increase awareness and appreciation for made-in-New Zealand products.

Jeff Bezos said that “Your brand is what people say about you when you leave the room”. It seems that the pandemic, as heartbreaking and devastating as it is, also offers countries the opportunity to strategically manage their brand and engage with the rest of the world, let people know what they stand for, and yes, dramatically improve how people talk about them (since they are almost always not “in the room”). Taking advantage of this unique occurrence is not opportunistic, it is common sense, and those countries that do so now will reap the rewards for years to come.